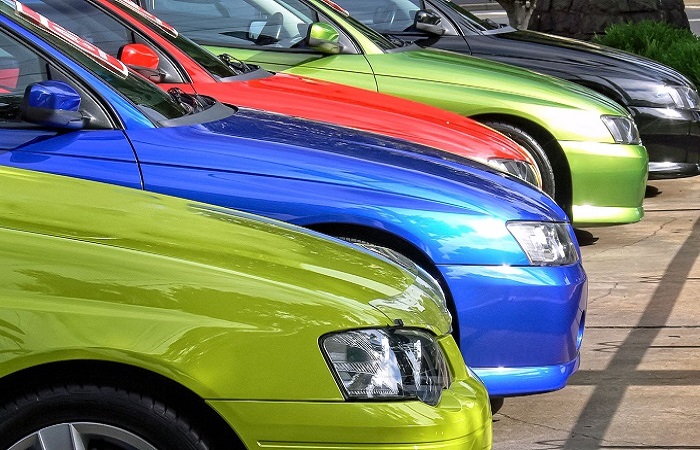 When choosing a car, many people pay attention to its color. After all, one wants to buy such a car, which will be beautiful and stand out from the general flow. But the aesthetic aspect has its flipside, i.e. the dirty pavement, the vulnerability to theft, as well as the limited visibility in low light conditions. So which body color is the most practical and safest?

Many car owners treat their car not as a means of transportation, but as one of the ways to express themselves and stand out in the stream. Representatives of the male sex pay attention to the neutral color palette, namely: white, gray, black, blue colors.

Women like bright shades and give preference to unusual solutions. Among the most popular colors: red, pink, green, blue, yellow, purple.

Each color has its own characteristics and plays not only a decorative, but also a practical role in the car.

Black cars have been in high demand throughout the history of the automobile industry, and this trend is not changing today. According to official statistics, 27% of the Russian car fleet is represented by black cars. Leaders of this list are Toyota Land Cruiser models, Toyota Camry, Mercedes-Benz S-klasse and other executive class editions.

Black color accentuates the special charm of the owner, classical taste preferences and the possibility to keep the dark car in well-groomed condition. Clear lines and elegance prevail in such coloring. At the same time, the process of painting black cars is much easier than models with other colors, and their liquidity is higher.

Nevertheless, the body in dark color quickly gets dirty and loses its initial appearance in the conditions of the Russian climate. Even minor dirt and scratches immediately become noticeable, and in hot regions, the metal can be heated up to +95 degrees Celsius.

If the car has small dimensions, the black color will make them even smaller.

Another one of the most popular colors in the automotive industry. In India, Southeast Asia and China, the share of white cars reaches 50%. In Russia, this value does not exceed 15%.

White cars are actively marketed everywhere and are in demand among creative people who want to emphasize their individuality and attitude to the vehicle as a way of self-expression.

Among the advantages of white are:

White cars cost less than black ones, because enamel with this shade does not require expensive production.

There are 16% of gray and silver cars from different manufacturers and brands in Russia. The mouse shade is in demand because of its practicality and liquidity. Such cars do not stand out in the stream and attract less attention of the thieves. The amount of dirt on domestic roads is enormous, but it is less noticeable on gray surfaces. This reduces the frequency of washing to maintain the presentable appearance of the car.

The gray cars are looked at by the representatives of middle age group, who haven’t tried to stand out and prove something to somebody for a long time. An extensive palette of shades (from “wet asphalt” to light-silver) is found in model range of all popular concerns. So, German company Mercedes paints E-class models in corporate gray shade, reminding about a legendary bolide of its own production called “Silver Arrow”.

Embodying the spirit of racing cars and sexuality. Red also symbolizes power, success and willpower. Psychologists say that this color stimulates the release of adrenaline and creates a feeling of increased speed while driving. The share of red cars in Russia is relatively small – about 6%. The most popular models:

The basic shade of red will appeal to both women and men. This color is popular long enough and has its own audience of fans.

Red cars stand out well on the road and are able to hide small shortcomings and damage to the paintwork. These variants are less exposed to theft, because they are conspicuous in the stream and are not in great demand in the car market. But, unfortunately, the red body is prone to burn out under the influence of ultraviolet rays.

The top five most popular body colors on the domestic market include blue with a share of 8% among all cars. Many people associate blue with the masculine color that embodies menschness, calmness and poise. In traffic accident statistics, blue cars are less common than other cars.

Among the advantages of blue are:

Recently, natural shades of blue with a nautical or celestial direction have become in particular demand. In tandem with metallic paintwork, they give the car a special charm and elegance.

This color is not as popular as previous variants. But still 2% of compatriots drive exactly yellow cars. For someone it is associated with public transport and cabs. At the same time in the model range of VAG concern there is a special shade of yellow for the Russian market – Savannah.

Glossy yellow shades are suitable for sports cars and exclusive models, as they enhance the elegance and high status of the owner. Yellow is in demand in India and China, where it is a symbol of grandeur.

According to experts, yellow is well-recognized on a subconscious level, making the car noticeable in the stream. This is an important plus for safety and practicality. Also yellow is not subject to burnout in the sun and is less likely to be seen by car thieves.

There is no exact information about the number of cars with green color on Russian roads. The average number of the total share of the car market is 3-4%. The main part of the models is represented in the lines of Renault, Skoda and AvtoVAZ.

The green color is preferred by people striving for the unknown, who love adventure and lead an unconventional life, trying not to depend on other people’s opinions. However, the bright green shade is not suitable for all vehicles, and sometimes cheapens them. In this case, there is one principle – the bigger the car, the more saturated its color should be.

Also green and shade of khaki are relevant for off-road cars. The color perfectly blends with the natural background and looks natural on the brutal off-road cars and pickups, designed to operate in off-road conditions.

To keep the body presentable without scratches and dents, it is painted according to the “Raptor” principle.

In its purest form, the color blue is comparable to silver in terms of practicality and safety. However, such colors are not widespread in the domestic space, and the share of blue cars hardly reaches 2%. Psychologists suppose, that blue color is able to calm down and relax a car owner, but it makes the car unnoticeable in the stream, as a result it merges with the horizon.

Bright shades attract women and individuals with an unconventional and creative approach to self-expression.

By international standards, beige and brown are in the same “Natural” group. On the territory of Russia such cars slightly more than 5%. Owners of brown cars are conservative and used to keep everything in their life under control. Such shades prevail in the model range of BMW, Mercedes, VAG and AvtoVAZ.