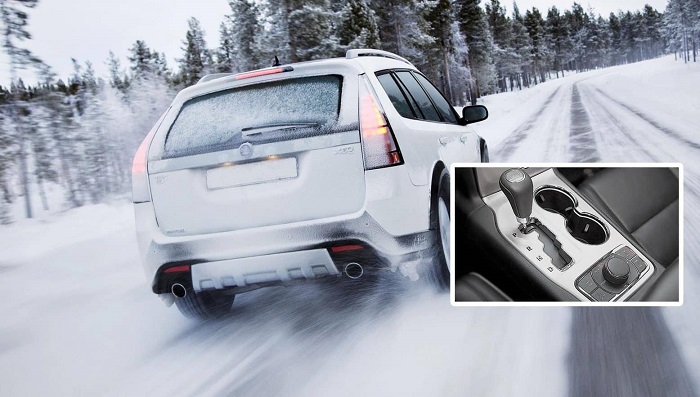 Some owners of cars with automatic transmission mistakenly think that preparing a car for winter operation requires only its warming up. They warm up the engine at idling speed, but this has no effect on the automatic transmission. As a result, the transmission unit remains unheated, so it is subjected to accelerated wear and tear due to incorrect oil temperature.

There are some basic rules, which should be adhered to when driving a car in the cold season. However, many points are universal and applicable in any other period:

Advantages of automatic transmission in winter

Among the key advantages of automatic transmission in winter – the smoothest possible movement of the car, which is extremely difficult to obtain when driving on the “mechanics”.

Many modern cars have “Winter” or “Snow” mode. Its activation allows you to reduce the risk of skidding, as well as improve the stability of the car on slippery road surfaces. After activating this option, the automatic transmission shifts to 2nd or 3rd gear, and the next speed is activated only after reaching the optimal safety level.

Disadvantages of driving with automatic transmission in winter

Even the presence of a special “winter” mode on the automatic transmission does not guarantee full protection against bogging in the snow or slippage on ice. To get out of such unpleasant situation, you will have to ask someone to push the car, as it is impossible to tow it with a rope, like on a manual transmission.

It is also not recommended to drive for a long time in places with a maximum allowable speed of 50 km/h, as it increases the risk of transmission overheating.

Why do you need to warm up the automatic transmission in winter?

It should be noted that compliance with all the rules of automatic transmission operation in winter ensures its durability and safe driving. Some car owners mistakenly believe that it is enough to change the transmission fluid in time and avoid overheating. However, there are a number of other requirements which have a direct impact on the service life and performance of the unit.

There are numerous moving components inside the automatic transmission which require lubrication and cooling with a special liquid. In winter, when oil temperature decreases rapidly, its technical parameters also deteriorate. Insufficiently warmed oil causes premature wear of the moving mechanisms and respectively reduces the service life of the automatic transmission.

Rules of automatic transmission warming up in winter

When it is possible to start driving depends on an admissible number of engine revolutions. If the engine is cold, it is about 1500, and as it warms up, it decreases to 1000 and lower. Then you can begin to move, trying to start without a jerk and at speeds of 35-40 km / h.

In regions with severe climatic conditions, where the temperature falls below -30 degrees Celsius, it is better to start driving with modes D1-D3 (if such are provided). That is, it is necessary to limit switching of a box to higher speeds. Initially, you should overcome at least 100 meters at low speeds, without increasing speeds, and only after that activate other speed modes.

If you have the “Snow” or “Winter” function, just activate it before you start driving, and the system will do everything by itself.

How to start driving in the morning

Seasoned car owners are very familiar with the situation when the car can not move after overnight parking because of frozen brakes. And if there is no possibility to organize garage storage, you will have to regularly solve the problem with the brakes.

A key requirement for safely moving off is not using the parking brake to hold the vehicle in place. Such a decision can cause the car to skid and cause irreparable damage to the brake discs.

In order to minimize it, it is necessary to choose a place for parking more responsibly. And to avoid accumulation of a moisture with the subsequent freezing of pads, you should park your car on areas cleared of snow. It is not a bad solution to stop in places with a canopy that protects against snow.