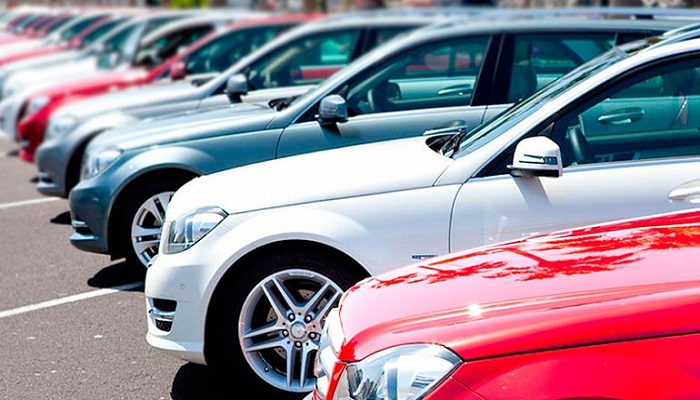 Buying a used car on the secondary market, you should understand that you always risk getting caught by an unscrupulous seller, who will in every way conceal serious interventions in the construction of the vehicle.

In this article we will consider how to find out that the car has undergone a body repair with restoration of the paint coating, replacement of parts for non-original, etc. After all, the factory assembly and painting meet certain requirements and quality standards, and it is extremely difficult to ensure their performance in garage conditions.

Is it necessary to look for the traces of repairing and not factory painting, or there is no sense in it? Of course it is necessary, in fact if you manage to find defects during the superficial inspection, most likely there are more serious hidden defects. And if the car has been painted exactly to factory standards, even an experienced expert won’t always be able to tell that it’s been repainted.

You don’t have to spend a lot of time and effort to realize that the door has been repainted. It may be darker than the body panels, which is due to improper paint selection.

If we talk about the paint type “pearlescent” and “metallic”, then they are applied exclusively with a transition (spraying) on the related parts, and the treatment of varnish is made at once for the two parts. In this case, the differences in shade will not appear. If the part was repainted without observing such principles, which is often the case, the painted construction will have significant differences from the unpainted one.

You should also take into account that the paint on plastic bumpers is slightly different in color from the factory. Such a phenomenon is due to the specifics of the material that has been painted.

Borders on the edges

Performing an external inspection, it is necessary to carefully assess the condition of the edges of openings and panels. The presence of sharp transitions from the front parts to the interior parts is not allowed.

Likewise, think of the openings: it is unacceptable to feel the sharp transition from the outside of the panel to the opening. Painters often seal the border with masking tape, over which the covering material is applied. After the painting work is completed and the tape is peeled off, there is a slight difference between the layers of paint, the so-called “step”.

Nowadays, there are different foam tape for openings, eliminating the appearance of such a border. However, many craftsmen still use only masking tape in order to save money.

Any gaps between the fenders, trunk, doors, hood and other body parts should be identical on each side. Doors must move freely with no outside noises. If there is a difference in the clearances, there is every reason to believe that the parts have been removed for painting.

Naturally, responsible painters in reputable workshops can make sure that the gaps will be preserved, even if the car survived a serious accident. However, many domestic car owners are used to sending a damaged car to the insurance company or selling it for the minimum price immediately, without asking for help from specialists, because restoring the geometry after an accident is not a cheap pleasure.

A folding knife, a flat wrench, or at least a finger will do for checking clearances. Try slipping a wrench into the gap on one side and then the other side, and assess the result. You don’t have to be overly picky about cars with 10-20 years of experience, as the likelihood that they haven’t been in an accident is extremely slim.

Before painting body surfaces or individual elements, some professionals cover parts that should not have been painted. Covering masking materials and masking tape are used for such tasks.

In some cases, there are places left uncovered that later become dirty with paint. For example, it can get on the edge of the rubber gasket or the rubber conduit for the electrical cables.

Detecting such marks is extremely easy – for example, if the body is light and its shade looks different than the black gaskets. If the car itself is dark, however, it is more difficult to check.

Body parts, paint on the bolts

If there are scratches and chips on the hood, but the fenders, bumper and other parts look perfect, it is a cause for doubt.

Naturally, almost all cars on the secondary market have defects of paintwork, which are inevitable in the process of operation. But if the car is shiny and looks like polished, there is a high probability that it was repainted in order to hide some defects. There will be traces of special paste along the edges of polished body parts.

You should also be alert if there is no factory paint on the bolts holding the hood and doors. This indicates that they have been dismantled. Experienced painters are well aware of such nuances and try to paint them the way the factory did. In such a case, you should look closely at the thickness of the layer, drips and swells. Sometimes the bolts have control strokes from the factory, which helps considerably with inspection.

If your car has had a glass replacement, you’ll be able to tell by the different markings. Just look at the number on the bottom line. Ideally, it should be comparable to the year of manufacture of the car, and on all windows. Otherwise, there is a reason to consider that the windows were broken because of collision or actions of intruders wishing to steal valuables.

As for the windshield, it is even more difficult, since it gets sandblasted by the air while driving, and it becomes covered with tiny scratches and craters already after 4-5 years of exploitation.

Experts state, the windshield is an expendable item, so don’t be surprised if on a car with 80 thousand km run it is heavily scratched or replaced. But if we speak about 3 years old variant with run of 30-35 thousand km, such signs make people watch out.

Traces from sanding under the paintwork

In case of serious damage to a body part, putty might have been used during repair, and it had to be leveled by sanding. Naturally, there may have been traces of sanding paper left on it after such actions.

Any changes are particularly noticeable on dark machines under bright light. They are usually due to errors and non-compliance with sanding technology. This is a significant sign that you should look closely and be alert to.

Condition of the headlights

Upon visual inspection, the elements of the optics should have an identical level of wear. If one looks cloudier, has scratches and doesn’t shine as well as the other, chances are it was replaced due to an accident. Because of this, used used cars often have headlights from different manufacturers and with different year of manufacture.

In automobile practice it is not uncommon to find cases when the car was in an accident, but the headlight glass remained intact, although the body was completely damaged. There may be a lot of flags inside such a device due to dripping from the back side. If the damage to the housing happened a long time ago, in addition to water, you can find dirt and even a greenish buildup there.

Cheap headlights from questionable brands often sweat the entire housing. In addition, they have gaps between the body panels due to inaccuracies in geometry.

Other signs of body repair

To know about serious body repair, you should carefully inspect the glossy surfaces of the paint coating. Side panels are checked by inspecting at different angles. If you do it at a right angle, you can miss some defects and irregularities. It is important to make sure that the lines are perfectly flat in reflection.

In addition, don’t forget to inspect the bolts that were used to bolt on the hood and fenders. They should have the same color as the bolted parts. You should also check the thickness of the paint applied to the metal parts with a thickness gauge.

Evaluate each panel or pay enough attention to potentially suspect areas. In the case of a factory paint job, the primer and paint thickness will be the same everywhere.

The vast majority of cars that drive on our roads have ever been bodyworked and painted. You have to be sober about the situation, understanding that “beat up and painted” is not a sentence. Individual cars after restoration look almost the same as they did before it, and all the subtleties of the repair work have been followed exactly to factory specifications.