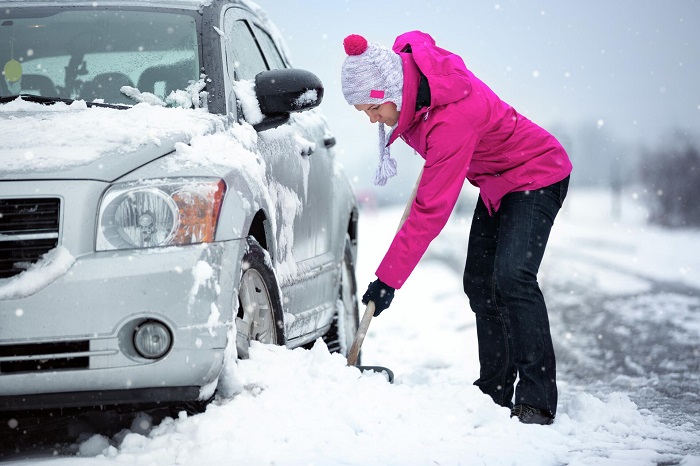 With the onset of winter, residents of many regions of Russia are faced with various weather surprises. The showers are replaced by snowfalls, followed by heavy rains again, which leads to the appearance of dense drifts with bare ice under them. Driving in such conditions becomes a real challenge even for experienced drivers, not to mention beginners. And if it so happened that you got stuck in snow, it is important to act correctly and cold-bloodedly, so as not to allow expensive car repairs because of the made mistakes.

How not to get out of a snowdrift with the car

What not to meet on car forums about how you should ride out of snow drifts, and how not to do it! Sometimes you can see really useful advices, and sometimes – sheer nonsense. And unfortunately, the concentration of the latter is often higher. After all, how else to explain the fact that many drivers make such trivial mistakes when they want to get out of the snow trap. Consider common blunders when getting out of a snowdrift.

This is likely the most common mistake made by novices and more skilled motorists alike. Trying to pass an obstacle quicker, drivers overpronounce, after which the car slows down, sinking even deeper into the snow. When the car finally “stands up”, it becomes practically impossible to get it out without assistance. A more effective way is a rocking drive with cautious speed increase during pendulum movements.

In the practice of motorists it is not uncommon to observe “colleagues in the shop” who immediately get behind the wheel, not even paying attention to the situation near the vehicle. Relying on their skills, electronics and “iron” of the car, they only aggravate the unpleasant situation.

Having appeared in a deep snowdrift, the car will not move at all, and it has to be towed. To avoid such consequences, it is necessary to work a little with legs before driving, and even better – with a shovel, to clear a place under wheels and bumpers.

All modern cars have many electronic assistants, which are aimed at facilitating the life of the driver and assisting in various emergency situations. Among such complexes – ESP system of directional stability and other means.

However, if they are effective on asphalt covering, then when driving on snowy drifts, you should not expect much help from them. Moreover, electronics often “brakes” the car at slipping of one of wheels, delaying the process of release from snow captivity. To solve the problem, you will have to disable ESP, which many motorists don’t even think about.

Drivers also make the following mistakes when trying to get out of a snowdrift:

Some car owners, after discovering a heavy snowfall, simply leave the car in the parking lot and get to work by shuttle or cab, thinking that in 2-3 days the snow will melt on its own. In practice, the situation only gets worse, because the snow cover becomes dense and caked, causing problems with shoveling it out. Therefore it is better to try to get the car out of such a trap immediately, moving it to a new, safe place, or trying to drive a track.

Why does a car get stuck in snow so easily?

The reason a car quickly gets stuck in a snow drift is obvious. Under the influence of a large mass and minimal contact area of each wheel with the surface, a heavy car is literally squeezed into the deep snow through each point of contact. In the absence of a solid support, the “iron horse” gets permanently stuck. Due to this, the caterpillar vehicle, though several times heavier than the wheeled vehicle, has a greater cross-country capability, since the multi-ton load is evenly distributed along the road.

Off-road vehicles have a wider wheel profile and a larger contact patch, but due to the greater weight of such vehicles, it is also problematic to get out of a snowdrift. In some cases, high speed helps to cope with a difficult section of the road, but here you need to consider the likelihood of the final squeeze into the snow trap with a deeper burrow.

As for the type of snow in which getting stuck most often occurs, there are no statistics. But in most cases, drivers are trapped in snow while driving on a hillside, or stuck in deep loose cover, which may contain a layer of ice underneath.

Experienced motorists believe that the term “stuck” can be applied only when the snow reaches the bottom. And when the car stops moving at all, it’s time to think about evacuation.

Basic ways to get out of a snow drift

Consider a few ways and tips that will help get free of the winter trap.

The most basic recommendation – as soon as you find that the car “sits” in the snow, try gently pressing on the pedal with a turn of the steering wheel to move out of the way. If the front wheels are driving, they are very likely to catch on the edges of the pit, rolled out during such movements. If the car is rear-wheel drive, the wheels on the front axle should stand exceptionally straight, and it is not recommended to allow slippage.

In this case, it is necessary to move as slowly as possible, practicing the technique of “swaying”. It is important to try to get to the upper edge of the pit, where the wheels sit, and then quickly switch to reverse gear and repeat the action “move-brake-back gear-brake” with a gradual increase in amplitude.

Carrying out such manipulations on a car with a manual transmission is much easier than on an “automatic”. In the second case, the success of getting out of the snow captivity depends on the skill of the driver, as sharp shifts of speeds on such transmission are inadmissible.

Another tip, which helps in most cases – digging out the snow with a shovel or improvised means. Try to remove the snow in those places where the car is confidently “grounded”. If you have footings, jump on them to lift the car for a while and clear those areas. You can also dig an alternate path for the spinning wheel to slip out of the recess.

If your car has a compressor, try another method, namely deflating – tires to 0.8-1.0 bar. On wheels with reduced pressure, the contact area is much larger. The tires on the drive axle have a better grip on the surface, and the driven tires are less likely to fall through the snow. The method is very effective, but requires some effort and time, as the wheels will have to be inflated immediately, as a long ride on deflated can significantly damage the rubber.

If all the previous methods did not yield results, it is necessary to resort to the muscle power, asking for help from other people. And the most obvious method for the release of the snow trap – a rope. The main thing – always have it in the trunk, and we are talking about a special towing device, not a metal product that can damage the lugs or cause damage to the body parts.

If the tow vehicle is equipped with a reduction gear, it should be activated to avoid slippage.