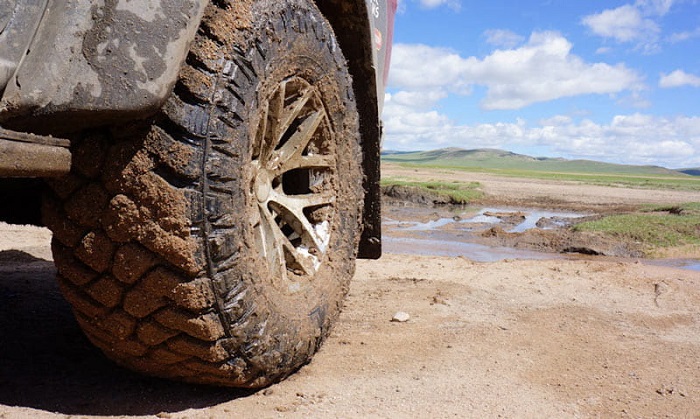 What is the permeability of a car? It is how easily it overcomes road obstacles. The term “cross-country ability” is most often used in relation to off-road vehicles and all-terrain vehicles – they really have high power characteristics. Modern jeeps are able to overcome snow drifts, holes and potholes, deep puddles, greasy mud, quicksand, swampy ground and forest thickets. But not everyone is the owner of such cars, but it is desirable to overcome obstacles easily. Is it possible to achieve this in any vehicle, not only in a powerful off-road?

What affects the passability of the car

Several factors affect the ability of the car to move off-road:

If the engine works, it gives out torque in any case – it is a myth! Torque only occurs if there is a load (resistance), that is, the engine is doing useful work. Without resistance there is no torque.

Degree of passability = ultimate traction / drag force.
The same is true for a wheel that is helplessly stuck. This often happens with vehicles equipped with an interwheel lock. If the off-road vehicle hits ice or hangs in the air with at least one wheel, the other wheel that is on a common axle with it will also lose its support. The torque on all wheels and the flywheel of the power unit will disappear. That is, one wheel will stand motionless, and the other will rotate idly. And all because there is no resistance – no torque.

Thus, to cope with the situation, it is necessary to provide the engine with resistance. Actually, this is the basis for the action of any system that increases the passability of the car.

It should also be mentioned that the majority of motorists believe in omnipotence of onboard electronics. But does it justify its destination in all situations? Is it possible to artificially increase cross-country ability?

3. If the wheels are deeply embedded in the snow, you should put under the wheels of anti-buckets (automobile tracks or sand-trucks). They are profiled aluminum, steel or plastic plates. However, they cost money, and we’re talking about free tools here.

In the absence of sand-tracks, you can use improvised means: sticks, planks, twigs, etc. Just tuck them under the snow buried in the driving wheel in the direction of travel of any brand of car and get out of snow captivity relatively easily.

Let’s move on to more serious options. Car anti-skid chains are reinforced chains, in which longitudinal cables are connected by links. The chain completely covers the perimeter of the wheel, acting as a removable tread. The set includes two attachments – on the two front wheels. On slippery, rolled ground, snow chains are quite effective by improving the traction of the treads on the surface.

The chains’ unpretentious design, low cost, compactness and ease of installation are their advantages. But they are not universal – the chain is selected under the car of a specific make and model. That is if you change the car, there is a great probability that the chains bought for the old car will be out of order.

There are also mud chains. They are effective not only on ice, but also on snow, clay and sand. Their design is such that there is simply nothing to clog, and they cost much cheaper than antiskid chains. But there is no mechanism of self-tensioning in such chains, that is why after installing the mud chain one should get out of the car and manually pull it up in ten meters.

But there is one big disadvantage with antiskid and mud chains – they can easily damage expensive light-alloy rims.

Another similar option is composite chains. They have a typical tread pattern, so they are often referred to simply as “nets”. They can be used on short stretches of snow-covered road. The low degree of reliability does not allow using them for a long time. But the “nets” are more gentle on alloy wheels than chains.

There is a cheaper alternative to anti-skid and other chains – belts and bracelets. They work identically, but last less. Belts usually use polyurethane to make them. You can also buy plastic products with steel pads, popularly called “grundogs”.

The straps are a chain sawed into pieces. To get out of the snow captivity, you need to put three or four bracelets on each wheel, but sometimes one is enough. The prudent drivers put on these devices beforehand, before driving on the difficult road. And they are right, because it is much harder to put the bracelets on the wheels, trapped in the snow.

Of the disadvantages: a strong wear of the products, the lack of smooth running of the car.

It is not uncommon even on four-wheel drive cars are factory highway tires. On a muddy or slippery road, they begin to slip. To drive off-road, you need special tires to help you get over mud, slush, wet, muddy ground.

We recommend “re-shoeing” your Jeep in tires with Mud Terrain or All-Terrian tread. Such tires allow not slipping on heavy roads and even frank lack of roads.

But such techniques as braking the rotating wheel, tightening the parking brake, using various devices, appropriate tires and even artificially increasing friction in the differential only provide conditions for the emergence of torque in the right place. There is no “redistribution” of torque. Therefore we pass to the most expensive ways of increase of cross-country ability of the car.

The most indisputable variant is the device of both axles. But for this purpose, it is necessary to install two motors: in front and behind, as, for example, in Citroen 2CV 4×4 Sahara. In this all-wheel drive car there was no mechanical connection between two axles. If the second engine failed, or for economy reasons, the car could move on one motor.

Nowadays, on hybrid parkettes, an electric powertrain drives the rear axle. Automakers say it is possible to equip each wheel with its own electric motor. Maybe such cars will be produced soon.

Another option is to connect a transfer case shaft to the front axle. Due to the hard connection of the axle, both PTO shafts will rotate with identical frequency. Such scheme increases cross-country capability of the car due to simultaneous rotation of at least two wheels, but it is not suitable for diagonal suspension.

You should keep in mind that the more effective way to increase the cross-country ability of a vehicle, the more expensive it is. But as we can see, there are a lot of options, and there are many to choose from.