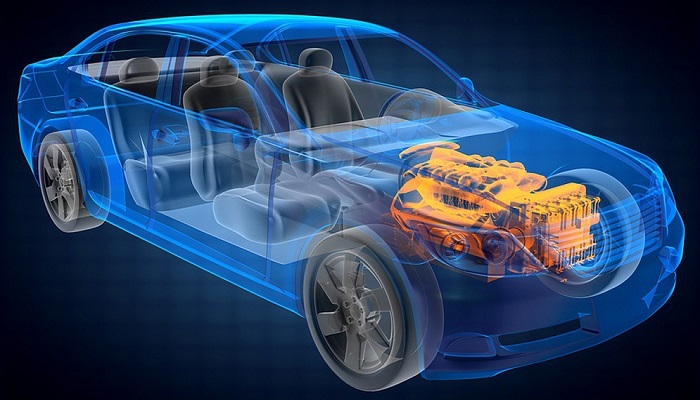 Many motorists prefer cars with powerful engines. And this is due not so much to their love of high-speed driving as to the desire to get better dynamics and acceleration out of the vehicle. Responsive response to the accelerator pedal helps drivers when maneuvering in the city and overtaking other cars on the highway. And to increase the factory power of your “iron horse” is much easier than it seems. For this you need to have some equipment and basic skills. And if any difficulties arise, you can always solve the problem by asking for help from the appropriate experts. Let’s consider the main ways to increase the power of the engine.

No power unit will be able to unlock its full power potential if some part of the energy will be spent on resistance to mechanical losses. Naturally, it is impossible to level this factor out completely, but it is quite realistic to reduce it.

In this connection, the leading automobile concerns began to use in the engine construction components made of light alloys, while retaining the initial dimensional parameters. Such parts are often sold on topical sites. Once the lighter pistons and connecting rods are installed, the engine requires less effort to crank them.

If you have basic skills in the re-equipment of the car, increasing the engine power with your own hands will not be difficult. For example, you can use a lightweight flywheel and extract from it up to 3-5% increase in power.

The same applies to forged pistons, which have less weight and a large margin of safety. But since this method does not provide a serious increase in power characteristics and acceleration dynamics, it is used as an addition to the overall set of measures.

It is also important to reduce the friction force of mechanical parts, for which it is necessary to apply high-quality engine oil with appropriate additives. The compositions of domestic brand Suprotec, such as “Aktiv Plus” or “Aktiv Standard” have good tribotechnical indicators. Their use allows you to form a special layer, which eliminates the micro-damage on the surface of metal components. In addition, the tiny nanostructure preserves the density of the oil layer.

It’s no secret that the energy production of an internal combustion engine occurs with the combustion of fuel. Accordingly, the more of it gets into the chamber, the more powerful the unit will be. In addition, it is important to ensure ideal conditions so that the fuel-air mixture burns completely and with optimum efficiency. This can be done as follows:

Each option requires more detailed consideration. To increase consumption and, accordingly, to raise the power, it is enough to buy fuel with a higher octane number – for example, gasoline AI-98.

Another effective way is chip tuning, which involves re-flashing the electronic control unit. The method is often practiced by car-care center employees, but it implies interfering with the factory settings and reduces the engine’s operating life.

To raise the oxygen supply, it is necessary to install an air filter with zero resistance. However, such a component has lower filtration capacity, which will negatively affect the engine life due to the wear of friction parts by road dust.

It is also possible to apply a turbocharger, which will allow you to get up to 30-50% increase in power. Naturally, such part is not cheap, because there will be a necessity of additional upgrade of the cooling system.

If the car is equipped by default with a turbocharger, it is possible to get more “horses” by installing a more powerful unit. But such manipulations inevitably shorten the life of the engine.

If you’re wondering how to boost the power of an 8-valve engine or any other variants, you need to pay due attention to the exhaust system. The faster the exhaust is exhausted, the better the fuel-air mixture fills the cylinders. Thus, the power reserve increases significantly.

Among the effective options to solve the problem you can consider, in particular, the installation of a new manifold. The method gives insignificant results and implies the installation of the so-called “spider” instead of the regular part. Such a development increases the torque at all revs.

It is also possible to use auxiliary devices. Some specialists cut out the catalytic converter, installing a straight-through flame arrestor instead. Such an upgrade will increase the power by 2-3%, but will seriously reduce the environmental standard, making the exhaust more toxic. In addition, the toxic gases entering the interior of the car have a negative impact on the body of the people there, endangering their health.

Pros and cons of chip tuning

As mentioned above, chip tuning is the most popular way to increase the power of the “steel horse”. It does not imply any intervention in the mechanical part, since it boils down to changing the parameters of the electronic control unit responsible for controlling the work of the internal combustion engine.

To begin with, let’s consider the disadvantages of the method – they lie in the fact that the requirements for fuel quality increase. At the same time, when performing ECU flashing to Euro 2, toxicity of exhaust and CO concentration increases.

Besides, it is extremely difficult to perform chip tuning by yourself, without experience, so such modernization implies resorting to a specialist and, accordingly, additional costs. If we talk about the pros, they are as follows:

In terms of price/quality, chip tuning shows the best results. Besides, it is much easier to perform than interference in the mechanical part, and if any failure or desire to roll back to the previous firmware, you can do it literally in 10 minutes.