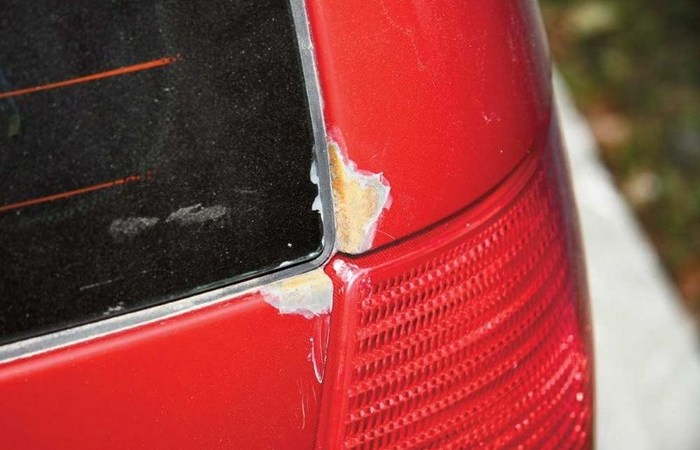 A scratch or a chip is not what a motorist wants to see on the surface of the paintwork of their car. And that’s because any such defect may end up in a short-term corrosion development. Rust is one of the most pernicious things in the matter of body exposure. Is there any way to keep a scratch from destroying it?

Leaving bare metal of automobile body under direct influence of atmosphere, especially in conditions of “hospitable” climate, is not the best idea. However, there are different situations in life. Most often, the driver can not throw everything and rush with your favorite “swallow” in the hands of a car service, where it will be immediately set to save the qualified specialists.

Therefore, it is very important to self-maintain the place of damage, in order to protect the unprotected paintwork metal from the effects of road reagents, rain, snow, dirt, etc. For this purpose you can use Solidol or Lithol. The substances are applied to the place of a chip or scratch in a thin layer, and then carefully smeared with a finger on the edges so that the substance completely covered the dangerous defect with its mass. Such “putty” will be conspicuous from the outside, but at first it will reliably and cheaply protect the paint from further damage.

It is quite another matter, if a chip or a scratch on a paintwork was not detected at once. And, for example, the driver has already had to drive with it for six months. In this case, the process of at least surface corrosion has already started. If there is no money, time or possibilities for a trip to the car service, you will have to save the situation with the help of available “crutches”. First the place of damage is treated with a manganese-based rust converter. Subsequently, the place of the chipping can be treated with the same composition again. Machine oil or grease can be applied on top of the converter. Not too pretty, but you can drive for a few more months. Certainly, sooner or later, you will have to call for professional help.