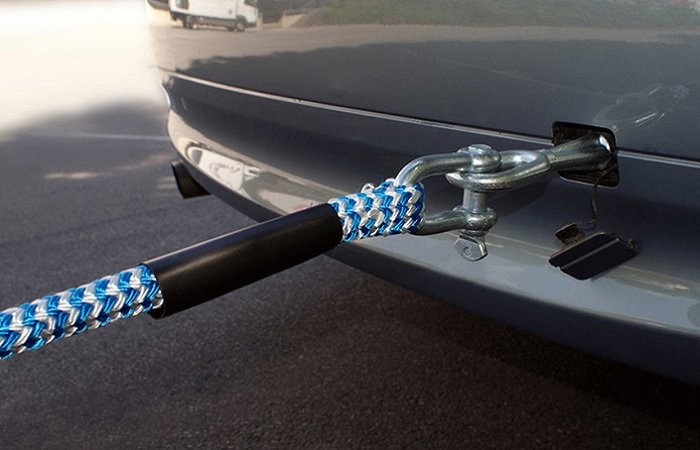 The prospect of staying in the middle of the road on a car that for various reasons, refuses to go anywhere, is quite real for any driver. And if you can easily and inexpensively use the services of a wrecker within the city limits, then at a significant distance from the nearest settlement car owners often resort to towing with a rope and a towing car. But what to do if the car is broken down with an automatic transmission?

Can cars with automatic transmissions be towed?

Before you start towing, be sure to read the manual, which by unwritten rules should be in the glove compartment of your car. Some models of automatic transmissions are strictly forbidden to be exposed to external loads, including the ones, which appear while towing when they are not working.

Such devices include cars with automatic transmission with nine or ten gears. Being especially complicated and with a big number of rubbing parts, such gearboxes start overheating almost right after the towing starts and may fail even after a couple of km.

Conventional classic automatic transmissions have a system of pressurized oil supply to the friction parts, which include brass bushings, friction blocks and shafts. Naturally, there will be no oil pressure when the engine is off, and the wear and tear on the parts when towing if the engine is not running will increase noticeably.

Towing a vehicle is an even more complicated and dangerous type of vehicle movement than simply driving a serviceable vehicle normally. An important consideration in towing is having two experienced drivers, one to tow the faulty vehicle and the other to get behind the wheel.

There are uniform towing requirements for all cars – let’s combine them with the rules for towing cars in an automatic transmission:

3. Despite the fact that the allowed speed of towing up to 50 km / h, if it is not covered by road signs, you should keep a low speed – no more than 20-30 km / h, otherwise there is a risk of premature overheating the box and increase the cost of repairs in multiples.

Note that if the engine is running, one may tow the car at any speed and for any distance, but only at neutral speed.

If not, and towing in the usual way for your box is prohibited, then for front-wheel drive cars you can use a rigid coupling in the fork lift, which can be rented for a very token amount of one and a half to two thousand rubles per day.

Rear-wheel drive and four-wheel drive cars have the opportunity to remove the driveshafts, as a result of which the engine-wheel coupling will completely disappear, and it will be possible to tow the car to the nearest service station as many kilometers in the usual way, with a cable without the risk of damaging anything in the gearbox.