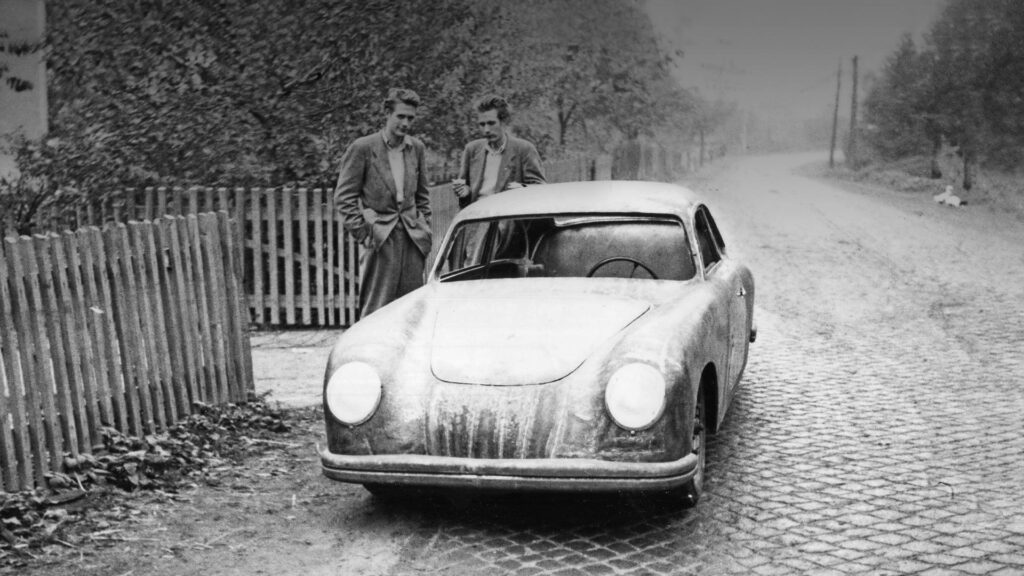 The history of this car is replete with vivid details and would be a good basis for a strong script: striving for the dream, meeting with historical figures, the Stasi, and an odious prison. And all because of a desperate desire to have his own Porsche, living in the GDR behind the Iron Curtain. Here’s how it was.

The story actually began in the mid-fifties in Dresden, where two 22-year-old twin brothers, Knut and Falk Reimann, fell in love with a Porsche 356 and wanted one just like it.

But there were two big problems on the way to fulfilling that desire. The first was that the 356 cost 11,400 deutschmarks at the time, just like the Mercedes-Benz W 180 six-cylinder Pontoon (E-class of those days). And that’s for some 44 hp coupe on a shortened Volkswagen Käfer chassis.

Secondly, Dresden was in East Germany, and Porsche was produced in West Germany. Production of the people’s Trabants and Wartburgs was just being planned, so there were especially no options for car enthusiasts. Either some pre-war car or BMW 340. More precisely, the EMW 340.

The BMW 340/EMW 340. Note the logo – they didn’t bother with it much after the renaming, just replacing the blue colors of Bavaria with the red of Thuringia, where the plant was located. 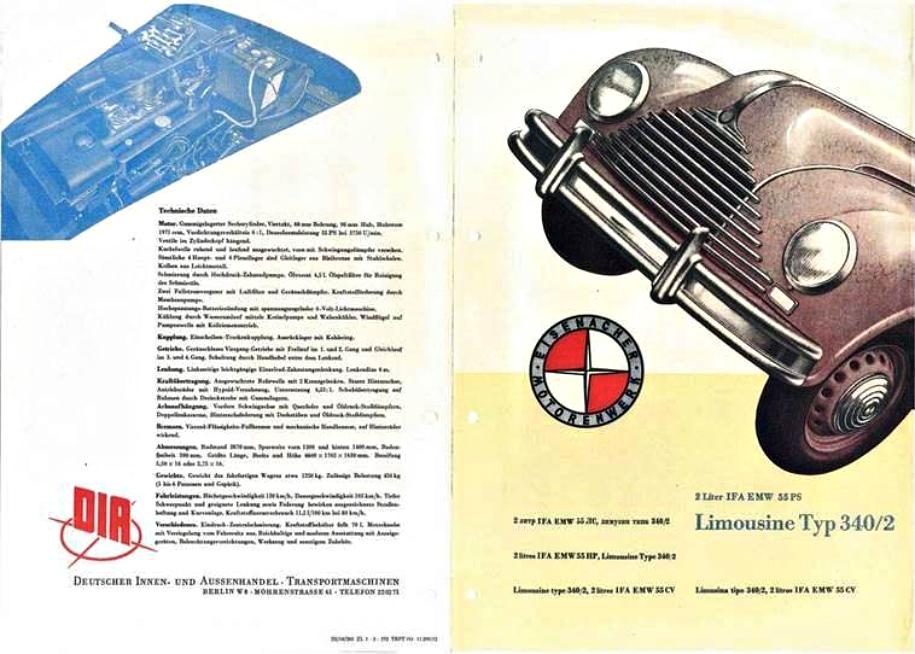 There was a plant in Eisenach, which before WWII belonged to the Bavarians, and after the war, being in the Soviet occupation zone, continued to produce cars under the BMW brand, which caused violent protest of copyright holders. It had to be renamed.

In general, at some point, the brothers came up with a straightforward formula, which Soviet motorists soon discovered: if you want something, you have to do it yourself. And from that two pluses flowed at once. 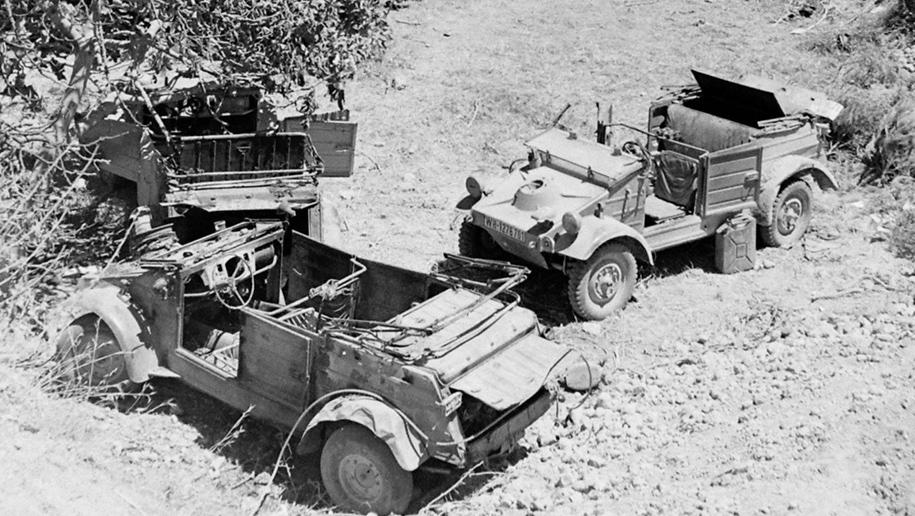 Abandoned and damaged Kubelwagens based on the Beetle were a source of spare parts even after the war.

The Reimanns went to the battlefields around Berlin, where they found various parts of Volkswagen Typ 82 Kübelwagen wartime SUVs: the engine, the floor, the torsion suspension parts. After all, the Kübelwagen, the Beetle and the 356 were all based on the same chassis designed by Ferdinand Porsche.

Secondly, Knut and Falk were graduate engineers and worked at the Lindner atelier. Before the war it had built custom car bodies, but now it was looking for new sources of income. 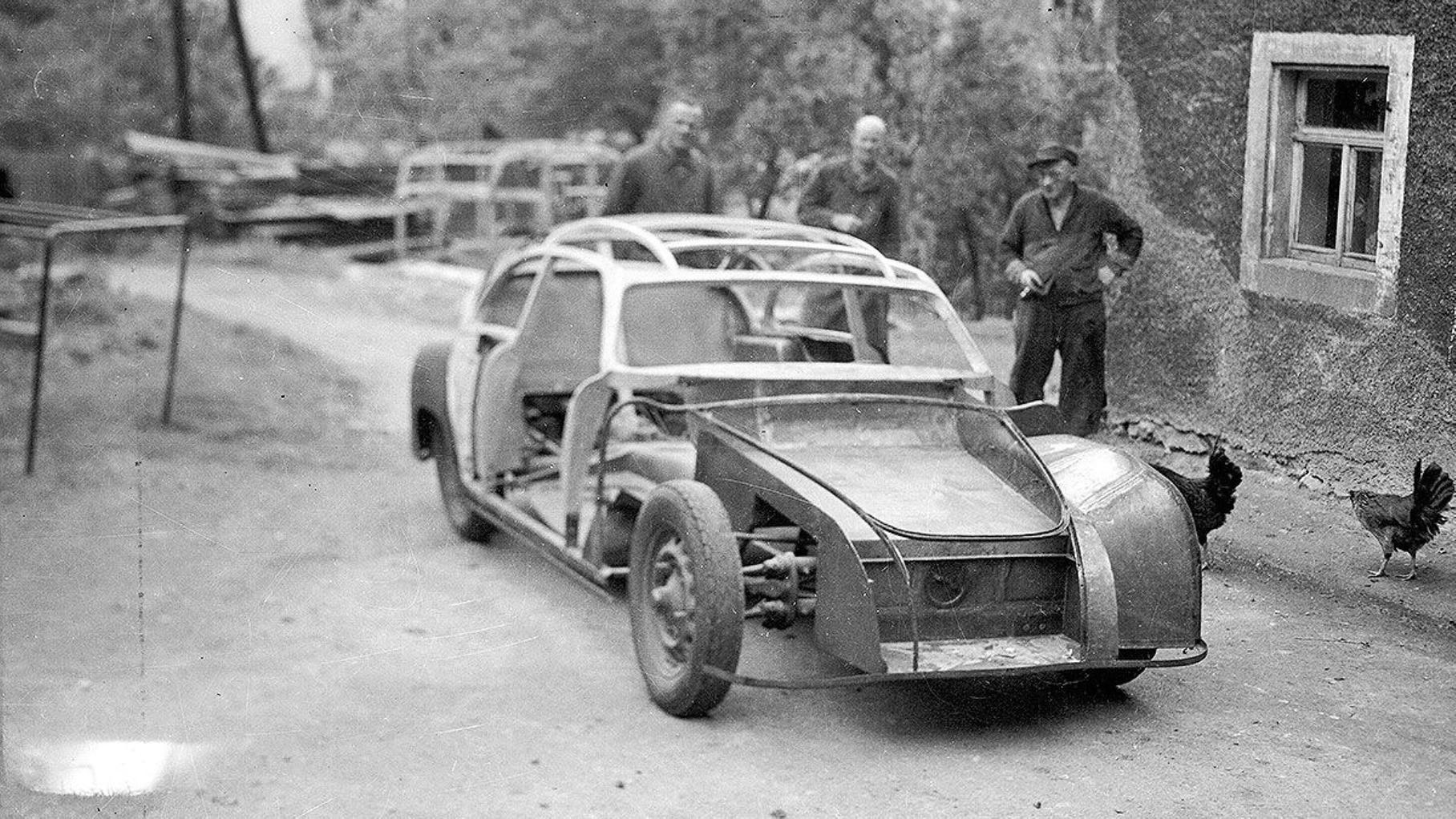 It remained, using the resources of the atelier, to assemble one car from the remains of the Kubelwagens and attach a Posche body to it. But where to get it? For that, the brothers got scrap metal, fifteen crumpled hoods from Ford trucks, and stamped out the body panels using wooden templates.

Fortunately, even at the parent Porsche plant, the left and right sides of the body could differ so much that poor-quality parts were noticed by Ferdinand Porsche without instrumental measurements. 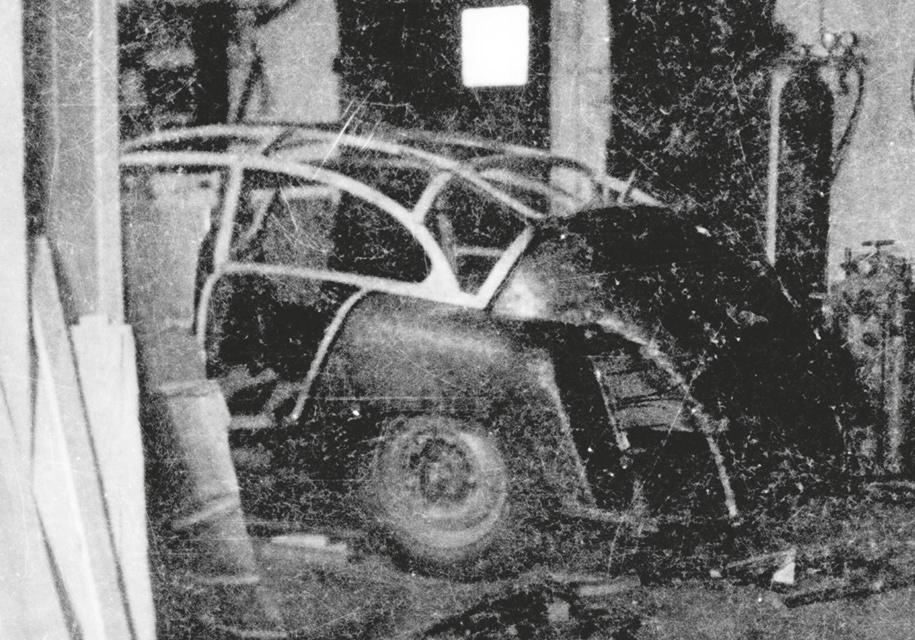 It took thousands of man-hours to produce the metal panels, which were then attached to the wooden frame. Knut and Falk even managed to relatively closely reproduce the shape of the original, although on closer inspection their creation looked like a Chinese scale copy – kind of similar, but clearly something is wrong.

And the Reiners had to find and assemble parts from everywhere. Door handles, for example, were taken from a prewar BMW. The wheel covers came from the same Beetle. 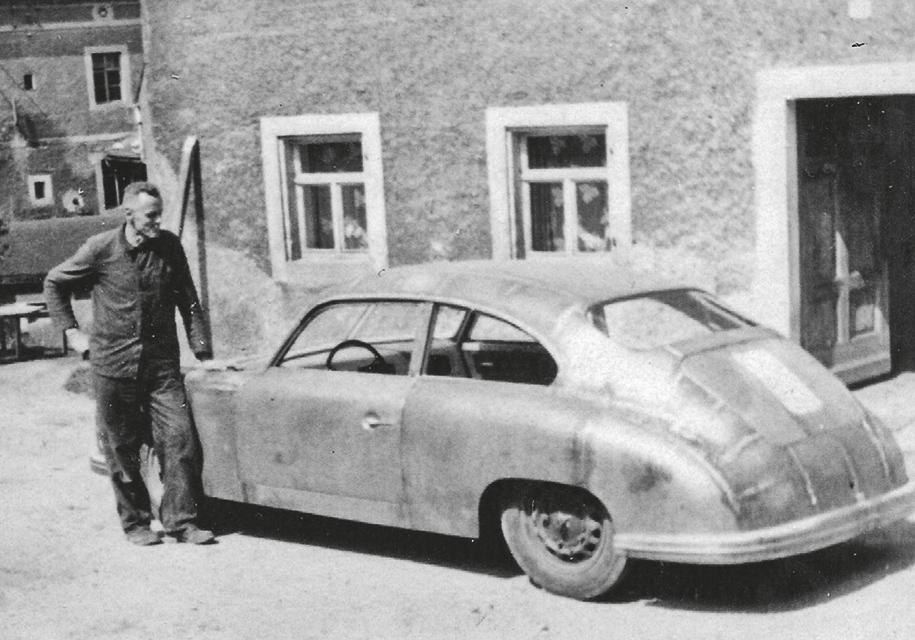 The “wooden Porsche” was even wider and as much as 30 centimeters longer than the original – exactly the same dimensions as a modern Volkswagen Golf. At the same time it could seat four people, while the short 356 had only a luggage rack instead of rear seats.

But the interior of the homemade, alas, was a complete improvisation. It is clear that brothers did not have the original VDO instruments, so they carefully adapted in the center of the front panel a Kuebelwagen dashboard – beige paint, in the center tachometer, elegant handles of light and wipers on each side. There is even a place for a vase for flowers – one of traditional pre-war ornaments of expensive cars. 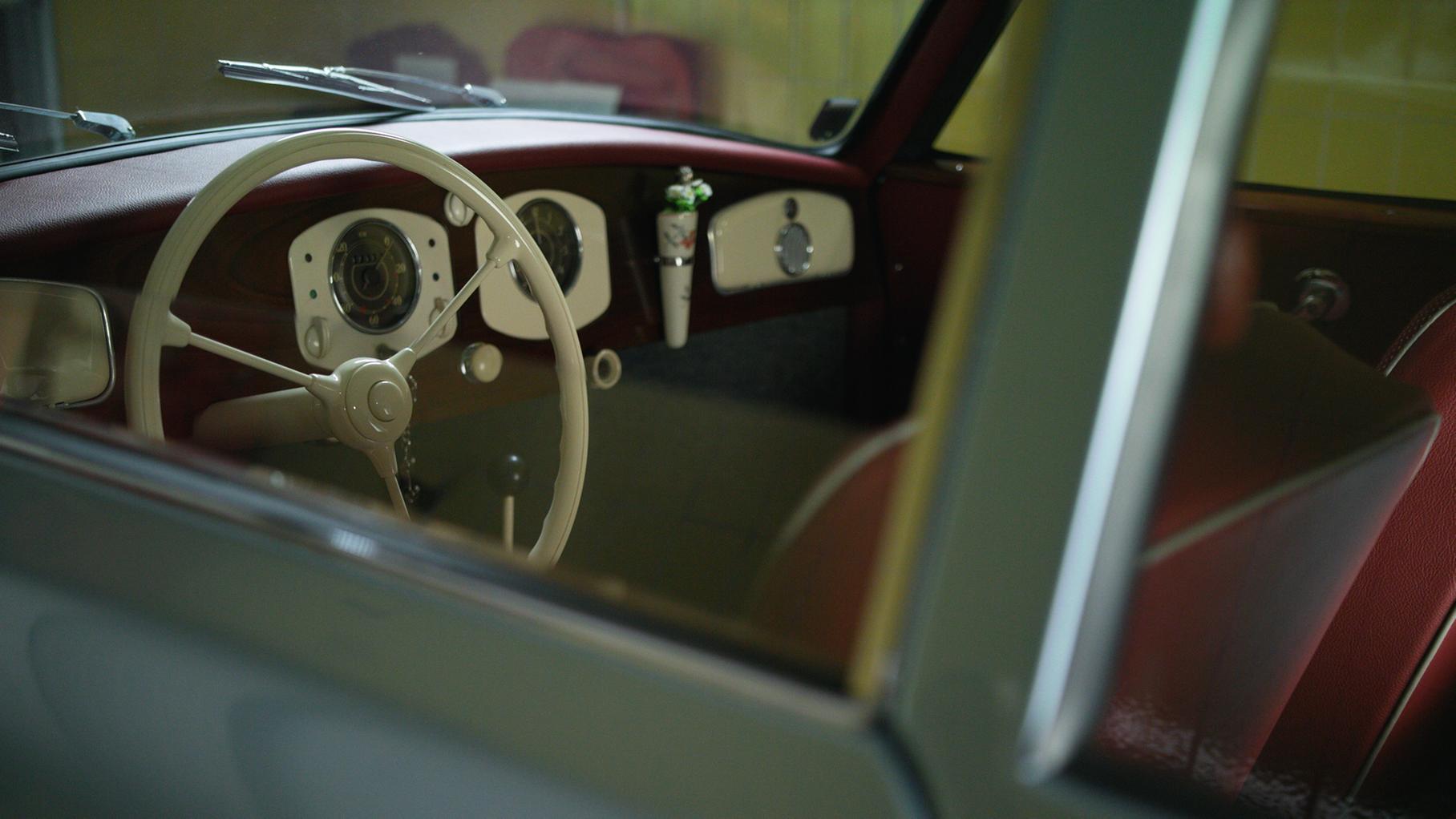 Despite the close proximity of the Beetle and Porsche engines, they were never the same. For example, the very narrow intake and exhaust channels of the VWs limited power purely structurally, so Porsche started by changing the block heads and ended up with pistons, carburetors and the cylinders themselves, which in the civilian version had problems with overheating.

So it was left to find and install the original. But how?

In the mid-fifties the border between East and West Germany already existed, but the movement across it was not yet too regulated. So the “pseudo-Porsche” very soon brazenly rolled into the territory of the plant in Zuffenhausen. 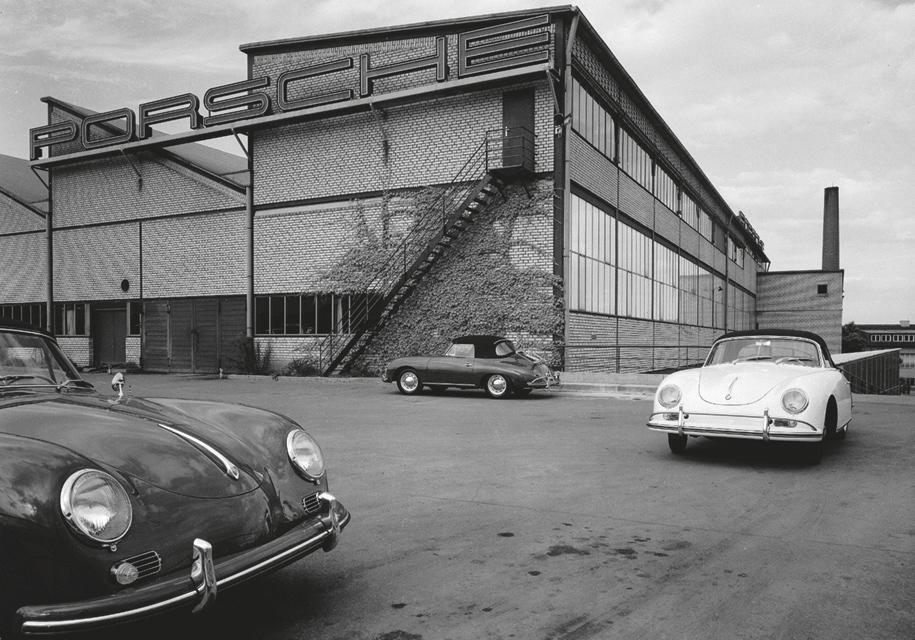 One can imagine how dumbfounded the local workers were when they saw this engineering marvel. The brothers even had an audience with Ferry Porsche, but he was squeamish about their car. After all, it was a rough wooden copy of his brainchild, which he painstakingly brought to perfection. And things were going better and better then brand Porsche – 356 successfully performed in races and gaining popularity in the United States.

Unfortunately, Knut and Falk left with nothing. A few months later, however, they did receive a letter from Zuffenhausen. Ferri replaced anger with mercy – after all, the brothers wanted their Porsche so badly that they had spent many thousands of hours working on a homemade version. 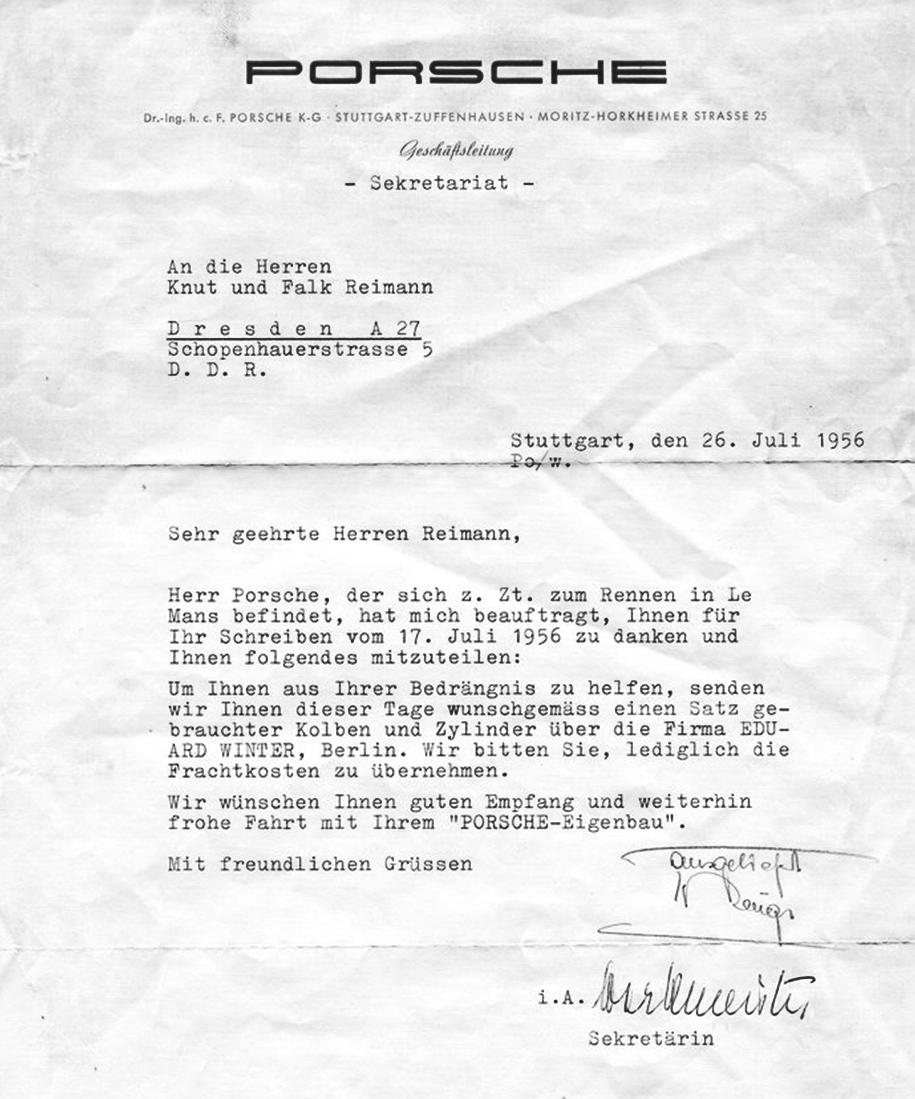 No, Porsche didn’t give the Raymans a newly boosted 70-horsepower 1500 series engine. There was not even a question of a 1300 version – the factory only promised to send a set of used parts for the old 1100 version to their dealer in West Berlin at the expense of the brothers. And then, they said, take it as you want.

But it was a Porsche parts kit! A free Porsche parts kit!
History is silent as to the spy methods Knut and Falk used to get the smuggled parts across the border, but they ended up with them installed on their car, raising its horsepower to 40. 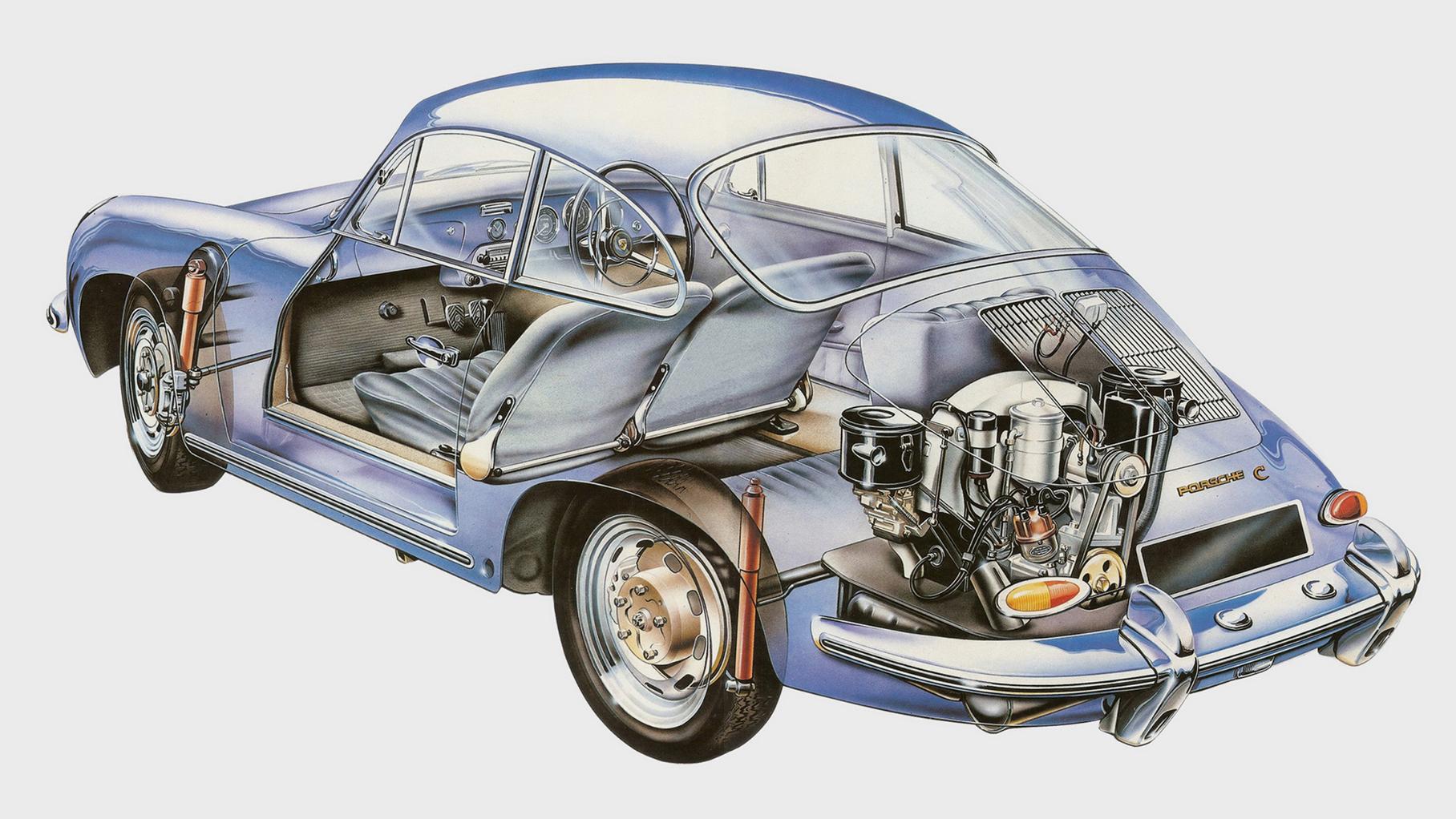 To their joy, Knut and Falk took a road trip across Europe, using one driver’s license for two – no one could tell them apart anyway. And Porsche supplied thirteen more “tuning” kits to the atelier Lindner to create a small series of the same coupes. In the company’s official sources, these cars became known as “Lindner coupes” or “Lindner Porsche”. 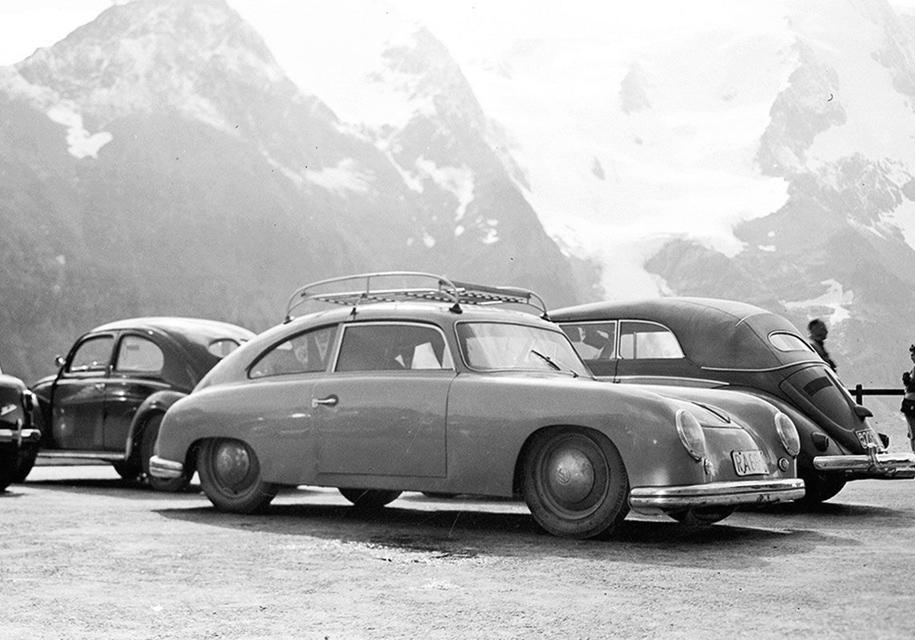 This is where it all came to a halt. After the Berlin crisis in 1961, a wall appeared between the two parts of the city, the border crossing was tightened and our brothers were imprisoned for two years in Hohenschönhausen – a gloomy and odious place.

Walter Linse, a member of the anti-communist Committee of Free Lawyers which the Soviet state authorities decided to liquidate, was there. Stasi agents rounded up Linse outside his home, threw him in a cab, drove him to Hohenschenhausen in East Berlin, and then sent him to Moscow, where he was executed. And all in complete silence and silence – no one acknowledged the kidnapping. The Cold War was beginning. 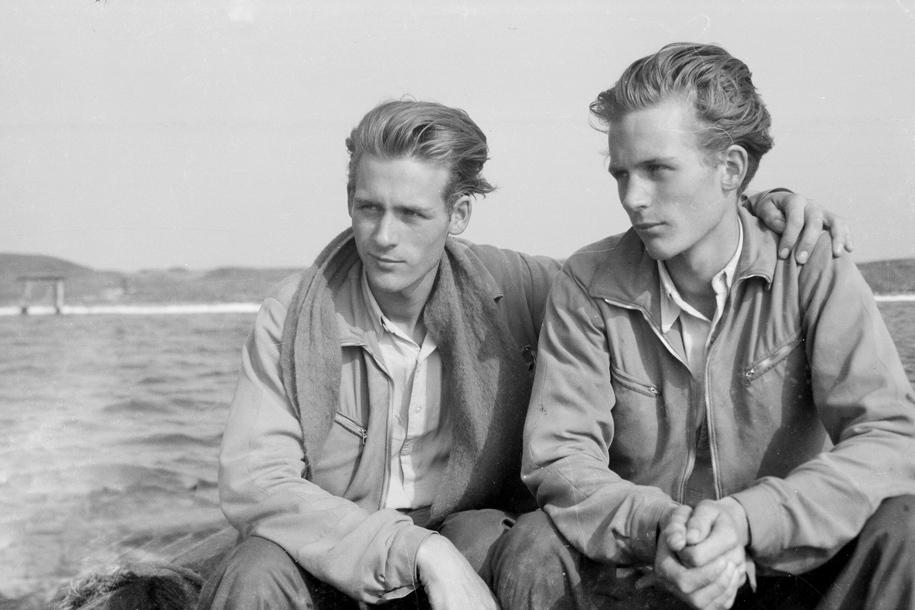 Knut and Falk’s car was confiscated and disappeared without a trace. Fortunately, albeit in very deplorable condition, several cars from the Lindner series have survived.

One of them as rotten junk fell into the hands of car enthusiast Alexander Diego Fritz, who, struck by what unique evidence of the era he had stumbled upon, set about restoring it. 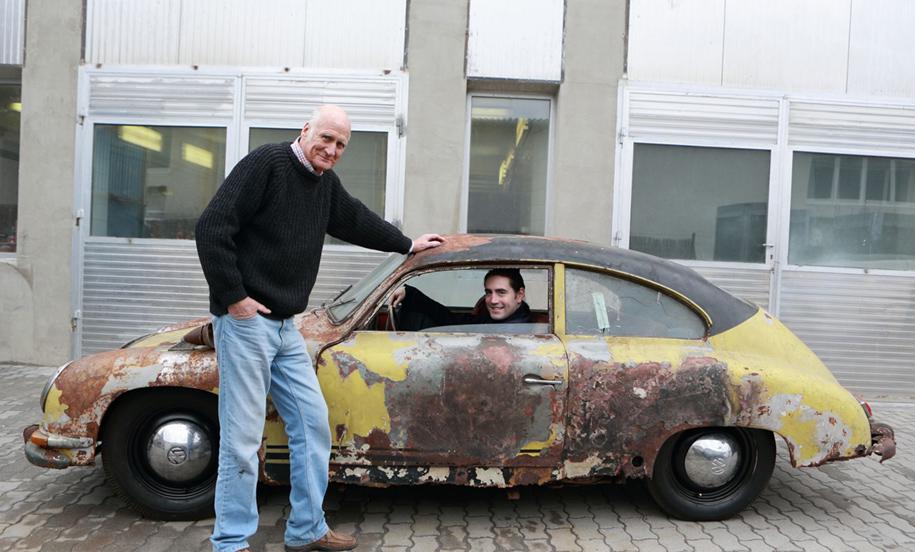 After 7,000 hours of work, the Lindner Porsche was given a second life after surviving the Stasi, the Iron Curtain and the Berlin Wall, and one of the brothers, 82-year-old Falk Reimann, captured the moment. Right before his death.