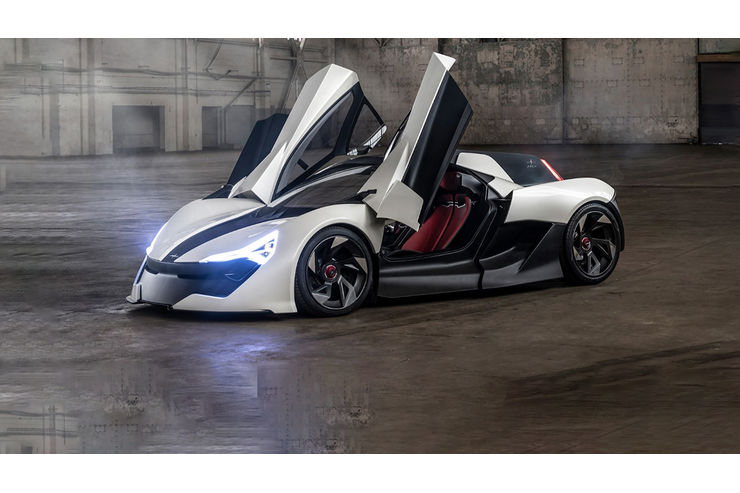 The British are giving another preview of an electric sports car. It, too, is to shine with extreme values in many areas.

The British sports car manufacturer has so far stood for extreme sports cars in the style of a KTM X-Bow, which were primarily designed for circuit racing.

The cockpit has an extremely modern design.

The Apex AP-0 relies on an all-electric drive with 641 hp. Thanks to the generous use of carbon in the chassis and body, the total weight including battery is 1,200 kilograms. The sprint to 100 km/h is said to take 2.3 seconds. The battery housed in the vehicle floor has a capacity of 90 kilowatts.

A towering fin extends from the roof to the rear. The taillights form the Apex company logo. Two cameras take over the task of side mirrors. Camera images can be seen on two screens both to the right and left of the rectangular-shaped steering wheel. The instrument panel is pierced by the steering column, resulting in a two-part instrument panel. On top of it, the speed can be read. On the steering wheel itself are settings for four different driving modes: Rain, Race, Auto, Road. 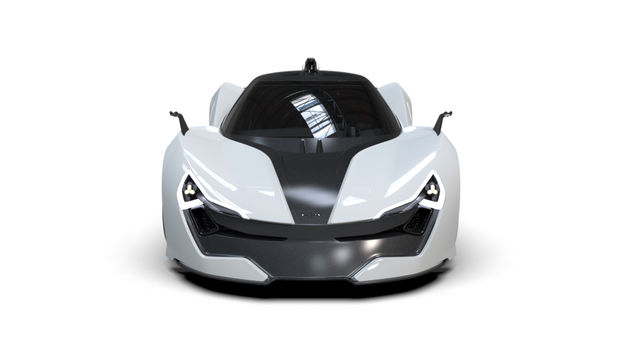 Other features in the Apex are said to include a display with holographic representation of augmented reality content – including a virtual racing instructor – , an over-the-air update function and lidar-based assistance systems. A tablet is located in the center console to operate the infotainment system. The racing bucket seats are split in two and feature an integrated headrest.

No. The ones before that were unnecessary, too.

Even after the world premiere, which took place on YouTube due to the Geneva cancellation, almost no information about the Apex AP-0 is known. Let’s see if it will actually hit the streets at some point.