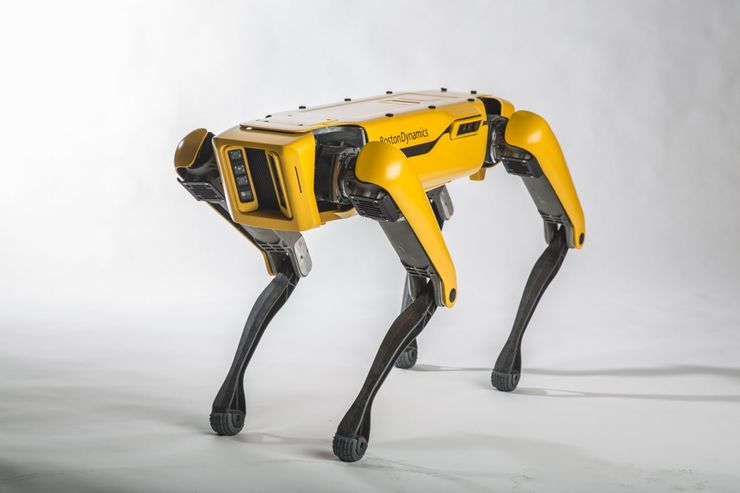 Boston Dynamics is known for its humanoid robots, which have amazing capabilities. Now Hyundai is taking over the company – which also has a military aspect that should not be underestimated.

Boston Dynamics is based in Waltham in the US state of Massachusetts and is one of the most advanced robot developers in the world – after all, the company initially worked with DARPA (Defense Advanced Research Projects Agency) for the US Department of Defense. Accordingly, there was a great deal of excitement when Google bought the robotics developer at the end of 2013: with it, a corporation that has access to pretty much all of the knowledge stored on the Internet and a manufacturer of autonomous robots that are likely to be weapons-grade joined forces.

However, Google’s parent company Alphabet did not see any possibility of making profits with Boston Dynamics’ products in the long term either and wanted to sell the company to Toyota back in 2016. The deal fell through, and instead the Japanese telecommunications group Softbank snatched up the robot builder in mid-2017. And Softbank has now sold it to Hyundai for an impressive $921 million (currently around 753 million euros).

Spot to bring in profits

Hyundai sees Spot, the robot dog, as a particular profit earner. The mechanical quadruped is known from countless videos in which the machine Fiffi shows how it effortlessly runs, sprints, climbs stairs and runs through rough terrain in the forest. The robot even confidently compensates for an unexpected kick in the side. And it’s already on duty: Ford recently announced that Spot is systematically surveying one of the automaker’s U.S. plants and collecting all relevant data. Since summer 2020, anyone can buy Spot – one costs $75,000 (61,957 euros).

For Hyundai, Boston Dynamics is not only interesting because of the robot dog. The Koreans are also conducting intensive research into exoskeletons, i.e. machines that can be worn on the body to simplify human mobility or even restore it after accidents. The know-how of the U.S. robot specialist could be just as valuable for this as it is for Hyundai’s so-called walking car: The walking car has wheels, but four extendable robot legs serve as the chassis. The vehicle presented as the Elevate Concept at CES 2019 (Consumer Electronics Show in Las Vegas) is designed to be extremely capable off-road, but also to easily pick up wheelchair users from the second floor of their house, for example. 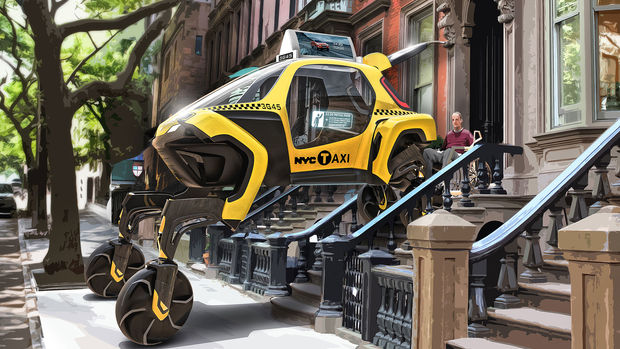 The construction of the walking car is a done deal at Hyundai.

But Hyundai also has a military option that should not be underestimated when it comes to robotics. After all, the Koreans don’t just build harmless passenger cars – Hyundai Rotem, a manufacturer of railroads and military vehicles such as the K1 88 and K2 Black Panther heavy tanks, is also part of the Hyundai Motor Group. If anything, the military’s interest in combining extremely off-road autonomous robots with weapons technology may have increased in recent years – and at Hyundai, these technologies are now coming together directly.

Yes, what may end up coming out of this makes me wonder.

No, technical progress is unstoppable, especially when it comes to weapons technology.

Hyundai has its sights firmly set on the future when it comes to mobility: With Boston Robotics, the Koreans are buying one of the best manufacturers for walking robots. This gives the automaker an enormous knowledge advantage in autonomous locomotion off-road and indoors and could also be helpful in the development of exoskeletons.

Since Hyundai also builds tanks and other military vehicles through its Hyundai Rotem subsidiary, high autonomy and unprecedented off-road capability now come together with weapons technology.