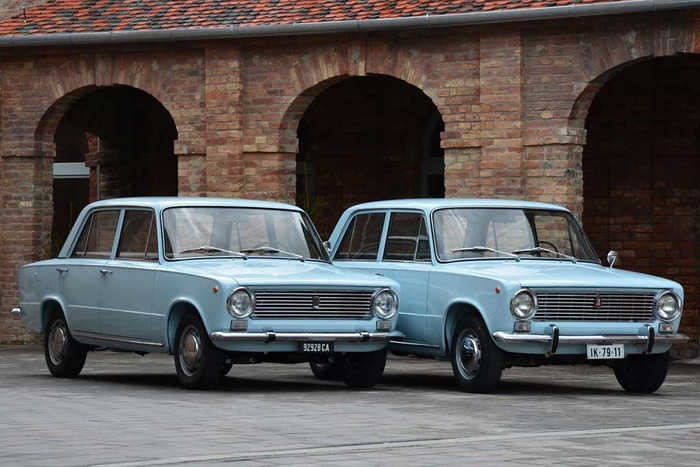 The creation of industries in the Soviet Union was accompanied by borrowing technology from Western colleagues. And at that time it was not something reprehensible, because then they were not such terrible ideological enemies. However, later the situation in the international arena has changed, but in the Soviet automotive industry – not at all: domestic designers dozens of times “inspired” by products of Western concerns, and copies of cars of the capitalist camp by hundreds of thousands traveled across the vast expanses of the USSR.

This unusual tendency in the Soviet auto industry began with completely legal activities: the purchase of licenses for the production of American automobiles. First on the list was the legendary Ford Model A, which in the Soviet Union was called the GAZ-A. Its production volumes for the thirties of the last century were really impressive: 42 thousand cars. When this model became obsolete, another license was purchased for the GAZ M-1: it was copied from the Ford Model B. Its undoubted advantages: excellent technical characteristics, good cross-country ability, ease of operation and repair made it even more widespread than its predecessor: according to Novate.ru editorial data, all was produced about 63 thousand copies.

But after the end of the Great Patriotic War, when the Soviet Union and the U.S. had already entered into a battle, later dubbed the Cold War, no official licenses from Western manufacturers are out of the question. But at the same time, the domestic automobile industry was in dire need of a mass-produced vehicle that would be accessible to the average citizen. Therefore, the Soviet developers have found an ingenious way out: after the war in the USSR there were many cars Opel Kadett, which in the late thirties appealed to the leadership. Autodesigners simply studied it up and down and copied. That’s how the car “Moskvich-400”, better known simply as the “Moskvich” was created in 1946, by engineers of the Plant of small cars (ZMA).

The Soviet auto industry did not stop there: after the existing models became obsolete again, the USSR purchased a number of different cars from the West: Citroen 2CV, Fiat 1100, Ford Consul, Ford Taunus Lancia Aurellia, and even Simca Aronde. All of them were thoroughly studied, but were copied not in a one-to-one manner, but certain units and assemblies were borrowed. That’s how the Moskvich-402 appeared.

Joseph Vissarionovich personally did not refuse copies of Western cars. For example, he really liked American Packard cars, but it would not be prestigious for the head of the Soviet Union to drive a Western car. And therefore, engineers ZIS was released order to create your own passenger car representative class, based on which would be the model Packard 160. There is information that Stalin personally supervised the process of designing this car. The result of this work was ZIS-110, which was produced serially at the 1st State Automobile Plant named after Joseph Stalin for 16 years.

The history of the first limousine of the Gorky automobile plant is also ambiguous. We are talking about the legendary “Chaika” (GAZ-13). A lot of philistines rush to defend the famous car, which they attribute the status of a copy of the Packard Patrician model. Only GAZ employees themselves, who worked at the time, confirm that the Western car was purchased at the time NAMI, studied from all sides and Soviet engineers and artists. Therefore, direct copying may not have been, but the fact that the developers when creating “Chaika” were inspired by the American limousine – an indisputable fact.

The history of borrowing a mass car repeated several times after Stalin’s death. The brightest example of such copying is the history of well-known ZAZ-965, which is the Soviet variation of Fiat 600. But it was slightly modified in a domestic way, but the main concept remained unchanged. It was produced at Zaporozhye plant Kommunar, which used to produce only agricultural machinery. The car turned out to be very popular, despite a number of design drawbacks: according to Novate.ru, in the period from 1962 to 1969, 322,166 trucks of this model have been produced in various modifications.

And in the sixties the Soviet car industry was replenished with two more, but this time official copies. We are talking about the history of VAZ-2101 and VAZ-2103 models, which were created on the basis of Fiat 124. Only this time in the summer of 1966 in Moscow was concluded a general agreement between the Italian company Fiat and the Soviet Vneshtorg. The essence of cooperation was to provide scientific and technical assistance to the former in the development of passenger cars. For Soviet cars 800 changes were made to the original design to adapt cars for use in the USSR as much as possible. However, it practically did not affect the appearance.

Examples of copying Western cars by Soviet auto designers can be found many more, but this does not mean that the entire auto industry of the USSR was not their own. On the contrary, with the lapse of time, when the capacities were established and engineers, as they say, “got the hang of it”, there were less and less such copies. And the domestic automobile industry, even if it remained in the position of catching up with the Western one, still did not stand still and developed, regularly creating really worthwhile cars.