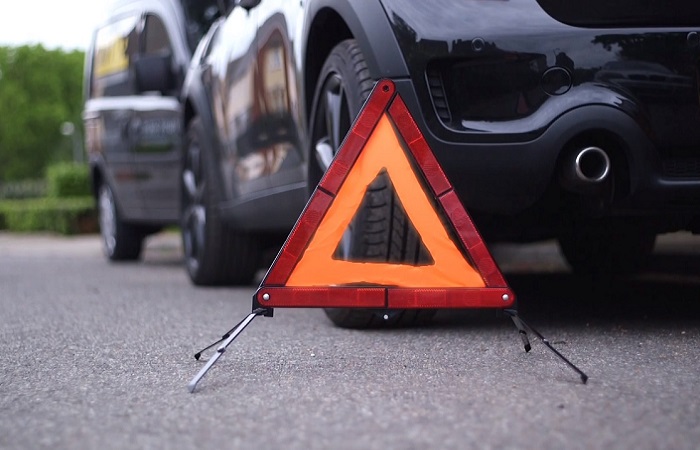 Any traffic accident is a serious incident that requires immediate documentation, determination of guilt and degree of guilt, subsequent punishment and settlement of issues with the insurance companies.

Leaving the place of the accident and avoid the paperwork and meeting with the employees of the traffic police.

However, everything is not so unambiguous, and in judicial practice there are real cases when the drivers, who left the place of the accident, were recognized innocent.

Although leaving the scene of an accident is considered an administrative offense, there are a number of cases, including some where the driver not only can, but must leave the scene of the accident.

In the first two cases, leaving the scene of an accident is consensual:

Conditions for leaving the place of accident

If the driver leaves the place of the road traffic accident with reference to the above mentioned scenarios of conflict situation settlement on the road, he has to make sure that all conditions are met which would allow him to leave without any fear:

In this case, both drivers must agree not only to the determination of the guilty party, but also a complete list of the damage to the vehicles that were sustained in the accident.

While in the previous cases, leaving the scene of an accident is optional, in the following two cases, it is the duty of both drivers:

In this case, it is important to consider such moments, when the drivers have no opportunity to deliver the injured person to the hospital by any other way, and there is simply no time to call an ambulance.

If there is more than one injured person, it is allowed for both drivers to leave on the condition that they return to the place of the accident and wait for traffic police officers after delivering the injured person to the hospital.

In this case drivers are obliged to free the carriageway, previously fixing the position of cars with at least two witnesses, marking the traces and objects left after the accident, and organizing a detour of the key objects of the accident.

Why you shouldn’t drive away in any other cases

Drivers take a big risk by leaving the scene of an accident in all other situations not described in this article. First of all, of course, it is the risk of administrative or even criminal penalties.

So, leaving the scene of an accident, during which people were injured and who were not properly assisted, drivers can get a real term of several months to four years, depending on the severity of the damage caused.

Another danger is that, having parted ways by mutual agreement verbally, one of the drivers may change his or her mind, return to the scene of the accident and call the traffic police. Such setups are very popular and can be accompanied by blackmailing of the second driver.

A threat can also come from an insurance company, which will surely turn the situation with one of the drivers leaving the place of the accident in its favor.

In all other cases, if the drivers could not come to a consensus and decided to stay waiting for the traffic police, they should turn on the emergency lights, install emergency stop signs on both sides of the road at least 15 meters from each car, record the circumstances of the accident on the camera, preferably in front of witnesses, and try not to move the objects of the accident unnecessarily.

If you do not document the accident by all the rules, there is a great risk of not receiving compensation from the insurance company, and even in court it will be difficult to prove the correctness of both the guilty and the injured party.