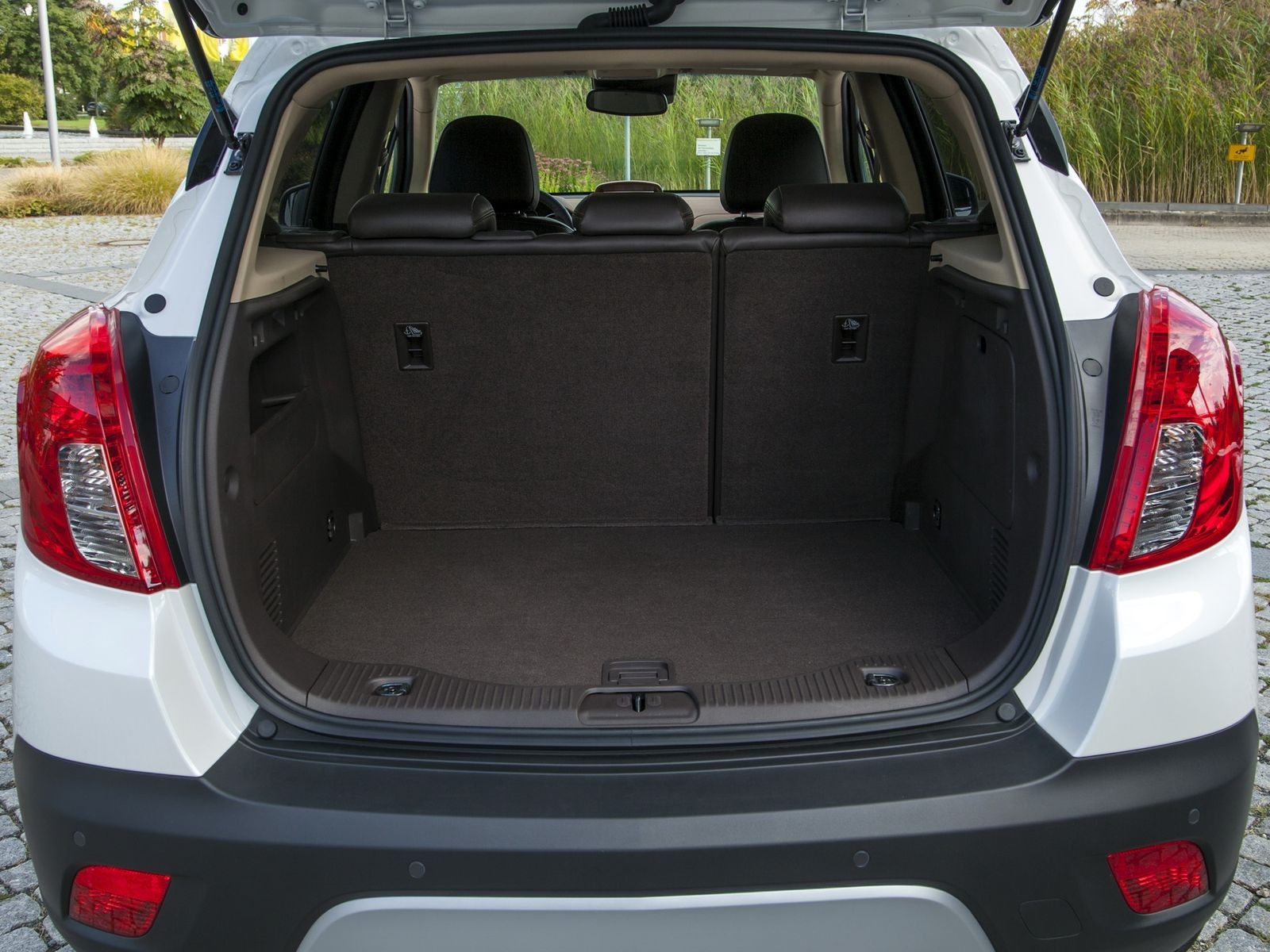 Opel had high hopes for the Mokka: the car was brought to us six months after its debut, in 2012, and it really became popular. Of course, it did not reach the top of sales, but in its “junior” class Mokka was not lost, successfully competing with the same Nissan Juke and Mitsubishi ASX. In the history of the crossover there was even a short-term localization on “Avtotor” which, however, did not affect the prices too much. But the model’s career came up short: already in the spring of 2015 Opel announced its withdrawal from the Russian market, so the Mokka was on sale even less than the Astra. However, these incomplete four years were enough to form the secondary market, which is still looked at by those who did not have time to buy Mokka “in time”. What will they have to deal with?

It’s a little early for serious body problems to appear – the age is not right yet. Existing defects are usually associated with accidents, minor and not so minor. As well as in case with Nissan Juke, Mokka had wide female audience, that together with little experience could add to car’s history with insurance companies. So replaced bumpers and a repainted hood are nothing if the power structure isn’t affected. Age problems are first of all chips and nascent corrosion, which you can look for on the same hood, windshield frame, in cavities of wheel arches and under plastic of arches and sills, which covered Mokka from below. It is necessary to be especially attentive to attachment points of plastic moldings. Certainly, chrome details become muddy and frayed, and besides a radiator grill and a trunk lid molding, the fog lights’ edging is subjected to this affliction beside Mokka. In interior the same often happens with chrome edging of instrument panel wells and air ducts, and outside – on door handles, which in some versions can also be shining.

Slightly more unpleasant and costly problems can appear on the same trunk door. If red stains from under plastic molding – it’s usually not the body, but rusty license plate light fasteners, then the rusted bottom edge of the fifth door because of contact with a bumper or ice on it – it is already damage of paintwork. In a saloon it is worth to check up dryness of floors: gaskets must be still in order, but possible problems with drainage of climatic system are not cancelled. Besides, there are cases of water leakage from a roof – it’s usually condensate, but not fastenings of rails. Well, and under a car it is optimum to see not rusty elements of suspension and underbody surface corrosion, but anticorrosion, at least the year before last. By the way, one of “trademark features” of Mokka has always been its low front bumper, which moreover was decorated with rubber “lip”. Firstly, those who don’t want to take it off, Opel since 2013 addressed a modified, “bumped” by 3 centimeters bumper, increasing clearance to the ground. And secondly, we should pay attention to the suspension – let’s go to it.

The Mokka’s transmission is typical for compact crossovers: either basic front-wheel drive or all-wheel drive with an electromagnetic clutch in the rear-wheel drive. In the second case the risks of investments are not so great yet, but the volumes can be impressive. Besides cardan shafts, suspended bearings and drives, it is worth checking up oil condition in a four-wheel drive clutch: it does not like bad maintenance, and especially at intensive work. Taking into account the price of friction package – under a hundred thousand rubles – it is reasonable to have it repaired, but it will not be very cheap. Another point that needs attention is the clutch control box, which is located down there, and the electrics, including connectors, suffer from moisture and dirt.

The Mokka has a choice of gearboxes: in addition to the six-speed automatic, an MCP is also available. True, the situation here is still ambiguous: when we told in detail about the choice of a used Mokka, we mentioned that here is the same dilemma as with the Opel Astra J. Automatic 6T40 – machine, frankly, non-ideal, although its life can be significantly prolonged by regular oil changes every 50 thousand and more or less calm ride. The problem is that female owners neglect the first and male owners neglect the second, so chances to find perfectly serviced gearbox are minimal. So save your money for diagnostics and be careful when test-driving – jerks when shifting will clearly hint at imminent problems. And don’t think that the choice of manual gearbox will completely solve problems with service life: five-speed D16 and six-speed M32 are also not ideal and don’t like aggressive driving. Also they like regular oil changes and thoughtful diagnostics with listening on a hoist and in motion to estimate condition of bearings, synchronizers and differential. Particular attention should be paid to the absence of leaks – when there is a lack of oil, the problems are exacerbated.

But with engines, everything is much easier – largely thanks to the first Mokka buyers. The vast majority chose a car with the atmospheric 1.8-liter A18XER engine rated at 140 hp. Accordingly, he is also leading the secondary market: at the time of writing three-quarters of the cars for sale on Avito were equipped with this engine. The good news is that it is really not bad, especially with good care and attention to the cooling system and intake. The cooling circuit, like on the Astra J, includes a water-oil heat exchanger, the gaskets in which are better changed preventatively rather than with the appearance of emulsion in the motor or greasy spots in the expansion tank. It is desirable to listen to a cold start of the engine, to estimate a condition of phase controllers and valve gear work – there are no hydro-compensators.

Practically all remained cars on the secondary market – that is about a quarter – are equipped with 1,4-liter turbo motor A14NET. It is quite good too, though the potential investments here are higher not only because of the supercharger system, but also because of chain timing which many people do not attend to till the last. However, if you will meet a car with small mileage and transparent service history, it is possible not to refuse – the engine will pass 200 thousand for sure. It would be possible to talk about A17DTS diesel engine on 1,7 liters in details, if it were even widespread. In practice cars with it are literally piece goods, though in itself it does not mean that the engine is bad: it is quite decent, though statistics on its work on Mokka is not enough.

And now, knowing the main features of Opel Mokka, we can try to draw a portrait of the optimal variant. The cars with a 1,8-liter motor are leaders of sales, and the full drive is almost obligatory here too, so there is no sense to refuse it, as well as the automatic. Besides, for our 800 thousand it is possible to find the crossover of one of last years of release with run less than hundred thousand kilometers from the first owner – approximately such. Accordingly, it is not necessary to eliminate consequences of bad service of the box, and it is not late to change oil in a clutch of a full drive. That means, such Mokka, with good service, can be driven almost like a new one for 3-5 years – and then decide whether to trust Opel that has come back to Russia again.