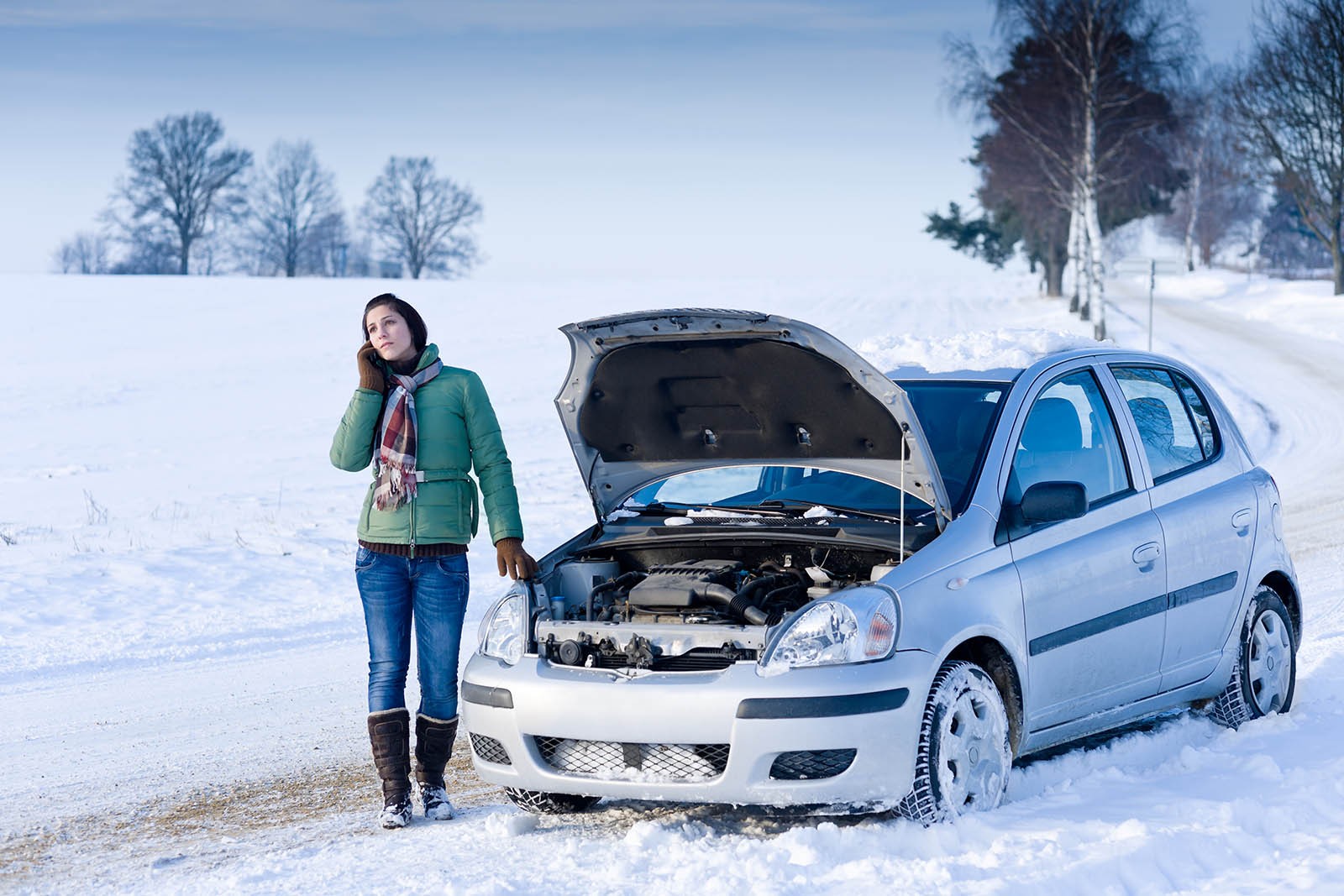 Let us briefly remind you what a starter motor is. The starter is an electromechanical device used to start an internal combustion engine. And the main part of this device – an ordinary electric motor. I will not describe the principle of its operation: hopefully, everyone graduated from school, and there about the electric motor in physics classes told in detail.

To turn the crankshaft of an internal combustion engine with an electric motor is not all that is needed for a successful start. There is a slight complication: the crankshaft for starting the engine should be cranked up to at least 100 rpm, for which the starter pinion should make about 1000 revolutions. After starting the engine, the crankshaft rotates at an average speed of about 1000 revolutions (and in frost – and more), and the starter gear, being in mesh with the flywheel crown, will untwist to 10,000 revolutions. The starter from such speed of rotation of the armature (rotor) will simply collapse. Therefore, this electric motor has another part – the overrunning clutch, which is called a bendix. It is designed simply: two bushings are wedged by rollers on springs, and after starting the motor, when the speed of the gear becomes greater than the rotor speed of the electric motor, the rollers cannot wedge the bushing anymore, so the motor is not able to transfer the rotation to the rotor of the starter. It may sound complicated in words, but in fact the device that “disconnects” the starter from the motor is elementary.

The next necessary part of the starter is a retractor relay (in fact – a solenoid). It performs several functions at once. Immediately after the current solenoid fork brings the bendix to the flywheel crown, and then through the copper contacts (“nickels”) include the motor itself. Thus, the retractor relay not only provides the connection of the bendix with the flywheel, but also relieves the contact group of the ignition switch. The starting current is very high – about 400 A, so if it were not for the relay, the life of the ignition switch would not be too long.

After starting the engine, the driver releases the key (or button), the voltage on the pull-in relay is lost, and the spring returns its core into place. This opens the contacts of the electric motor, and the bendix moves away from the flywheel crown.

Theoretically, it’s pretty simple. There are, however, some other types of starters. For example, old car starters did not have a retractor relay, so the starter included a pedal: roughly speaking, the driver’s foot replaced this relay, pushing the bendix and closes the contacts of the starter by pressing the pedal. And there is also a dynastarter (in fact – a direct current generator, standing directly on the crankshaft) or pneumostarter. But that’s not our topic. So what can go wrong? Let’s look at two classic situations: the starter doesn’t work “cold” and the starter doesn’t work “hot”.

Since the starter is an electric motor, nothing electrical is alien to it. Of course, we’re talking about bad contact.

As I said before, the starter draws a lot of current. Especially on diesel cars, which engines are more difficult to crank due to higher compression ratio (and hence compression and compression resistance). Not for nothing, for example, at early MAZ-200 with 12-volt equipment starter still worked from 24 volts (when starting the engine, two 12-volt batteries are connected in series). True, later this scheme abandoned and transferred the MAZ to 24 volts completely, but still.

So, bad contact. The first thing to check is the mass and the thick plus wire, going to the starter. In an extreme case it is possible to try to switch on starter voluntary-forced, having closed with suitable iron the contacts on intake relay. The main thing is not to short-circuit the plus to the starter mass. If the starter during this procedure came to life, then most likely the fault is in its wiring.

I will not say about the fact that the reason of complete silence of the starter can be discharged battery – it is quite elementary.

The next most common reason for the starter to fail to crank a cold motor is the wear and tear of the electric motor itself. As a rule – brushes or armature windings. In addition, the windings may be short-circuited. There is a way to check this problem without removing the starter. It is enough to bump the starter with something heavy enough. If after that it will work, it is almost certainly time to change the brushes.

If the car is old, the starter may stop working due to the accumulation of brush wear products or other dust and dirt, which still get into it during operation. Sometimes it is enough just to clean it well, and it will work again. True, not for a long time, so if the starter is removed from the car, it does not hurt to make its detailed defect inspection, in order not to remove it every two weeks.

Less probable, but also frequent problem is the wear of bendix. Over time, the rollers of his mechanism wear out, become thinner and wedge the bushing is no longer able. Usually in this case the starter cranks, but does not crank the flywheel. The sound is characteristic and hard to make a mistake. However, almost the same sound will be made by the starter, in which there are mechanical problems that do not allow to bring the bendix to the flywheel. For example, the fork is broken or badly worn. Or maybe there is a malfunction in the retractor relay. Most likely, it will be easier to remove the starter, disassemble it and check the condition of all elements: guessing here can be long.

The most exotic reason of starter silence is the fault of stator magnets. Well, how malfunctioning… Sometimes they just fall off. Belarusian starters, which are on many of our cars. Theoretically, you can glue a fallen off magnet back to the stator with ordinary superglue. But it is important not to reverse polarity of the magnets.

By the way, if you like to resuscitate the starter with a hammer (see above paragraph about worn brushes) these magnets come off noticeably faster. And if they are already glued by someone with superglue, you must remember that after drying this glue usually becomes brittle, and “repairing” the starter with a hammer by applying force to the stator is guaranteed to cause the magnet to lose its place. So don’t get carried away with this, and if you do repair the stator, check the brushes as well.

Let’s move on to the second part of the Marlesonian ballet: the failure of the starter to run on a hot engine. Oddly enough, you have to start with the wiring again. Probably, the contact can go somewhere because of the change of temperature gap. Well, the owners of Zhiguli remember for sure that if this happens, it is necessary to clean or change the starter’s “nickels”. All the same, the temperature when sparking with such current can reach up to a thousand degrees, so the contacts melt for sure. Or they get stuck, which also happens.

But the most common failure is more complex and systemic in nature. In short – it is a skew of the starter armature. This occurs due to the wear of the armature support bushings (or bearing, if there is one). In this case, the armature stands askew, and the brushes can no longer fully adhere to the collector, and the anchor itself can touch the stator magnets. And then the starter will consume a lot of current (you can melt the battery terminal or burn the plus wire that goes to the starter), the battery itself will be very strongly discharged during the starter, and it will hardly rotate even with a live battery. This will require quite a serious repair: replacement of brushes, armature bushings and header boring. And if the starter is inexpensive, it will be easier to replace it with a new one. Of course, we are not talking about some foreign cars, parts for which are unreasonably expensive. It makes sense to do the repair there. And I repeat: you should not try to economize on matches. It is necessary to replace everything, that looks already worn out. At least for the reason that on some cars it is more difficult to take off and put back the starter than to give birth in a field to triplets.

Of course, with such repair it is desirable to check all other mechanisms – bendix and retractor relay. They are usually not repaired, but replaced with new ones – there is nothing to repair in them.

I should probably share another observation: the starter rarely stops working immediately and permanently. Usually, it first gets sick and lazy – it does not work the first time or starts to turn the engine slower. In this case it is better to think at once about its inevitable repair. If the starter stops working all of a sudden and at once, you should first pay attention to the wiring.

In addition, there are two other reasons why the starter does not work, although it itself may be quite serviceable. The first is a faulty ignition switch. The contact group burns in it, and the lock simply stops turning on the starter.

The second reason is the wear of the flywheel crown. Of course, the life of the starter is almost always lower than the life of the flywheel, but there are cruel jokes in life. So if you hear a weird rattle or if there is no engagement of the bendix and flywheel, it is not always the starter that is to blame. Well, if the ring gear teeth are severely crumbled or worn, they can finish off the bendix itself. In neglected cases, when they stand tooth for tooth, the starter can burn out. So it is necessary to remember that the starter is only an element of starting and charging system, the condition of which should be watched no less carefully, than of cooling system or brakes. Strange as it is, the car likes not only greasing, but also caressing. Well and at least a little attention from the part of its owner.