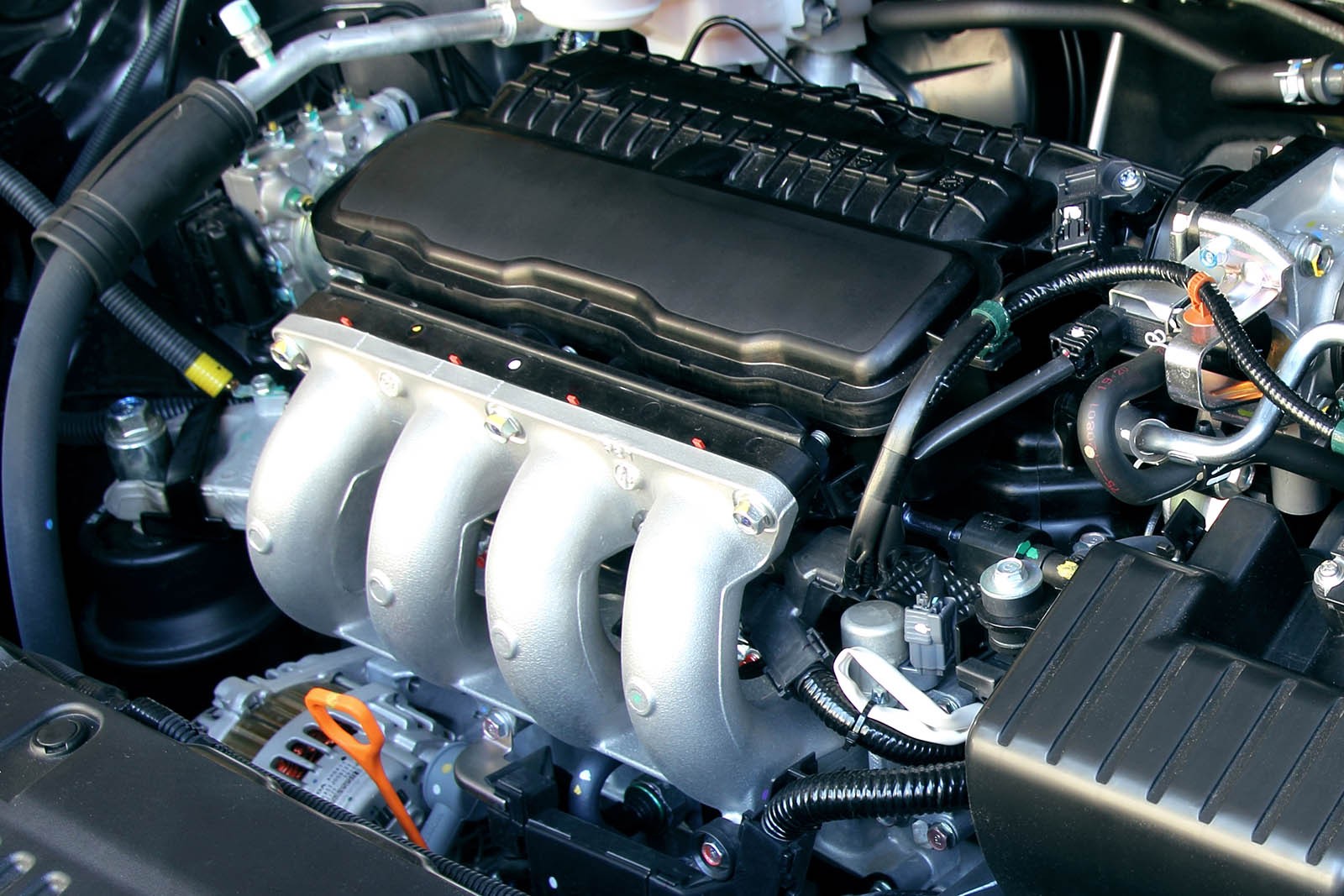 The exhaust system is not only needed to remove exhaust gases. It has several functions, and reducing exhaust noise and toxicity is not all.

Firstly, exhaust gases twist the turbine impeller (or turbines, if there are two) on supercharged engines. But we won’t talk about that, that’s a slightly different topic. Secondly, lambda probes (oxygen sensors), installed on the exhaust, are needed to prepare the fuel mixture. They transmit data about the amount of unburnt oxygen, based on which the ECU adjusts the mixture composition. Third, yes: the exhaust system must reduce the toxicity of the exhaust, especially the concentration of carbon compounds, nitrogen oxides and soot. There are differences between gasoline and diesel engines, but we will not get into this topic: we have already told a lot about catalytic converters, particulate filters and urea. And of course, the exhaust system must reduce engine noise. This is exactly our topic, and we will talk about it.

Despite the fact that the exhaust systems may differ slightly, the basic scheme for any atmospheric engine they have the same. It consists of several elements: the exhaust manifold (sometimes called “spider” or “pants”), clutch, catalytic converter, exhaust pipe, resonator and muffler (sometimes called “can”). You can also add the oxygen sensors and the exhaust suspension system. Anything can be the cause of the noise, except, perhaps, the sensors. What are all these parts for?

The exhaust manifold is the first thing in the way of the exhaust gases (if you don’t count the timing mechanism). Its task is to divert gases from each cylinder into one common exhaust pipe. And it has to do it in a smart way: by providing quality purging and filling of combustion chambers. It is known that gas movement is undulating, which often makes it difficult to vent the gases and fill the combustion chambers. Therefore, the design of the manifold is almost always a complicated thing, and a lot of time is devoted to finding the best pipe shapes and cross-sections. Probably, everybody heard about striving of tuners of different stripes to put the exhaust 4-2-1 on his Cheparka – that is the manifold, at which four pipes first converge in two, and after that – two pipes in one. More simple manifolds have the 4-1 scheme, when all four pipes (if four-cylinder engines are meant) at once converge to one. Well, never mind, the main thing is that there is a manifold in the exhaust.

It is attached to the block firmly, but after it (and a catalyst) there can be a corrugator (it is also an anti-vibration coupling). Its task is to isolate vibration of running motor from the rest of exhaust system. On the one hand, it prolongs life of the exhaust, and on the other hand it reduces the amount of vibration on the body. And this is not only its safety, but also the comfort of those sitting inside.

The next element is the resonator. It is also a front or preliminary muffler. It has no ecological effect, and its only task is to reduce the noise level. Actually, for this reason it is called a resonator. The exhaust waves are reflected in it and standing waves are formed. That is the sound after it should become smooth, instead of rumbling like a succession of shots. But finally the noise disappears in the main (back) silencer. Structurally it is a little bit similar to a resonator: inside it there are perforated pipes and compartments inside which gases walk like on a labyrinth, losing speed and temperature. The wording is somewhat simplistic, but illustrative.

Another detail is the pipes, at least the intake and the middle one. It’s simple here, they connect the rest of the outlet elements. And finally, the whole structure is not bolted to the body or the frame intentionally, but is attached by a suspension system with rubber shock absorbers (bagels or whatever you like). It makes perfect sense. Think for yourselves, what vibrations would go through the body, if the exhaust would be fastened to it by its rigid mounting. Hanger and corrugator are used for reduction of vibrations.

We have understood with the device in general. Now we will look what can go wrong here. Let’s start at the beginning – with the manifold.

The exhaust manifold works in very harsh conditions. Most of all, of course, it suffers from temperature, which usually ranges from 700 to 1,000 degrees. Sometimes it can be as high as 1,300. That’s why the manifold itself is made of refractory materials. This is good, but it has one weak spot – the gasket between it and the block. If the gasket burns out, you get a sound, which is described by the words “the gasket leaks”. It is often a whistling sound, the source of which is not difficult to find. The way to fix it is obvious – replace the gasket. At the same time you should pay attention to the fixing of the manifold itself: the gasket itself usually does not burn out. But if, for example, the stud which attaches it to the block will break, it will burn out very quickly: red-hot exhaust gases will burn it through the leakage. Therefore, if the gasket is “leaking”, the first thing to look at is the manifold mounting.

This exhaust sound is the easiest to find for at least one reason: you don’t have to climb under the car to do it. To determine the source of the other growl, you either have to use a hoist or crawl under the car (which is not always convenient, possible or safe).

The Great Sufferer and the Tambourine

Because of its old age, the first thing that usually dies is the corrugator. It is the only soft element, which by nature should be mobile. And it also has to work at high temperatures, since it usually stands not too far from the exhaust manifold. It is very easy to confuse the sound of a burned kink, for instance, with the sound of a burned resonator: they often stand side by side, and it is difficult to determine the source of a low-frequency rumble while sitting in the cabin. So, if you feel that the buzz is somewhere in legs, it can be both a chuff and a resonator. So you have to get under the car, for sure.

Theoretically, corrugators are not repaired, they are just replaced. And there is no need to look for the original conduit, many of them are produced, and they do not cost much. The main thing is to know its length and diameter (for example, 200×40, where 200 mm – length, 40 – diameter). The method of replacement depends on the location of the corrugation, but usually this process is not the most labor-intensive and in the service is not too expensive. Nevertheless, there are unicums who prefer to repair the corrugation. There are different methods. A popular one is to wrap epoxy-impregnated elastic bandage around the corrugator. It is clear that all this immediately falls apart, and if you wrap something completely unsuitable, you can arrange a fire. So there is only one way out: change it and don’t try to reinvent the wheel.

The peculiarity of the sound, which is produced by the corrugator, is that it can be floating, now it is quieter, now it is louder. The reason is just the mobility of the corrugator. If the resonator burns out, it always rattles the same way.

The pipes themselves rarely rust through. The flanges, yes, can rust to the point where it is impossible to separate them. Sometimes the pipes rot where they are welded to the muffler or resonator, but more often the mufflers and resonators themselves rot.

If there is a small hole in the pipe, it can be welded. Of course, it is more reliable to replace it, but if you really want to, you can try welding. There is, however, a funnier way to fix such holes: wrapping a tin from an aluminum can and then tightening the tin with a clamp. Let me not comment on this method – I am sorry for my own psyche.

As I have already told, it is difficult to distinguish a sound of burnt through corrugator and resonator, especially if they are right behind each other. So, if Jigurd has settled down somewhere in legs right behind a motor – you have to understand where exactly he sits. The main muffler is another matter. It roars at the back, and it is difficult to be mistaken here. Certainly, if it is burnt or corroded, it also should be changed: home-made repair does not solve the problem.

It’s not that simple.

There seems to be nothing complicated: you replace the burnout. That’s all. But no. It turns out, it is possible to screw up here too. More often it concerns replacement of a catalyst with a flame catalytic converter. There are several mistakes.

The next error is incorrect disconnection of the oxygen sensors. As I said before, the sensors before the catalyst are involved in the preparation of the fuel mixture, and if they do not work, the consequences can be quite sad. And increased fuel consumption is not the worst thing.The lambda sensors after the catalytic converter monitor the catalytic converter. Of course, if the catalyst is out, they have nothing to control, they get upset and show an error, so they put “cheaters” instead. Sometimes successfully, sometimes not. The best way is re-flashing to Euro 2 with program disconnection of these sensors, but of course, they don’t do it in services “remove the catalyst for free”. At best they will crash the diagnostics section. So, you should choose a place for repair carefully.

Knocking, rattling, but no growling

The rattling, growling and sectioning are not all the sounds that a sick exhaust system can make. Sometimes it rattles. This happens if the rubber shock absorbers of the suspension system are torn or the mounts of these rubbers have rotted away. And the knocking can be very essential. For example, if a resonator starts banging on a subframe during a sudden acceleration. Certainly, an experienced mechanic will discover such fault easily, but it is high time to put such mechanics in Red Book. So, if anything, keep in mind: when examining a car from below, it is worthy to give the exhaust a good jerk. Maybe something will turn up…