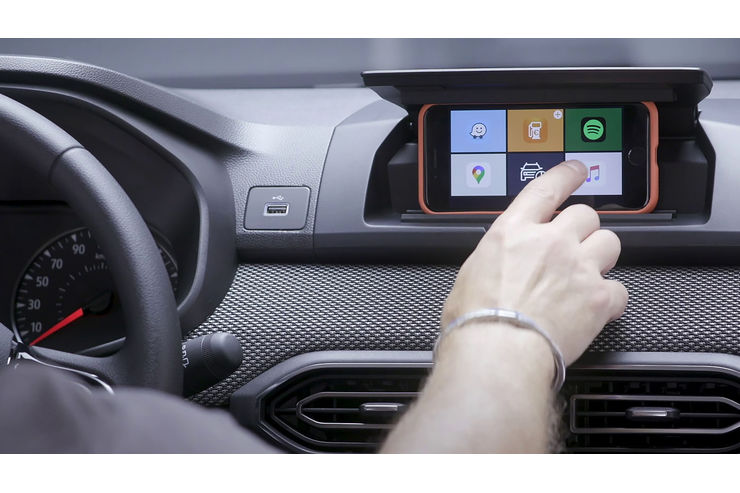 Setting up a stand-alone infotainment system is an expensive business for car manufacturers. Until the information architecture is in place, everything is ergonomically programmed and tested, and all the online applications are properly connected, many euros are digitized.

The Media Control infotainment solution is being launched together with the new Dacia Sandero.

However, such a dedicated infotainment system still has one potential problem: If its performance falls short of that of a standard smartphone, a correspondingly low level of customer interest will make the development even more uneconomical.
This is obviously out of the question for Dacia. That’s why the Renault sub-brand is presenting the Media Control infotainment solution together with the new Sandero. And it’s not only mega clever, it’s free.

How can that be? Well, the majority of customers already carry the hardware in their pockets. The smartphone takes over the job of the permanently integrated touchscreen in the cockpit. To do this, Dacia installs a holder on the dashboard and offers the free “Media Control” app. The driver now couples his mobile device via Bluetooth and uses popular services such as Google Maps, Spotify or Internet radio via a reduced interface. In addition, some vehicle data can be displayed via the application. Telephony or the search for calendar entries works via voice control. 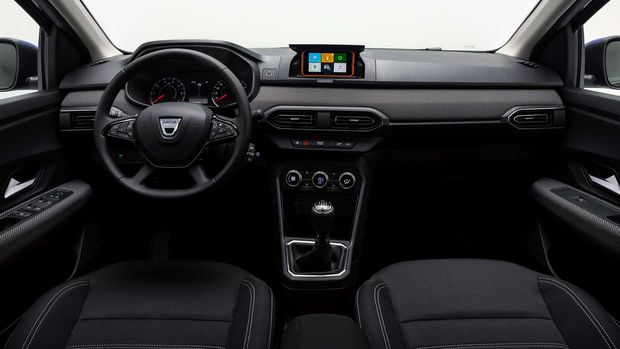 The smartphone takes the place of a permanently integrated touchscreen.

The appearance of the app can be customized to suit individual preferences, so that frequently used shortcuts can be found directly on the home screen. If the driver connects a USB stick with music or an MP3 player in the car, the contents of these sources can also be controlled via Media Control.

Media Control is an infotainment solution that suits Dacia’s price-sensitive clientele. However, the principle of using a smartphone as infotainment could also become interesting for other manufacturers, for example to make entry-level models more attractively priced. In any case, this app-based infotainment is a real-life update that brings modern functions into the cockpit simply and inexpensively.