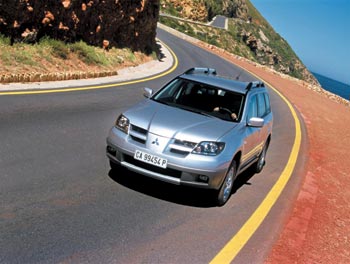 Until recently, fashion and demand for compact urban SUVs meant almost nothing to the “three diamonds” – with the exception of the Pajero Pinin Japanese had nothing to offer those who looked at the Honda CR-V, Toyota RAV4 or Land Rover Freelander. 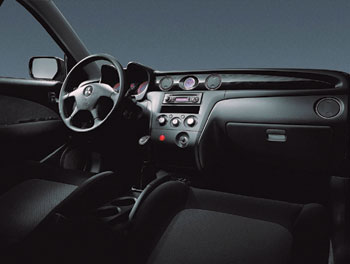 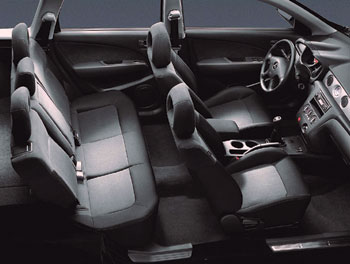 Until recently, the fashion and demand for compact urban SUVs meant almost nothing to the “three diamonds” – except for Pajero Pinin, the Japanese had nothing to offer to those who were looking at Honda CR-V, Toyota RAV4 or Land Rover Freelander. Such arrogant attitude to requirements of the market has not slowed down the financial party of business, and here, being guided by a saying “better late than never”, the company has brought the worthy answer to competitors – Mitsubishi Outlander to the European market.

If you cannot remember where you saw it before, search in automobile magazines for 2001 – exactly then Mitsubishi exhibited its concept car ASX. Or pay attention to model Airtrek, which is issued only for the domestic market – Outlander borrowed some features from it too. But as a whole Outlander remains absolute “original” – to take at least the fact that it will be the unique new model of the company launched in Europe for the last three (!) years. Being a crossover by nature, it certainly will not be the first to break the usual frameworks of classes and segments. Even within its own brand. For example, in 1983, the first Space Wagon was both a minivan and station wagon, and the Space Star in 1998 became the first of the “golf”-class cars, which claimed the laurels of a microvan. Here is also Mitsubishi Outlander in 2003 represents abrupt mixture of sports station wagon and SUV, addressed to inhabitants of the big city who due to uncertain reasons of personal character would like to keep mobility despite road and weather conditions. If to come down from the highest spheres of market definitions and advertising proclamations to an ordinary man in the street, the charm of Outlander is worth describing for him, not especially moving away from the basic values of the company. In fact, Mitsubishi managed to create the automobile, which is not so “parked” as it can seem at first sight.

Transmission of the automobile with the inter-axial differential blocked by viscocoupler allows it having permanent full drive with a varying factor of distribution of torque between axles. This technological solution, which has its origins in the Lancer Evo rally models, is complemented by fully independent suspension of all wheels. The use of McPherson struts in front and multi-linkage scheme in back allowed to achieve almost light handling at high speeds, levelling the disadvantages of a large clearance.

At launch, this all-terrain vehicle will be available with three gasoline engines. The first of them will be psychologically important for Europeans 2-liter engine with the index MPI, which was based on the “Gallant” 16-valve engine. After upgrading the engine has received a block head with two camshafts and is now able to give 136 hp and 176 Nm of torque at 4500 rpm. The other two motors will be 2.4-liter unit with Mivec abbreviation, which hides the branded Mitsubishi Innovative Valve Timing and Lift Control, and two-liter turbocharged engine, which, in fact, is only a little bit deformed variant of the Lancer Evolution VIII. Motors will be completed with mechanical 5-speed transmissions, and the 2.4-liter engine – with a sequential “automatic device” INVECS-II.

Outlander uses the latest achievements in the field of active and passive safety cars. It has a strong, rigid body and a number of advanced safety systems. To prevent accidents on the road will help permanent four-wheel drive, providing increased traction and directional stability, anti-lock braking system (ABS), integrated with the electronic brake force distribution system (EBD), as well as a multi-link rear suspension. If the accident did happen, the powerful safety frame of the body, made of high-strength steel on Mitsubishi RISE (Reinforced Impact Safety Evolution) trademark technology; inflatable airbags, working in complex with 3-point belts, and adjustable headrests for the driver and all passengers will provide reliable protection. In addition, an automatic door lock release system is used in the event of a collision. For the safety of the smallest passengers Outlander provides locking rear doors, traumatic windows and ISO-FIX anchorages for child seats.

Japanese Outlander 2.0 will arrive to Russian dealerships in May-June and will expand Russian Mitsubishi model range filling the niche between Pajero Pinin and Pajero Sport SUVs.