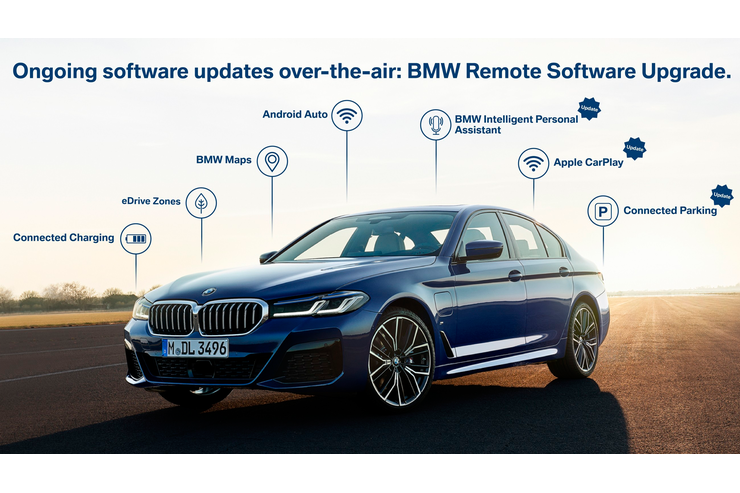 Everyone is talking about the smartphone on wheels, but in the case of the BMW, the software updates “Over the Air” (OTA) actually work. The latest update for the OS7 operating system improves the digital assistant and Android Auto, among other things.

With the launch of the OS7 operating system, BMW took a big step in 2018 – at least for an automaker. That’s because OS7, which has been used in all new models (1-series, 2-series, 3-series, new 5-series, 7-series, 8-series, X5, X6, X7, Z4) since its debut in the X5, can be provided with updates “over the air” (OTA). Important: The updates do not only affect the infotainment system, but the entire vehicle. While BMW developers made rather timid use of this option at the beginning, swapping the black-and-white icons in the infotainment for colored ones, for example, the second major update in 2020 will already follow from October 19. It will affect more than 750,000 vehicles worldwide and, according to BMW, is the largest and most extensive upgrade to date.

A look at the competition shows how impressive this step is: Mercedes recently announced that it would cooperate with the IT giant and chip manufacturer NVIDIA, among other things to provide the vehicle with fully wireless updates in the future. The Swabians will start with the new E-Class – but not for another four years.

The personal assistant can now distinguish between the driver and front passenger and leans toward the person it is speaking to.

Software update via the Internet

But BMW is already following up with an even more extensive update, which it calls Remote Software Upgrade, or RSU for short. The update requires neither a workshop appointment nor a lengthy installation process. It is downloaded from the Internet via the standard SIM card of the infotainment system and is announced via push message in the vehicle or in the BMW app.

Many of the innovations here are based on the navigation system, a terrain long thought dead for car manufacturers, and are intended to offer drivers real added value:

The sat nav in BMWs with OS7 calculates routes cloud-based after the update, which BMW says brings significant speed advantages. Points-of-Interests (POI) receive additional contextual information on opening times and images. In addition, the destination input has been significantly revised.

Android Auto, for a long time not available at all for BMW customers, works wirelessly without a USB cable connection after the update. Navigation instructions from Google Maps are shown in the Info Display and Head-up Display.

eDriveZones is for BMW plug-ins, which can use it to automatically switch to electric driving mode when entering environmental zones. Currently, eDrive Zones are already available in over 90 European cities.

Connected Parking helps with the search for a parking space and, after the update, also takes the size of the vehicle into account when matching it with the parking situation on site.
The BMW Digital Assistant gets a new and more emotional look and can distinguish between driver and front passenger. In addition, new voice commands are added. After the update, for example, the window lifters can be operated by voice command, the driving modes can be changed, or advice on more efficient driving can be obtained. 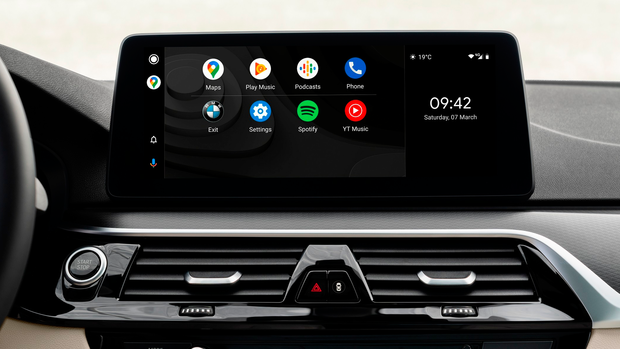 Android Auto was not available for BMW customers for a long time. Now it even works wirelessly.

In general, however, the hardware takes a back seat. In addition to the new features of the latest OS7 version, BMW also reveals the company’s future strategy. The main focus is on on-demand services, i.e. options that can be activated later, for a limited period or on a test basis. The marketing strategists are not only focusing on functions that are made possible by better programming or relocation to the cloud, but also on optional extras such as heated seats or the high-beam assistant, which are installed when a new car is purchased but not activated. In this way, the cars are to be made more durable and more attractive for the used market.

It remains to be seen which payment models BMW will choose. After all, no money can be made with free updates. For this reason, the manufacturer tried its first steps in the area of Function on Demand a few months ago and was harshly criticized. At that time, it only offered its smartphone integration Apple Car Play for a limited period as an original equipment. If customers wanted to continue using the service, they had to pay again and could only book the unlimited license for 400 euros from the third year.

It is questionable whether customers are more willing to repurchase functions that have already been paid for in the case of seat heating. Especially since, in response to a query from auto motor und sportaktuell, there are no plans yet to transfer purchased functions to other vehicles via the BMW user account. So if the car changes hands, it will be naked again like the standard equipment and the same function will have to be purchased again for the new vehicle.

BMW is currently the only automaker besides Tesla that can deliver such extensive software updates “over the air.” This is a real competitive advantage in the battle for young target groups. They are used to their digital end devices getting better and better with updates.

Whether and how BMW can earn money in the long term remains to be seen.