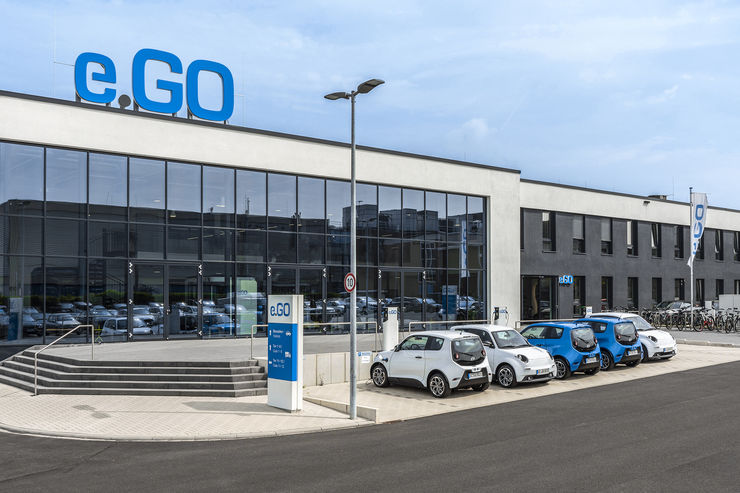 The insolvent Aachen-based electric car manufacturer E.Go has found a new investor and plans to resume car production in a new company under a new boss. E-Go Life models are expected to roll off the production line again at the Aachen Rothe Erde plant as early as the beginning of 2021.

Since April 2, 2020, the Aachen-based e-car manufacturer E.Go Mobile had been in protective shield proceedings for self-restructuring, and on July 1 it had to open insolvency proceedings. In the course of this, E.Go was to restructure itself and also reorganize its finances. This apparently succeeded: on September 1, 2020, Next.E.Go Mobile SE took over the entire business of E.Go Mobile AG, including all subsidiaries and their employees – as regulated by law in the transfer of operations pursuant to Section 613a of the German Civil Code.

The international private equity company ND Industrial Investments B.V. is taking a stake in the German electric car manufacturer E.Go Mobile AG as majority shareholder of Next.E.Go Mobile SE, alongside the management team around founder Günther Schuh. Ulrich Hermann is responsible as CEO. Hermann was Chief Digital Officer on the Management Board of Heidelberger Druckmaschinen AG until March 31, 2020. The purchase agreement was notarized, the purchase price was not communicated.

Production of the E.Go Life is scheduled to resume at the main plant in Aachen at the beginning of 2021

Production of the E.Go Life is scheduled to resume at the main plant in Aachen in the first quarter of 2021. However, this one series will not be the end of the story. According to a statement from the manufacturer, two new models are in the final stages of development. They are to be unveiled in January 2021.

However, the restart is not succeeding solely due to the fresh capital from the new investor. Next.E.Go Mobile SE has tapped two additional sources of income. The manufacturer has signed a letter of intent with Enterprise Greece, the investment and trading arm of the Greek state, to establish a joint venture in Greece, where another E.Go Life production facility is to be built. The Aachen-based company is also forming a CO2 pool (read all the information on this form of emissions trading here) with a “major” but unnamed automaker. The partners do not want to reveal which one until a later date. So far, this CO2 pool does not appear in the official EU documents either. 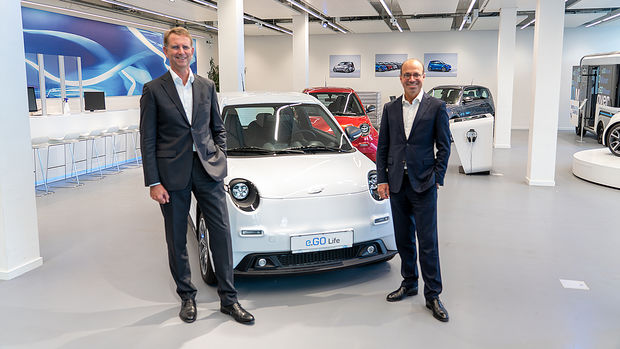 Since January 2020, the Aachen-based e-car manufacturer E.Go Mobile has been desperately seeking fresh capital. The manufacturer of the electrically powered E.Go Life microcar struggled with, among other things, delays in production and the increase in the environmental bonus to 6,000 euros, of which the manufacturers are each to bear 3,000 euros.

Price increase had no effect

In an initial reaction, E.Go had raised the base prices of the very tightly priced model by 2,000 euros each at the beginning of the year. The bottom line for the manufacturer per E.Go Life sold would thus have been identical to the previous status with a 4,000 euro environmental bonus. But the calculation obviously didn’t add up. Sales figures did not take off and E.Go Mobile slipped into insolvency.

No, those who have the money for an electric car should pay for it themselves.

The E.Go Life was and is a good idea: an affordable small electric car for commuters, something that didn’t exist before. But the pressure on car manufacturers to sell e-cars to reduce fleet consumption was passed on to E.Go on a quasi 1:1 basis – in the form of higher-quality mass-produced cars at reasonable prices, which in addition to the eco-rebate in some cases fell below the level of the e-go wagon. To make matters worse, the manufacturers pay half of the eco-rebate themselves. That was too much for E.Go – at least until now. The new start will be exciting.