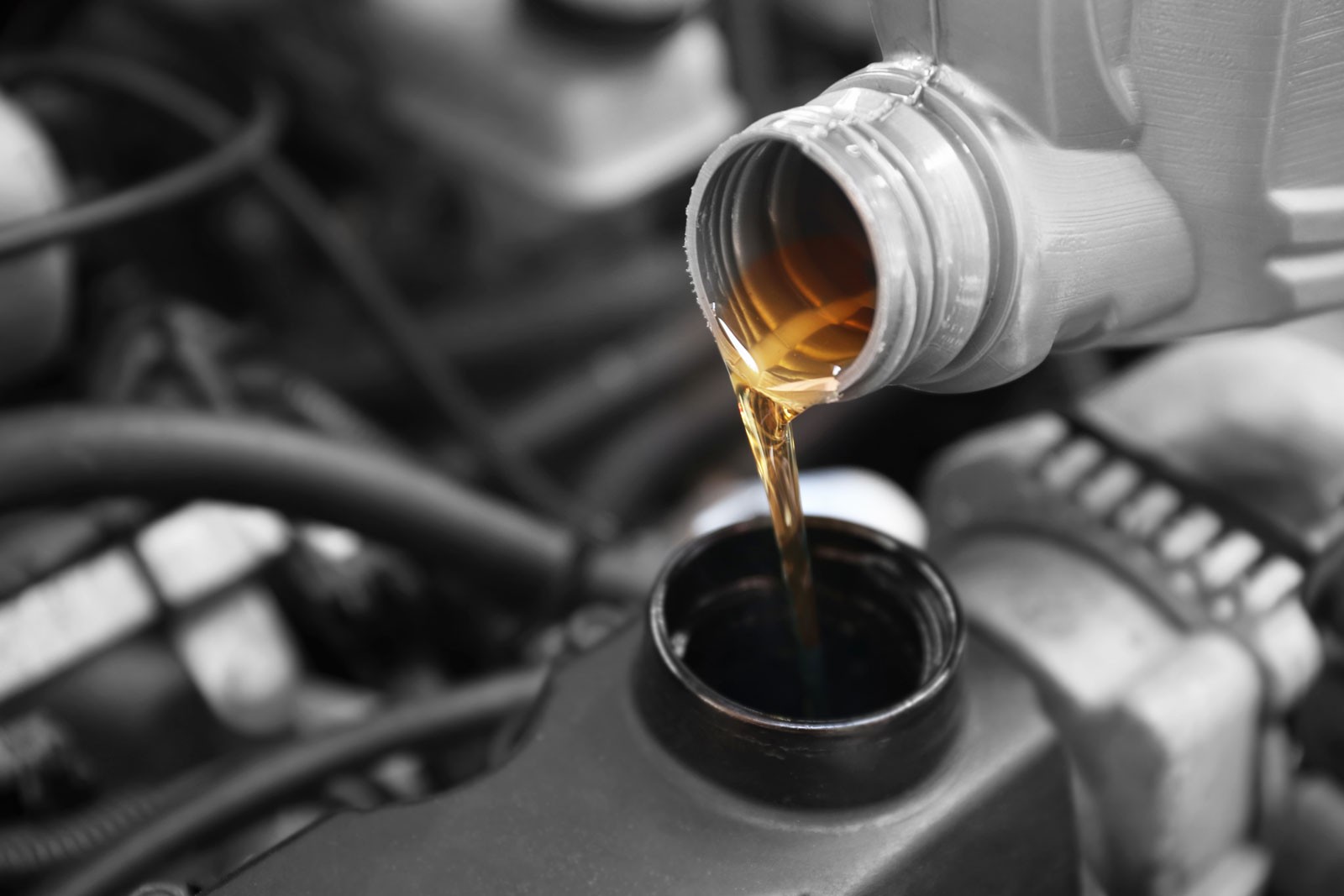 So, from the beginning: what is an oil cap? This cap, which is properly called an oil slinger, not an oil wiper, is just a valve packing. If quite correctly, it is “a sealing element of the timing mechanism of an internal combustion engine with an upper valve arrangement; a rubber cap installed on the valve guide sleeve and valve stem to allow engine oil to enter the combustion chamber.” Generally speaking, the purpose of the cap is clear from this definition: to keep oil from flowing down the valve stem into the combustion chamber.

If, for simplicity, to neglect all the rockers, tappets, hydro-compensators and some other parts of the block head, we can say that one end of the valve rests on the camshaft cams. With the other (the one that ends with the plate), it goes into the combustion chamber. That end, which is in contact with the camshaft, is in the engine oil all the time. And the task of the cap is to prevent this oil from leaking down to the valve head. That’s the simple thing I promised at the beginning. Now let’s get to the more complicated part.

The oil cap works under very difficult conditions. First, because of the very high temperature. Secondly, the valve stem is a fidget. It can run up and down more than a thousand times in just one minute of engine operation. Of course, it’s hard to work under these conditions. Friction, temperature and engine oil can kill anything, and the cap is no exception. You’ve probably heard things like “the caps are blistered.” Indeed, being in such an aggressive environment, the caps lose their properties, first of all – elasticity. The “bloated” caps cannot adjoin tightly to the valve stem and that means they cannot fulfill their function.

It has to be said that the caps now work much longer than before. The owners of classic Zhiguli were doomed to change these penny (but at that time scarce) parts often. The reason is in the material of the caps. Old-school car enthusiasts probably remember the products of the Kursk Rubber Products Plant (now JSC Kurskrezinotehnika), which produced caps for VAZ. Those caps were made of acrylate rubber mixture 51-1537A-2. Heat resistance of this mixture is up to 150 degrees, and the temperature to which the working cap can reach – 180 degrees. It is clear that such caps could not last long.

Interestingly, the early VAZ-2108 engines used the caps longer than the “classics”. The fact that we did not have the caps, which would fit “zubile” motor, so at first there were German products “Goetze” and “Elring”, and then, in the early nineties, there were domestic caps, which would work in these engines. And they did not make them from a mixture of 51-1537A-2, but from a new at that time composition IRP-1287 based on fluorine rubber SKF-26 (they were produced by NPK Reserv in Samara). The domestic caps became better, but they could still “slide” off the valve guide sleeve, after which the engine began to gobble up liters of oil.

By the way, why would a cap slip off the hub? Theoretically, some caps can do it easily, and some can’t if they want to. The reason is the different design.

The basic parts are more or less the same. The cap is a sleeve of variable diameter. The lower part is wider – it should be seated tightly on the valve guide. The top part of the cap is narrower, it has to fit tightly around the valve stem. To do this, there is usually a coil spring ring on the outside of the cap in this narrower part, which ensures that the rubber of the cap fits more snugly against the valve stem. The lower part, the one that encloses the valve sleeve, also has a metal element, a steel ring, which ensures that the cap should be secured to the guide sleeve very securely.

However, the lip caps are now also very reliable, and there is no problem with their mass escape from their place on the valve sleeve. But other problems are regularly encountered in cars with mileage.

All wrong and all wrong.

What can go wrong, I have already said: due to aging, the cap can not provide a quality drainage of oil from the valve stem, and it begins to seep inside the combustion chamber. In this case the consequences are various, but all as one are unpleasant: fouling is formed on the valve head, compression can fall, dynamics will become worse, smoke will puff from the pipe. And the main thing is the oil consumption. Actually, the oil caps are usually remembered only because of the oil. And that is only because it is easier to change them, than to get into a cylinder-piston group and to engage in rings or liners. This is often the case, and replacement of the caps can solve the “oily” problem.

The most effective method is to try to sharply step on the gas on a warm engine. It is important to observe two conditions: let the engine idle for at least five minutes and press the pedal sharply. The point is that the leaking oil accumulates at idle revolutions, and when you sharply press it together with a lot of mixture burns and flies out into the pipe. So someone is gassing and someone is looking at the exhaust. A club of blue flew out – that’s the caps. At the same time after that club the smokiness may be normal.

To check it again, you can try to brake the engine. Smoke coming out is also the caps. Smoke when you accelerate is also a sign that the caps are dead.

On the one hand, these methods are quite reliable. On the other hand, there are some subtleties that make such a simple diagnosis meaningless. The subtleties are that similar oil ingress into the combustion chamber can be due to other reasons. For example, due to wear of the valve stem. It gradually becomes thinner, and in neglected cases, even the newest cap will not save the situation. And the valve sleeve can also be worn out. It is rare, but it happens. The cap is able to work only with the longitudinal movement of the valve, as it was conceived by the designers. Its axial movement due to the rod or guide wear cannot be compensated by the valve cap, and the oil will get inside the cylinder anyway. And there can also be crankcase venting problems, which give similar symptoms.

Measuring the compression to look for sore caps is useless. If it has dropped, compression rings are more likely to be the cause.

It turns out that the only one hundred percent reliable method for diagnosing the oil slinger caps is the obligatory disassembly of the cylinder head. And everything described above should only encourage you to do this not the most fascinating business.

There was a time when these caps on “kopecks” were changed in garages for beer and vobla. It was possible there. Hypothetically it is possible to change them on a modern car. But, of course, there would be more complications (at least, due to more compact assembly and more stringent requirements for assembling), so I don’t think that someone would want to bother with it himself. Those who want to – don’t read all this, and have long ago taken off the valve cover and looked at the camshaft. And if someone still thought that such nonsense he can do with his own hands, I can remind the following.

There’s no point in putting new caps on valves with dead pins – you’ll still be losing gallons of oil. It will also leak out if you mix up the caps and put caps from the intake on the exhaust valves and caps from the exhaust on the intake valves. Valves are different, so are valve caps. The slightest loose fit – and hello, “oil sucker”. Maybe even more than it was.

In a good way, for this job it is better to remove the cylinder head completely. At the same time it is possible to assess the condition of cylinder-head (maybe the reason is not in caps at all), check head of the block (for example, by crimping), assess the condition of fitting surfaces (the head can also be distorted) and the valves themselves. Certainly, in some cases even absolutely artisanal replacement will help, but it is very offensive to disassemble the engine twice because of your own laziness or craving for economy. And it is also very important not to save on the caps themselves: a “bad” cap made of bad rubber will live very little, so the savings will not justify itself.