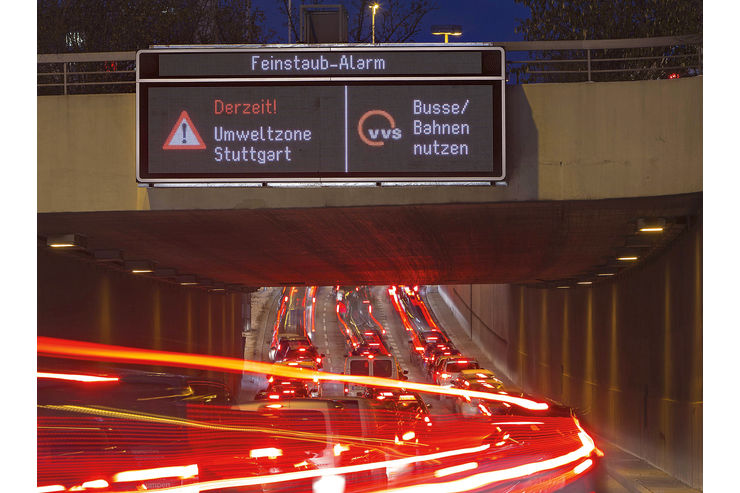 Using the Better Life Index, the OECD (Organization for Economic Cooperation and Development) illustrates the environmental quality of life in its member countries. “By 2050, air pollution is expected to become the leading environmental cause of people dying prematurely,” the organization estimates.

A new OECD study (Non-exhaust Particulate Emissions from Road Transport, AN IGNORED ENVIRONMENTAL POLICY CHALLENGE) looks at particulate emissions from road transport. Particulate matter significantly increases the risk of death, according to the OECD, causes respiratory illness, and is even said to exacerbate coronavirus epidemics such as Sars and Covid19.

Internal combustion engines are not the problem

The OECD study cites research that puts the contribution of road traffic to particulate matter pollution with particles of a size up to 2.5 micrometers (PM2.5) at 25 percent.

For vehicles that are clean to the Euro 6d Temp emissions standard, the OECD study estimates that between 95 and 98 percent of primary PM10 emissions (particles 10 microns in size and smaller) and 88 to 96 percent of primary PM2.5 emissions no longer come from internal combustion engines. In terms of the number of vehicles on the road, the study believes that these so-called non-exhaust emissions will be higher overall than those from engines from 2035 onward.

Non-exhaust particulate matter emissions from transportation have four main sources: Brake and tire abrasion, which occurs on road surfaces – and not to be confused with this – the resuspension of all particulate matter by traffic.

As for the absolute amount of non-exhaust particulate matter emissions, it is certain that they will increase, if only because traffic volumes are projected to double by 2050. According to research, the total amount of non-exhaust particulate matter emissions (PM2.5 and PM10) from passenger vehicles worldwide is expected to increase by 53.5 percent, from about 0.85 megatons today to 1.3 megatons in 2030, assuming that the share of heavy e-cars increases only slightly. More e-cars do little: doubling the share of e-cars by 2030 resulted in a similar increase (by 52.4 percent to 1.29 megatons), according to the study.

Because of recuperation (energy recovery when the e-motor acts as a generator during deceleration), e-cars produce less particulate matter when braking, but larger e-cars put more stress on their tires. The roughly 2.6 tons of an e-SUV like the Audi E-Tron, for example, wears down tires faster. Wear means abrasion, and tire abrasion is particulate matter. For e-vehicles with batteries whose capacity is sufficient for about 480 kilometers, the study assumes three to eight percent more particulate matter of particle size 2.5 micrometers and below. This should even compensate for the lower brake abrasion. 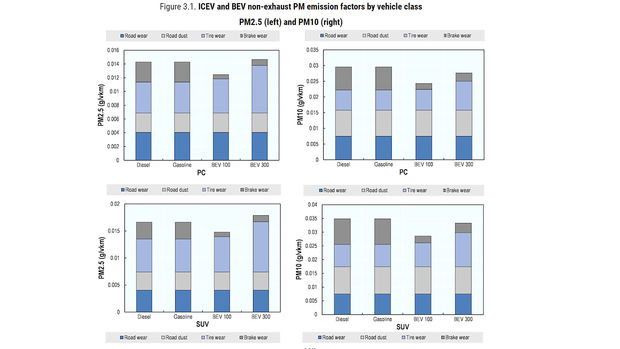 A comparison of particulate emissions from diesel, gasoline and e-cars with ranges of 180 and 460 kilometers, respectively, by cause (PC= Passenger Car, non-SUV).

Electric vehicles with smaller batteries (in the study for ranges up to about 160 kilometers) are expected to emit 11 to 13 percent less of the smaller particles than internal combustion vehicles, according to the OECD. For the larger particles (PM10), the OECD study projects that e-cars will produce five to nine percent less of the non-exhaust emissions than internal combustion vehicles. However, the larger particles are less hazardous because they do not penetrate as deeply into the respiratory tract, are not respirable.

The relationship to battery capacity is of course very schematic, because tire wear correlates with weight and this only indirectly with battery size (see BMW i3: 42 kWh and 1365 kg vs. Renault Zoe 41 kWh, 1577 kg). As a consequence, the study calls for lower vehicle weights to be incentivized or high ones to be subject to punitive taxes.

The study also identifies another way to reduce particulate emissions from road traffic: less individual traffic. In the final analysis, this could lead to driving bans following particulate matter alerts, as is the case in Stuttgart. However, these would not have to be aimed at diesels with an emissions standard below Euro 6, but at particularly heavy cars, even if they are electrically powered. 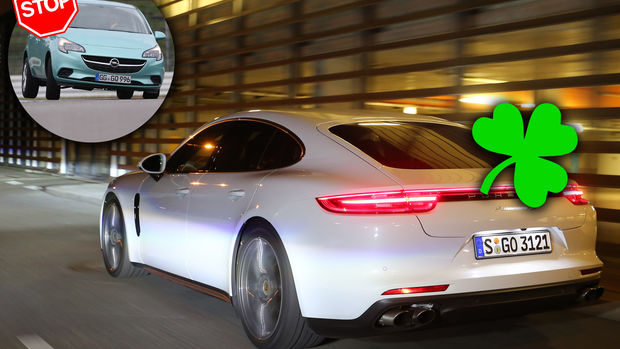 The Opel Corsa D only meets the Euro 5 standard and has been affected by driving bans since 2018. The much heavier Porsche Panamera 4S Diesel is still allowed in the cities.

As of Euro 6d Temp, emissions legislation has gotten a grip on emissions from internal combustion engines. But road traffic causes a lot of particulate matter, which does not come from the exhaust, but from brake and tire abrasion. Cars also stir up what’s on the road. The OECD study estimates that the considerable amounts of particulate matter generated by road traffic lead to significant health risks, especially for urban dwellers. If we want to improve air quality, we must either reduce particulate emissions from cars or reduce traffic altogether. The drive system plays a subordinate role here: driving bans also for e-cars would also help.

Capturing brake and tire abrasion at the source would be the alternative. Perhaps in the future we will all drive around with suction devices on the wheels, because driving a car doesn’t work without friction and thus abrasion.