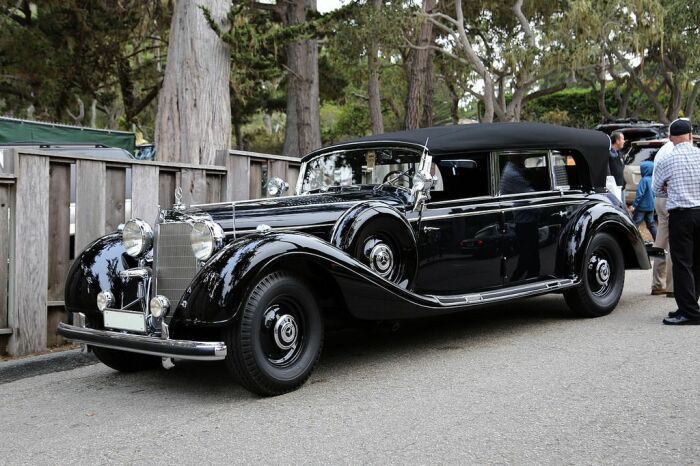 When a motorist buys a car on the secondary market, he is rarely interested in the identity of the previous owner. The main thing is that the owner treats the car well, and nothing else matters. But what to do, if your new-aged car was owned by Adolf Hitler? This, of course, is a joke. The Führer drove one car, and it’s hardly ever on the secondary market in your city. But what kind of car was it?

Despite all his “cannibalism,” the leader of the Third Reich was not devoid of some human weaknesses, besides the 30-year-old Bavarian Eva Braun. One of these weaknesses, as is often the case with men, was cars. Adolf Hitler’s main car was a luxury convertible Mercedes-Benz 770K Grosser Offener Tourenwagen. It was not only the Fuhrer who used it. The same convertible model was used for travel by Hermann Göring, President Paul von Hindenburg, Emperor Hirohito of Japan, the last German Emperor Wilhelm II and Pope Eugenio Pacelli, and many other important officials of that era. What’s more, the Mercedes-Benz 770K is one of the most famous cars of the entire era.

Unofficially Mercedes-Benz 770K was also called “Großer Mercedes”, which translates from German as “Big Mercedes”. The car was developed in the late 1920s in the face of fierce competition between Mercedes-Benz and Maybach Zeppelin. The beginning of the development of the convertible was connected with the final obsolescence of the Mercedes-Benz 630 and the appearance on the market of the Maybach 12 with an engine which was fundamentally new for that time. Creation of the new car took two years, after which the production was set up in Stuttgart-Unturkheim. The 770K was shown for the first time at the Paris Auto Show. From the beginning the truck was positioned as a car for a large officialdom.

Luxury Mercedes-Benz 770K had two generations. The first W07 went on the market in 1930. The second generation of the W150 convertible was developed in 1936. Throughout its history, the car and its design changed several times. In particular, the outlines and curves of the body changed. The cars were produced naturally piecemeal. From 1930 to 1938, Mercedes-Benz produced only 119 cabriolets 770K of both generations. Only one piece of this model has survived to this day. Most of the cars were damaged during World War II. One can see separate convertible 770K in museums of Canada, USA, Germany and Spain.