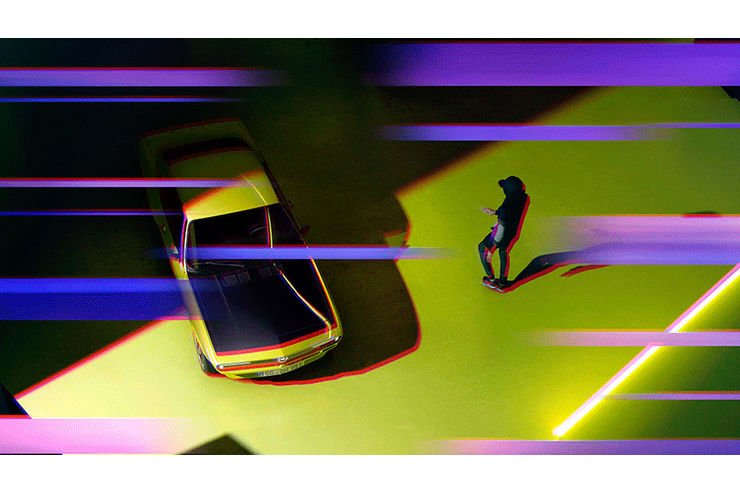 A very special restomod is to illustrate Opel’s path into the future: The electric Manta comes with a new brand face and digital cockpit, but will probably remain a one-off.

A bird’s eye view of an Opel Manta A? Yes. Almost. Because this one is absolutely unique. Design and body are from 1970, drive, face, cockpit and lighting directly from the 2021 Opel shelf. Sounds like a classic restomod, but it wasn’t done by the tuner around the corner, but by Opel itself. The GSe in the name references the sporty GSE Opels of the past, but visually the model was more like the Manta GT/E from 1974, which not only had a lush engine (105 hp), but also looked correspondingly self-confident.

Emotions instead of emissions

The GSe is not far behind, but despite all the emotion, it is supposed to be emission-free. In other words, the GSe is electric. Opel is still keeping it to itself whether it will be rear- or front-wheel drive. In view of the Manta’s rear-wheel drive history, we assume that it will be an electric rear-wheel drive. Opel is also keeping a tight lid on all other technical details, with the details of the modernized Manta to be unveiled one by one.

New face on the old Manta

The 1970 Manta most recently inspired the design of the new Opel brand face we know from the Opel Mokka. On the factory restomod, the Vizor comes back to its roots. This also applies to the digital cockpit, which builds the bridge to the present. Sounds like an ambitious total technology operation, but one that shouldn’t cost the Manta any of its sportiness. Opel emphasizes that the electric Manta will be fully roadworthy. 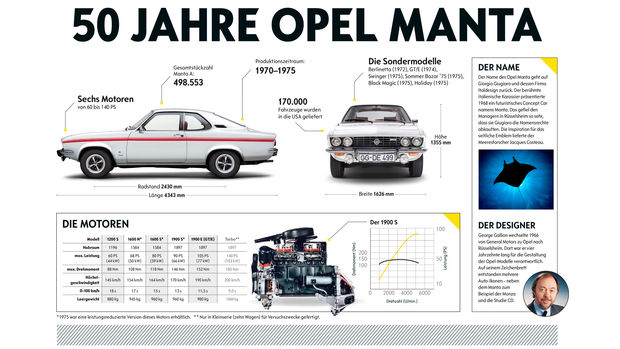 50 years of Manta at a glance.

According to Opel, the fact that the modernized Manta is called ElektroMOD is due to the Elektro GT concept car, which already set world records for electric vehicles 50 years ago.In 1971, Georg von Opel, the grandson of the company’s founder, drove a 188 km/h Opel Elektro GT to six electric vehicle world records. Two coupled DC motors delivered 88 kW/120 hp. Energy came from a 590-kilogram nickel-cadmium battery. The range was a maximum of 44 kilometers at a constant 100 km/h.

… a strong idea. Gladly as a small series!

… no more than an electric fig leaf!

Opel is making every effort to anchor the path to electromobility as part of the brand DNA. An electric Manta can be very helpful in this respect. Restomods are in vogue, and in combination with the new electric drive and the eye-catching look, the modernized Manta is likely to earn the Rüsselsheimers plenty of attention. The only downside is that the E-Manta will probably remain a one-off.