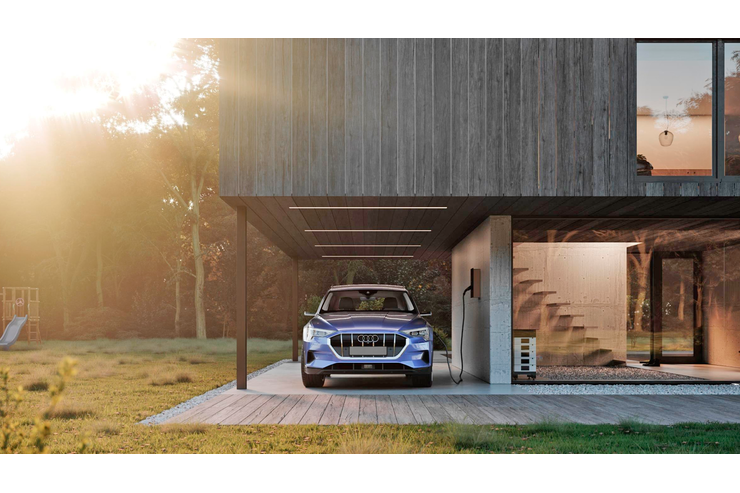 Electric car and photovoltaic system? In practice, however, the idea of having your own charging station is not entirely straightforward. The EEG amendment should bring relief.

Since November 24, 2020, there has been a 900 euro state subsidy for the installation of a private charging station (see image gallery). For homeowners, this makes their own charging station more or less a bargain. Anyone who already has a photovoltaic (PV) system on their roof can simply charge the electricity they produce themselves into their car. Free of charge. Because: Sunshine costs nothing. At least theoretically. Unfortunately, it’s not really that simple. And there are several reasons for that.

A ray of hope: EEG amendment

For 20 years, owners of older PV systems benefited from a guaranteed feed-in tariff, which was established at the time with the Renewable Energy Sources Act (EEG). The EEG created the basis for a rapid expansion of private photovoltaic systems, because the stable compensation made it relatively quickly profitable for homeowners. Anyone who has such a system on their roof today has had several problems at the same time: photovoltaic systems that were put into operation by the end of 2000 were to fall out of the statutory subsidy on December 31, 2020, according to the Renewable Energy Sources Act (EEG). This means that the electricity produced would no longer receive the usual compensation. This is because, according to the previously valid legal regulations, these plants would not have been allowed to simply continue feeding their solar power into the grid. No flat-rate remuneration was envisaged for these so-called post-EEG systems. The responsible Federal Ministry for Economic Affairs and Energy (BMWi) seems to have got its act together with the long-discussed amendment to the EEG. As it looks, there is now a follow-up regulation for the so-called Ü-20 plants. Exactly what this will look like is not yet entirely clear. However, the coalition says that this will make it possible to continue operating the old plants. Importantly, the initially planned requirements for measurement technology (remote-controlled meters, etc.) are also apparently off the table, at least for existing plants.

Sustainability idyll: charging the e-car with your own solar power. The problem: The Renewable Energy Sources Act (EEG) has a few stumbling blocks.

The final problem with older systems is that most of them are not designed for self-consumption of the electricity generated. This would hardly have made economic sense against the background of the old EEG, because you could sell the electricity from the roof more expensively than you could buy your home electricity. This has now changed, partly due to the rise in electricity prices. So it would be quite attractive to consume your own solar power yourself. To do this, however, the existing system must be converted. Once this has been done, it is important for PV veterans and PV newcomers to deal intensively with the EEG. 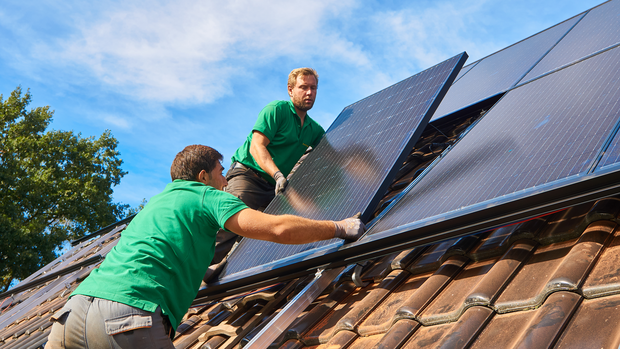 If you are planning a new PV system to supply your house (and electric car) with electricity, you run the risk of having to pay EEG levies if the system is too large.

Because: According to the EEG, anyone who also consumes the solar power they produce themselves must pay a levy for it. That is, you pay a fee for the electricity that you have generated yourself. This is like having to pay a fruit tax for the apple trees in your garden. Sounds absurd, but historically it’s not that far-fetched. Because the EEG did not originally provide for internal consumption, only external consumers had to pay this EEG surcharge. And this was then used to finance the guaranteed feed-in tariff.

Because this would indeed be insane today in view of the many privately operated PV systems and possible self-consumption, the legislator has provided for exceptions. These are primarily based on the size or capacity of the photovoltaic system. Up to a peak power of 10 kW, no EEG levy has been charged so far. Here, too, there are obviously decisive improvements in the draft of the EEG amendment that is ready for decision: The EEG levy on self-consumption is to be waived for photovoltaic systems with a peak output of up to 30 kW. For systems over 30 kilowatts peak, 40 percent of the EEG levy must be paid on each kilowatt hour consumed by the system itself, which is currently 2.7 cents. Either way, a private PV project will hardly succeed without intensive consulting. Detailed information and support is available, for example, from the consumer advice centers or the advice portals of the German states.

No, those who have the money for an electric car should pay for it themselves.

Purchase premiums for electric cars and plug-in hybrids, subsidies for wallboxes: The German government is currently investing a lot of money to make it easier for drivers to say goodbye to the combustion engine. The version of the Renewable Energy Sources Act (EEG) that is now available at least gives hope to operators of private PV systems.