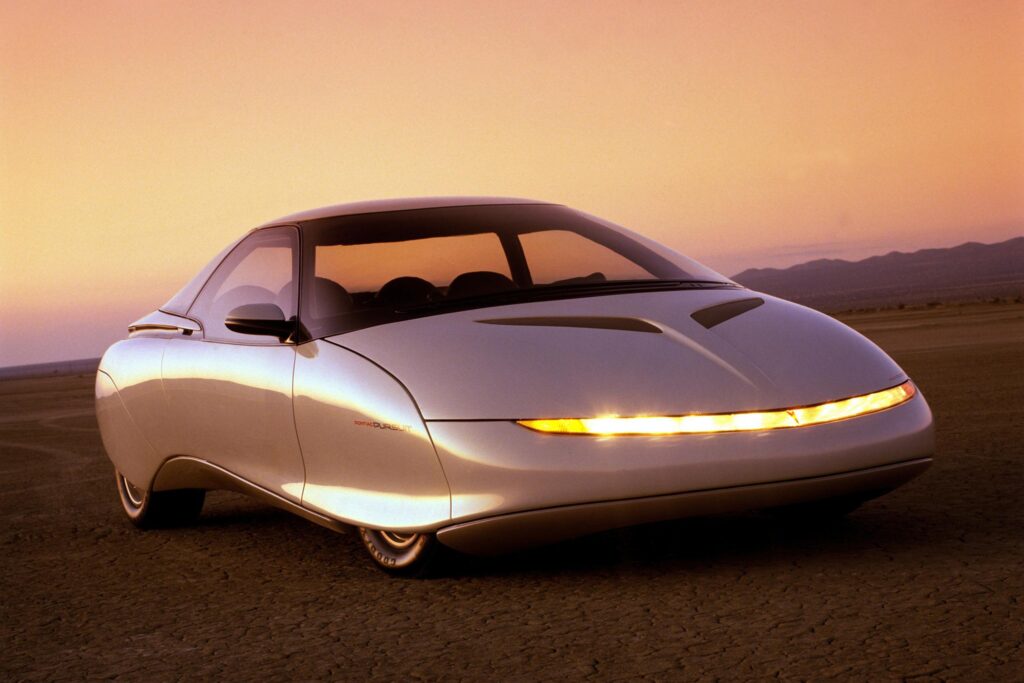 When General Motors stopped making Pontiacs ten years ago (it’s crazy, it’s been ten years already!), many people thought that the decision was hasty. And that the company deserved another chance – especially with the growing popularity of muscle cars. In fact, in the twentieth century, Pontiac delighted with a huge variety of unusual cars, including concept cars. Let us tell you about one of them – the concept car Pursuit, though it did not make it to serial production, but predicted the trends of cars of the future quite accurately. 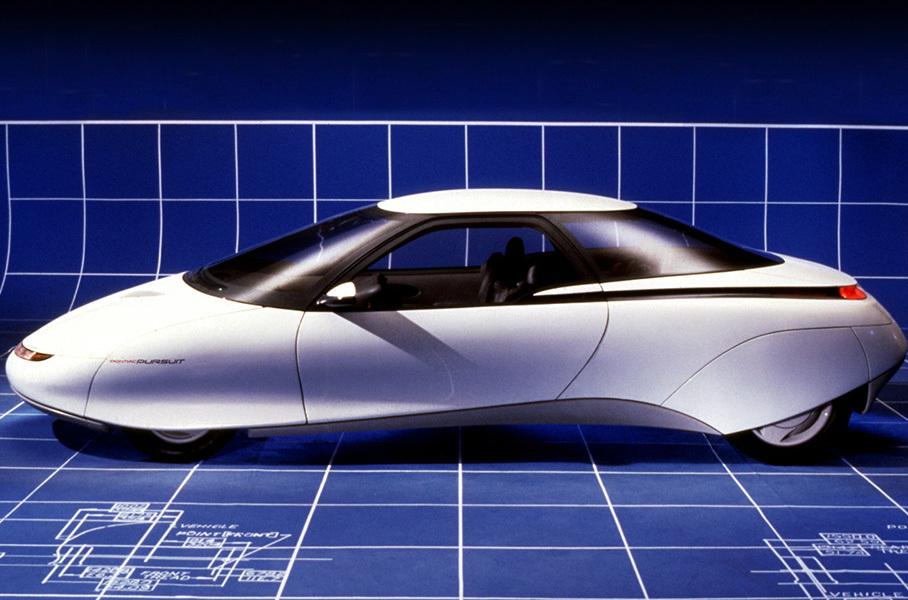 Fuel crises, economic instability and rapidly developing cybernetics – all these factors started to influence the cars in the 80-s, that it became evident that the cars of the future would not resemble those that existed before. And even General Motors, where monumental cars, emerged as if from under the axe (at best, from a sculptor’s carving), were the main property, a stronghold of stability, realized the seriousness of the situation.

In the mid-eighties, the design studio Pontiac decided to create its own vision of the car of the future – without any thought of putting it into production, of course. Who would have thought that this car, which is already more than 30 years old, would so accurately represent the realities of the 21st century, albeit with adjustments for the technology of the time. 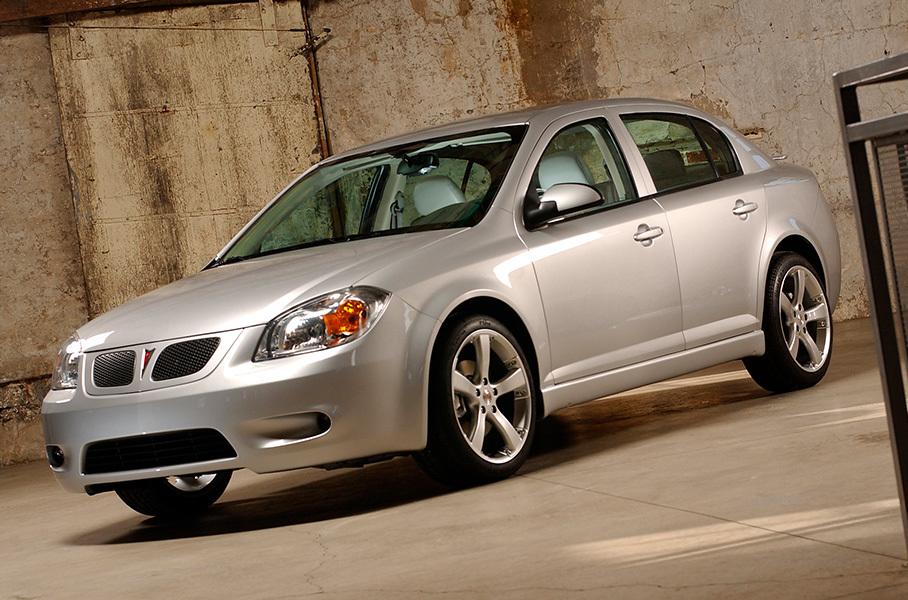 The car premiered at the end of 1987 and was given a corresponding name – Pursuit. The car obviously tried to chase the elusive future, and it did it quite well. Looking ahead, we note that the model named Pursuit appeared in the Pontiac lineup in the early 2000s, but it was not very interesting – it was a modified Chevrolet Cobalt of American specification (pictured). 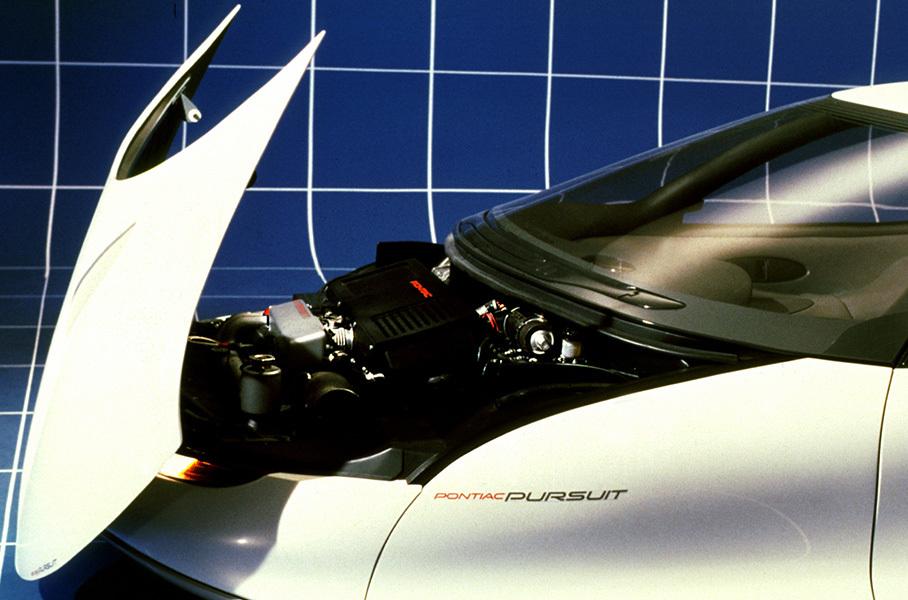 It is the same as a concept of 1987. Take at least the design – it is completely subordinated to aerodynamics, as the majority of modern electric cars and hybrids have. Moreover, exactly silhouette of the Pursuit became a basis for the first serial electric car General Motors, GM EV1. However, the concept’s highlights did not end with its futuristic biodesign alone. 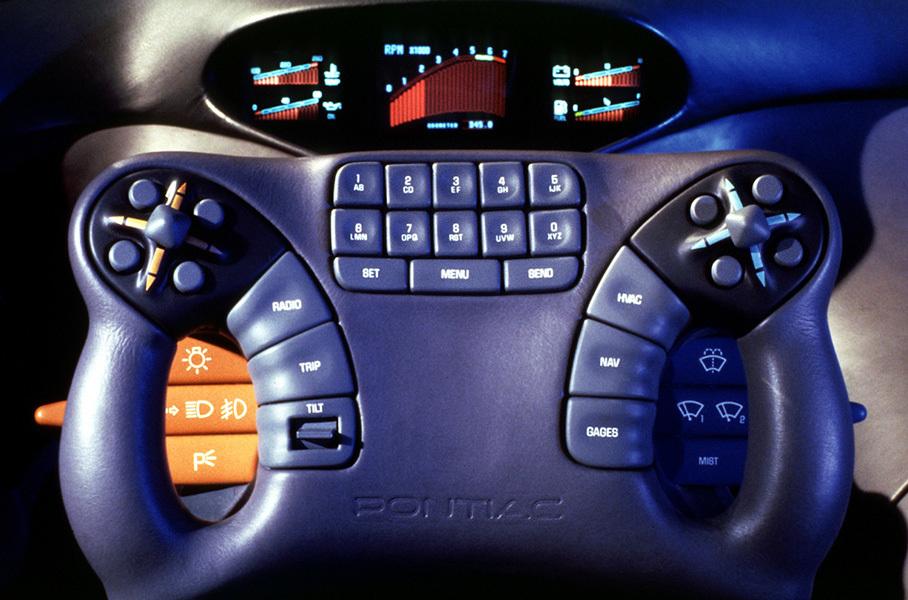 The main feature of the car was the control system, which does not provide mechanical connection between the steering wheel and the wheels. In the case of the Pursuit, the steering wheel served only as an actuator for the electro-mechanical systems at the front and rear axles, powered by separate batteries. In other words, Pursuit was equipped with full drive-by-wire steering system, and it was fully functional.

Journalists noted that the process of steering Pursuit was not like anything previously experienced – not only the fact that the steering wheel was absolutely no feedback, and still the response to a turn was too sharp. And it’s not surprising – from stop to stop the Pursuit’s steering wheel made… a half-turn. As on a budget steering wheel for a computer! 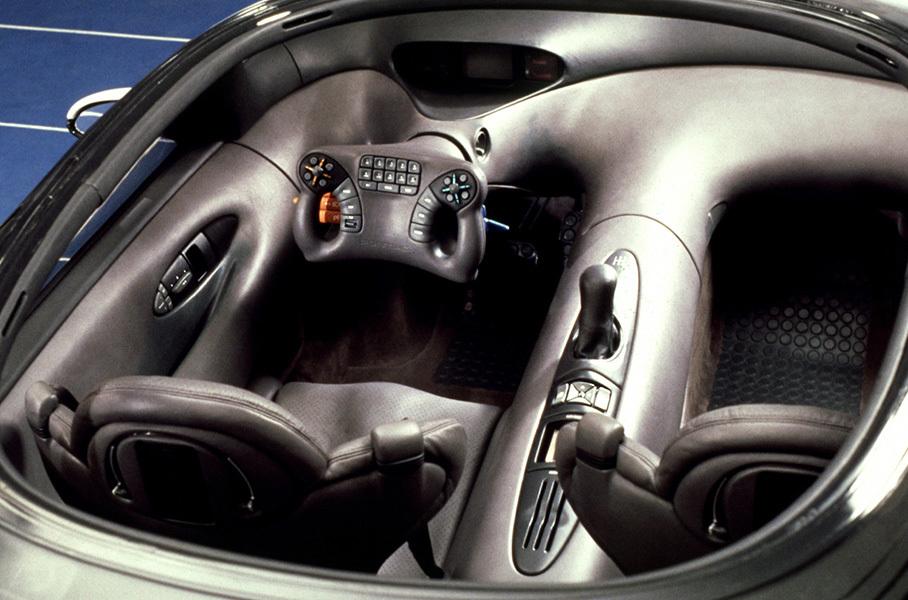 Now drive-by-wire control is gradually becoming the norm, as evidenced by Infiniti models (although, Japanese cars have an insurance mechanical system in case electronics will fail). Multifunctional steering wheels also do not surprise anybody any more. In the case of Pursuit, you can draw parallels with Ferrari, which has nearly all buttons of car systems control, but Pontiac has more brutal style of the eighties. This steering wheel has multifunction joysticks and keys – Pontiac had a predictor, not otherwise.

Probably, he also suggested the idea of an all-digital dashboard. Yes, in the eighties, many automakers had electronic dashboards, but the concept Pursuit had several screens, and this is already greetings to Audi and all followers of “virtual cockpits”. It was possible to walk by the menu of dashboard due to joysticks on a steering wheel – exactly as now.

Naturally, the coupe had air conditioning, TV for rear passengers (the car was four-seater), and a built-in child seat in the rear “buckets” like on modern Volvo models. The only thing in Pursuit does not correspond to our realities is a manual gearbox. Even on sports coupes it can be met less and less often nowadays. 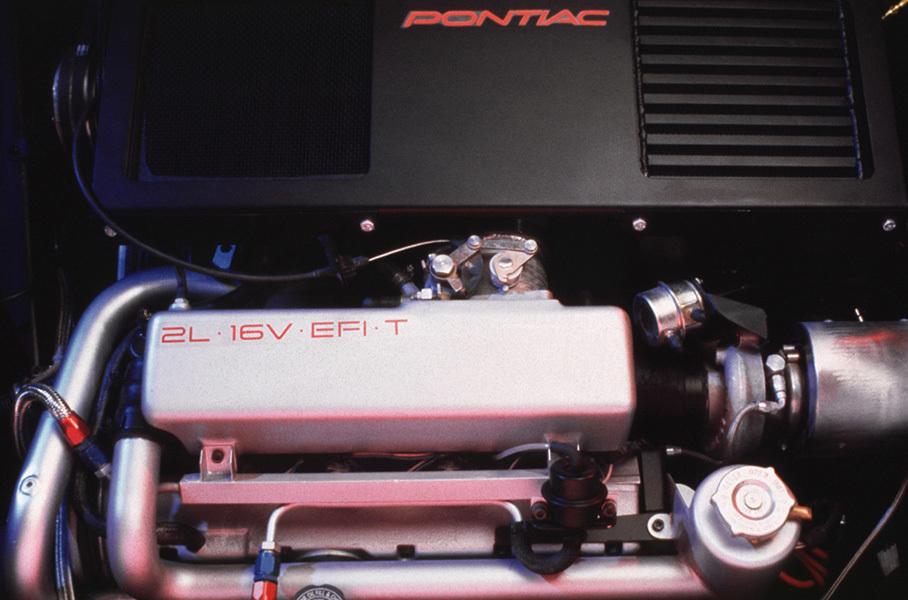 The engine of the coupe was also quite modern – 2-liter turbocharged 4 with 200 horsepower. In other words, Pontiac had all trumps in its hands. So why since the 90’s did the company’s lineup become dull little less than completely? We will never know the answer to this question. Most likely, General Motors was so confident in correctness of a course of unhurried changes, that they simply did not allow Pontiac to carry out courageous experiments and to introduce new technologies. As we see, sometimes it is better to risk…