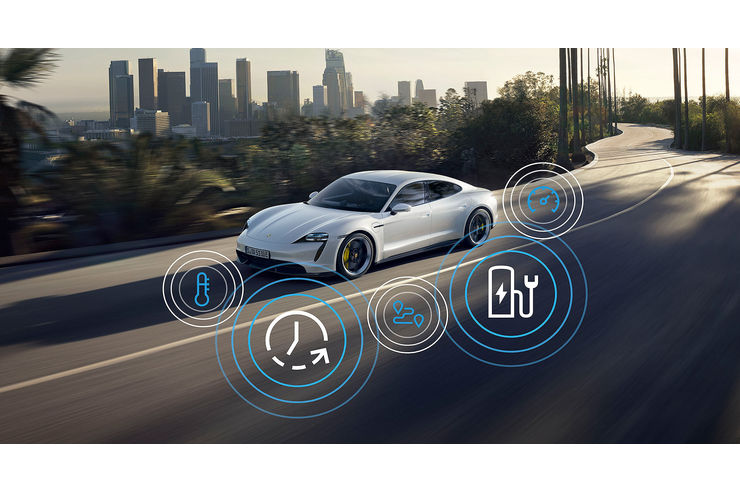 Porsche is providing existing customers with new software for the Taycan free of charge – although this does not take place over the air, it does make the electric sports car faster.

In September 2020, Porsche refreshed the Taycan for the new model year. From now on, customers whose electric sports car has already rolled off the production line will also benefit from the innovations. Thanks to a free software update that Porsche is making available worldwide. It brings improvements in driving dynamics, new intelligent charging functions, expanded scope for Porsche Communication Management (PCM), and additional Porsche Connect services. What does the update do?

For Taycan models with adaptive air suspension, the update brings the Smart Lift function. This allows the Taycan to be programmed to automatically lift at certain recurring points, such as speed bumps or garage driveways. The update also includes optimized chassis control. It improves the slip control and thus also the acceleration values of the Taycan Turbo S. In conjunction with Launch Control, the sprint from zero to 200 km/h is achieved in 9.6 seconds, 0.2 seconds faster than before.

After the update, the so-called Charging Planner can be used to set the charge level at which the Taycan should reach the specified destination. During a charging process with active destination guidance, the driver receives an indication in the vehicle and in the app as to when the necessary charge level for the remaining route has been reached and the journey can continue.

The battery-saving charging function can reduce the charging power from up to 270 kW to 200 kW if desired. The resulting lower battery temperature leads to gentler battery charging and a particularly efficient charging process. Robert Meier, project manager for the Taycan series, compares this with the slow warm-up of combustion engines: “In principle, Porsche vehicles (with combustion engines) can also be fully demanded directly after a cold start, which is what they are designed for,” says Meier. However, many customers deliberately refrain from such rough handling of their sports car so as not to risk excessive wear. The battery is also designed for 270 kW charging current, but after years it also benefits from fewer fast charging processes or tamer charging rates.

An onboard 22 kW AC charger was not available for the Taycan at market launch. From the end of 2021, it will be available as an option for retrofitting in selected markets – enabling Taycan drivers in a hurry to charge twice as fast at their home wallbox. There is also fine-tuning for navigation: for example, the display of online information directly on the map and lane-specific traffic information. And in terms of entertainment, anyone who has linked their Apple ID to the Taycan can now use the Apple Podcasts (including video streaming) and Apple Music Lyrics functions. With wireless Apple CarPlay, iPhone apps are now available via wireless connection in Porsche Communication Management (PCM). 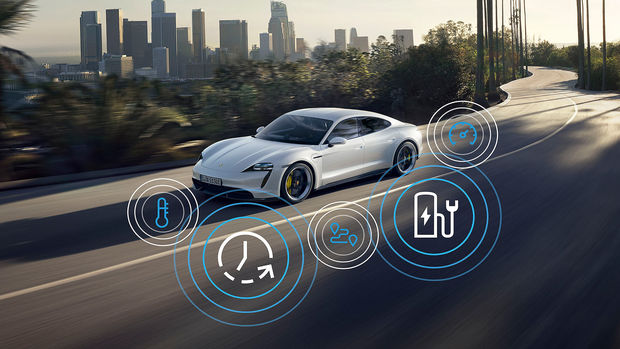 Current update not over the air

Porsche performs the software optimizations in the workshop – it includes updates for numerous control units and the transmission must then be adapted and the drive components calibrated. However, the corresponding workshop visits at Porsche centers are free of charge; those who don’t want to take advantage of them will receive the update during a regular service appointment. According to the manufacturer, functions on demand (FoD) are possible over the air in the Taycan of the current model year. In other words, the Taycan can be flexibly upgraded after purchase and the original configuration. Customers can choose whether they want to buy the respective function for their Taycan or add it as a monthly subscription. The latter includes three test months.

After registration, selection of the desired function(s) in the Porsche Connect Store, and if there is sufficient bandwidth, the Porsche backend sends a data packet to the Taycan via the mobile network. The driver is notified via Porsche Communication Management (PCM) that the desired data package is available. Activation takes a few minutes. After successful activation, a one-time message appears in the central display. Currently, the Intelligent Range Manager (PIRM), Power Steering Plus, Active Lane Guidance, and Porsche InnoDrive (similar to the predictive efficiency assistant of other brands) can be “reordered” and downloaded over the air. 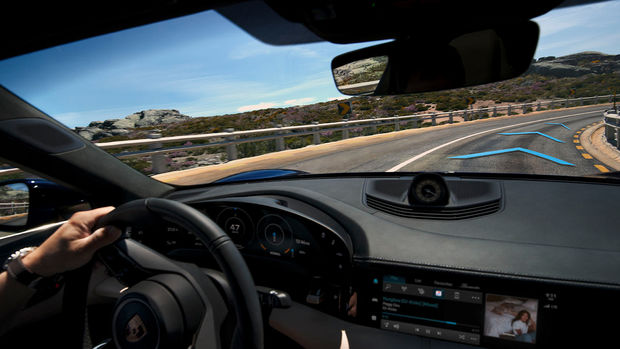 Updates for the assistants and infotainment – Apple Car Play works without cables.

The long road to the central computer

Unlike Tesla, for example, Porsche is not yet relying on a completely centralized electronics system in the Taycan. The platform, which has evolved from previous ones, still relies on more than 100 decentralized control units, says project manager Meier. Such a system also allows over-the-air update capability, which will gradually be extended to other functional areas.

The next centralization step on the hardware side, however, will come with the switch to the Premium Platform Electric (PPE), which Porsche has developed together with Audi and will be used in a production car for the first time in 2022 with the new electric Macan. Another will follow with the cars that emerge from the Artemis project, which will then also run the operating system developed by the VW Group’s software.org.

No, absolutely not. Artificial mini-engine noise and constantly stopping for charging – neither sporty.

The Porsche Taycan’s J1 platform is very consistently designed when it comes to the drive change, and with its 800-volt technology it set a trend-setting standard that BMW and Daimler have yet to follow with their premium e-models iX and EQS – Hyundai and Kia have.

In terms of electronics, however, the Taycan probably still draws heavily from the world of combustion engines. The first update is all the more remarkable, as it impresses with its depth of detail and the basic over-the-air update capability despite numerous, decentralized control units. Even if this means that certain updates can only be installed in the workshop: The decisive factor is that the software optimization works without bugs-which could be more likely to be guaranteed in the Porsche center than in the home WLAN.