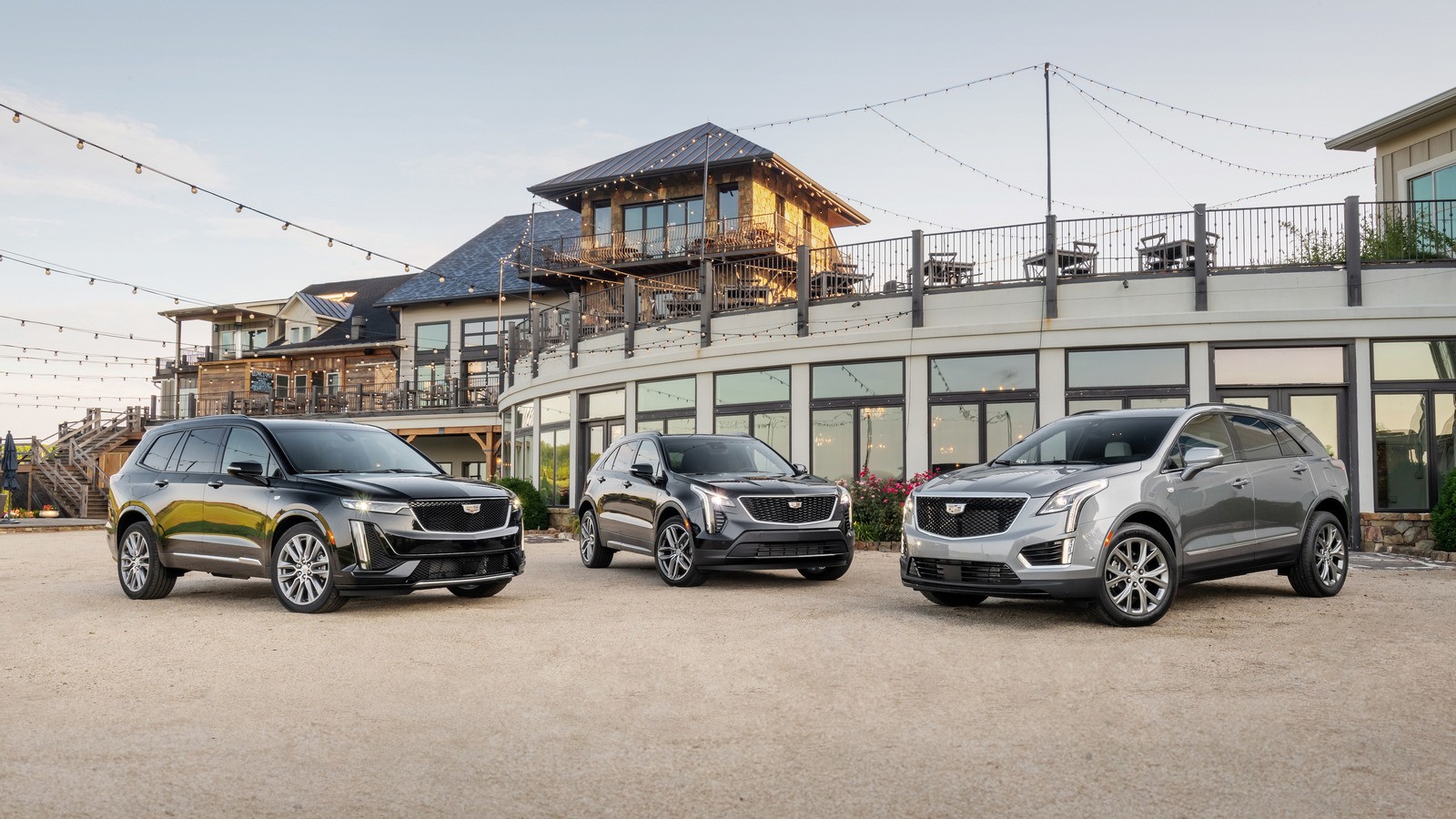 As we explained in a previous article, the discrepancy in the volume of cars shipped to dealers and registered is not something extremely surprising or abnormal. Firstly, different brands may have different models of working with dealers: for example, major distributors of popular brands may have a large inventory, and with a small scale of sales the bulk of the cars may come under the buyer. Secondly, the situation depends on the demand: when it increases, the number of registered cars may even exceed the number of cars shipped due to the warehouse sale, while a drop in demand causes the opposite dynamics. Thirdly, the car that is shipped to the dealer makes a profit for the brand in one way or another – deferred payment and other “indulgences” only change the terms of sale and registration of the car. However, it also happens that the discrepancy between the “yellow” cars sent to the dealers, and the really sold ones is too big. Sometimes it can get funny: according to the own claimed data the brand shows an increase, but according to the statistics of registrations it demonstrates a fall. In general, just what brands “yellow” more than others, it will be interesting to look at.

But before we dive into the sales of individual brands, let us assess the overall market situation – here the figures are no less interesting. According to AEB, first-quarter sales fluctuated slightly relative to the same periods last year (YoY). In January they declined by 4.2%, in February they showed an increase of 0.8%, and in March again they sagged by 5.7%. The total reported figure for Q1 is minus 2.8% versus YTD, or 387,322 cars versus 398,518 in absolute terms. But the number of new cars registered by the State Automobile Inspection says that AEB data are too optimistic. Here the figures are a bit different: 346,511 cars this year against 375,627 last year, which gives us a drop already of 7.7%. In other words, real reduction of the car market is almost 3 times (2,75 to be exact) higher, than declared. Certainly, there are insignificant errors here too. For example, from the most obvious one – the fact that the cars bought at the end of March, can be registered in April. However, it does not cancel the final results: the actual decline of the market is much stronger than officially declared.

And now, having outlined the general trend of sales decrease, let’s have a look at how this decrease was distributed among the market players. Let’s start the “revision” with the premium brands.

You can start in alphabetical order to immediately stumble upon the most curious discrepancy. Audi ranks fourth in the premium segment in terms of sales, both “yellow” and “white.” Thus the number of cars registered at the beginning of the year even exceeds the data submitted to AEB: 4,510 vs. 4,112. This is the effect of the overstocking and pent-up demand: at the beginning of the year, buyers began buying last year’s cars to get the maximum benefit from the “old” prices and discounts for the year in the PTS. This is clearly evidenced by the figures: 2.5 out of 4.5 thousand registered cars are from last year. But this is not so surprising for the first quarter. The most interesting thing here is something else: according to AEB, Audi finished the quarter with growth of sales in 4%, but the statistics of registrations at the State Traffic Police says exactly the opposite: minus 15%. Here is such interesting mathematics at the beginning of the year.

The following interesting fact is demonstrated by BMW and Mercedes-Benz. According to AEB, the brand is in second place in terms of sales with 10,886 cars, slightly behind Mercedes-Benz with 11,406. But the Bavarians are in first place in terms of registrations: 10,466 cars were registered, while the result of Mercedes – 8,845 cars. The situation with Mercedes is the same as with Audi: with the AEB stated growth of 10% there are 7% fewer cars registered in the first quarter of 2021 than last year, and almost 80% of this volume is cars built in 2020. However, BMW has absolutely the same share, but the volumes are “more honest”. Here, the growth of registrations even exceeds the data of AEB: if officially the brand finished the year “in zeros”, the increase of 3% is observed in registrations. On the honest third place in a segment Lexus has finished a year. The Japanese, of course, also have some embellished statistics: 13% vs 3%, but the share of last year’s cars is slightly lower than that of the Germans: 3406 cars out of 4708, or 73%.

Of the more modest premium brands, Porsche, Genesis, and Cadillac can boast good results. The Germans, of course, also fall a little short of the announced 16% increase, but +10% in the number of registrations is still very good. In addition, the share of last year’s cars here is low – only a third. The Koreans are many times behind the Porsche in terms of sales, but the growth of client cars is even higher than dealer cars, and the share of last year’s cars is also about 30%.

The situation with the other players in the segment is negative. Of course, to varying degrees: while Volvo has lost 8% in registrations, Jaguar has “honestly” lost about 70%, selling about a hundred cars in a quarter. As for Jeep and Mini, theory and practice also agree, but Infiniti “bravura”: the declared growth of 1%, but a quarter less cars got registered than last year. On top of that, absolutely all of them were 2020, or even 2019 – let’s see if there will be fresh deliveries in the next quarter.

Separately, let’s note the slump in luxury car sales. Here only Rolls-Royce has maintained its level: 38 cars were registered in the first three months of 2021 against 40 a year earlier. At the same time Bentley lost a third of the volume: 42 cars against 66, and Lamborghini and even 4 sold sports cars against 34 last year – that is, the decline was almost 90%.

And also here, in the expensive segment, it is worth to look at sales of electric cars. We are still far from a revolution: 307 electric cars were registered in the first quarter of the year. True, last year there were only 53, so actually we have a 6-fold increase. And this growth was provided not only by Tesla with 67 cars sold versus 15, but also by the segment’s new products, such as the Porsche Taycan and Audi E-Tron.

The medium and budget segment

But in the medium and budget segments, which more accurately reflect the actual market situation, there is almost no one to boast of good results. Only Mazda and Lada are in the “honest” plus. The Japanese are not only successful, but also transparent: the number of registrations almost exactly coincides with the number of sold cars, and it is not important, that more than 80% of them were made last year. Well, the growth of Lada is not very surprising, against a background of rising prices and declining real incomes, more and more buyers are turning to the most budget cars on the market. In addition, at the beginning of the year, dealers not only gave out the most popular models, but also sold out part of the warehouse, so the increase in the number of registrations twice exceeded the official dynamics of shipments – 10% vs. 5%. Even the absolute and eternal leader has a share of last year’s cars in the first quarter – 45% – which can be kept in mind when estimating the results of other brands.

Korean brands, as in previous years, have some discrepancy in shipments and registrations. For example, Kia, according to AEB, finished the year with zero dynamics relative to the year before, but there were 12% fewer cars registered than the year before. Approximately the same “gap” for Hyundai: minus 3% for shipments and minus 14% for cars given out to buyers. The Hyundai-Kia share of last year’s cars is almost the same as for Lada: 45-50%.

Skoda has had a good year: although the +9% from AEB press release wasn’t confirmed by the traffic police, there is still an increase, even if only formal, of 1%. Moreover, the share of “old” cars in Czechs is not higher than in others – 42%. Thus, the results of the year can be considered very good, especially against the background of many others. For example, Subaru lost 11% in registrations, Nissan – 31%, and Mitsubishi 44%, all of them are close to the officially announced results. Even Toyota showed a small and “fair” drop by 15%, but still remained in the top five most popular brands. And Volkswagen followed the Korean way: AEB stated about reduction of sales by 8 %, and registrations lacked 21 % at once. UAZ, on the other hand, was able to sell its stock against the background of constantly rising prices: shipments to dealerships in the first quarter declined by a quarter and the same number of cars registered as last year. True, it makes no sense to estimate the results here also because 2/3 of the cars went “to work” for legal entities.

We should comment on the results of some brands in the table – first of all it is Citroen, Peugeot and Opel. The huge difference between the data on shipments and registrations is due to the fact that AEB includes sales of light commercial vehicles in the total volume, and in registrations they are not counted. Foton, Renault, Hyundai and Toyota have the same situation, but the commercial lineup of these brands does not skew the final figures. We can no longer look at the Datsun statistics: the brand has officially stopped selling in January, so the AEB has excluded it from the list, and now there is a sale of stocks. While to give a clearer picture of the Chevrolet market, we even added the “real” Chevrolet (which officially sells only Tahoe and Traverse) and the “Uzbek” Chevrolet (sells Cobalt, Nexia, and Spark) to the list. More about how budget Chevrolets appeared in Russia again, we told in the article about the cheapest cars on the Russian market. In brief, the Uz-Auto, which became independent, made an agreement with GM to sell cars under the American brand, and we again got familiar budget cars, not only from Uzbekistan, but also from Kazakhstan.

What will happen next?

The figures of the first quarter are certainly interesting, but in the second quarter we will have a real turmoil with the numbers. The reason for that is the quarantine restrictions, which began last April. According to AEB, the market grew by 1,8 % in the first quarter of the last year, and in April it collapsed at once by 72,4 %, down to miserable 39 thousand cars, and according to results of half-year sales decreased by 23,3 %. Obviously, following the results of the second quarter and the first half of the year one should expect very bright figures, which in practice will be explained by the effect of low base, caused by quarantine and suspension of dealer centers in April and May. The real picture will be clear only by the end of the year.