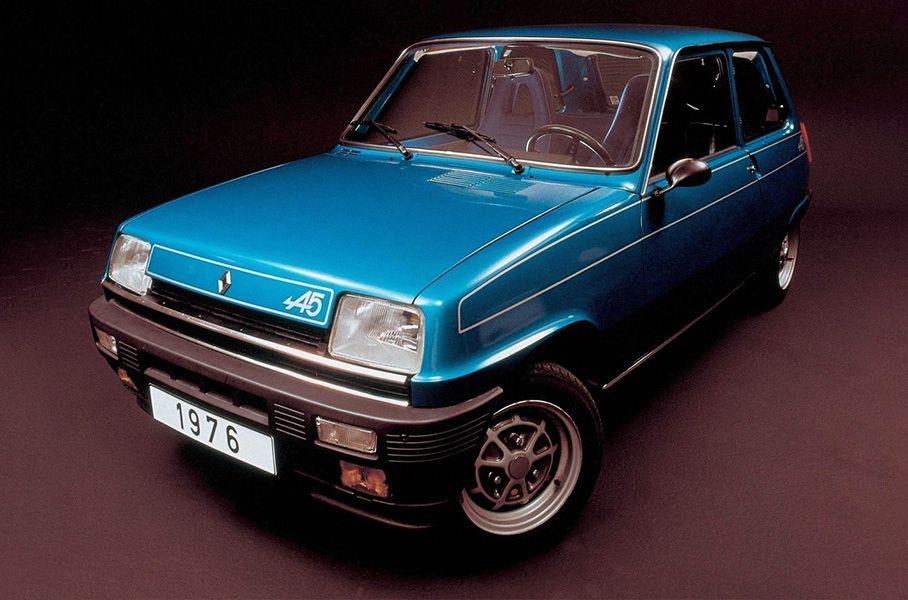 Along with the Volkswagen Golf GTI, the Renault 5 Alpine (known in the UK as the Renault 5 Gordini) was one of the pioneers of the hot hatchback segment. It debuted in 1976 with a 1.4-liter engine with hemispherical combustion chambers that developed an unchildish 93 horsepower. Since the curb weight of the Five was around 800 kilograms, the Alpine accelerated to a “hundred” in just 10 seconds, and its top speed was just under 180 kilometers per hour. In 1982 came the 5 Alpine Turbo version, which added 19 horsepower and removed a second in acceleration to 100 kilometers per hour. The ideological successor of the car was the Renault 5 GT Turbo, one of the best hot hatchbacks of all time. 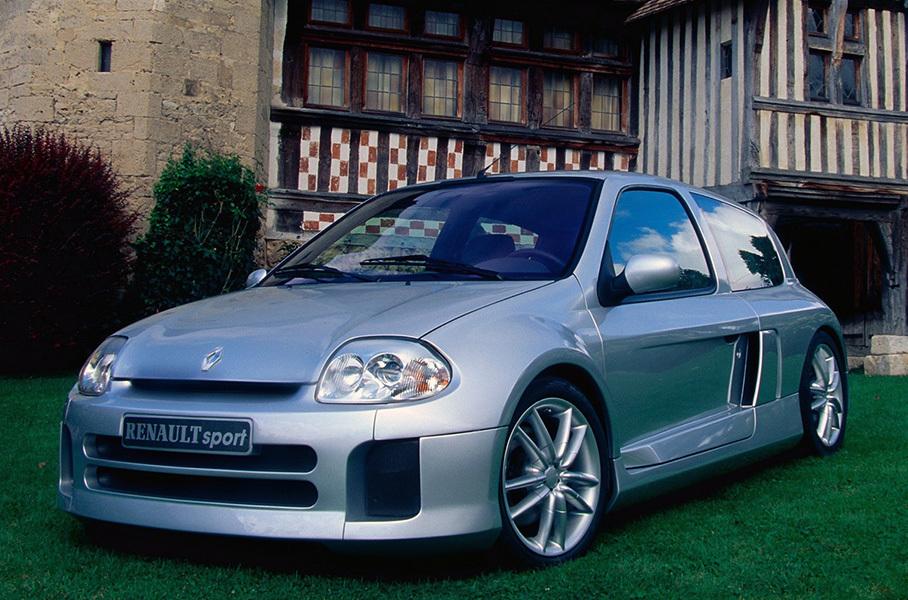 Surprisingly, but in the early 2000s, Renault Sport has decided to make a 5 Turbo in a new way – and for no reason at all. Just for fun (actually – for its monocup Renault Trophy). As the basis was taken Renault Clio second generation, which by Tom Walkinshaw and racing team TWR (Jaguar XJR-15, for example – their brainchild) was turned into a little monster with an atmospheric three-liter V6 instead of rear seats. Acceleration up to 100 km/h for 5,9 seconds, the top speed under 250 – and all this is seasoned with perfected controllability… Honed to the point that not every driver could cope with the car. Certainly, Clio has lost its practicality (the trunk has disappeared, fuel consumption and turning radius have considerably increased), but nobody cared about it. These days, Clio V6 is worth a lot of money, as from 2001 to 2005, they were created only 2822 pieces. 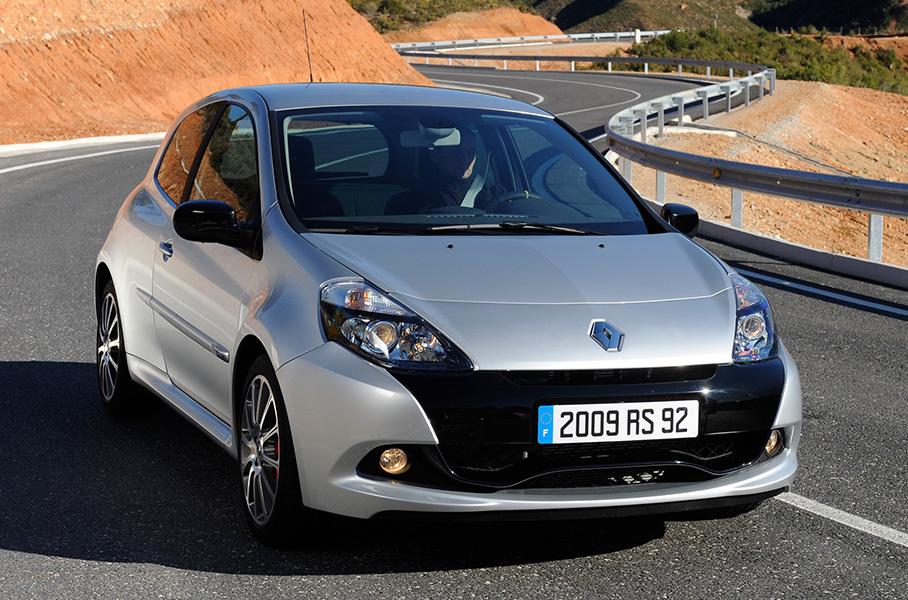 According to the already mentioned British EVO, this particular car is the best hot hatchback ever made. The R26.R is a track-oriented version of the 230 hp Megane 230 R26, standing out for its 123 kg less weight (due to the carbon fiber hood, polycarbonate rear and side windows, abandonment of rear seats and passenger airbag…) and redesigned suspension with stiff shock absorbers and springs. The brakes were also strengthened, and the wheels were replaced by lighter counterparts and covered with Toyo Proxes R888 rubber. Only 450 copies of R26.R were built, 230 of which went to the UK. Subsequent Megans from Renault Sport were also beautiful, but the “erca” is a one-off. 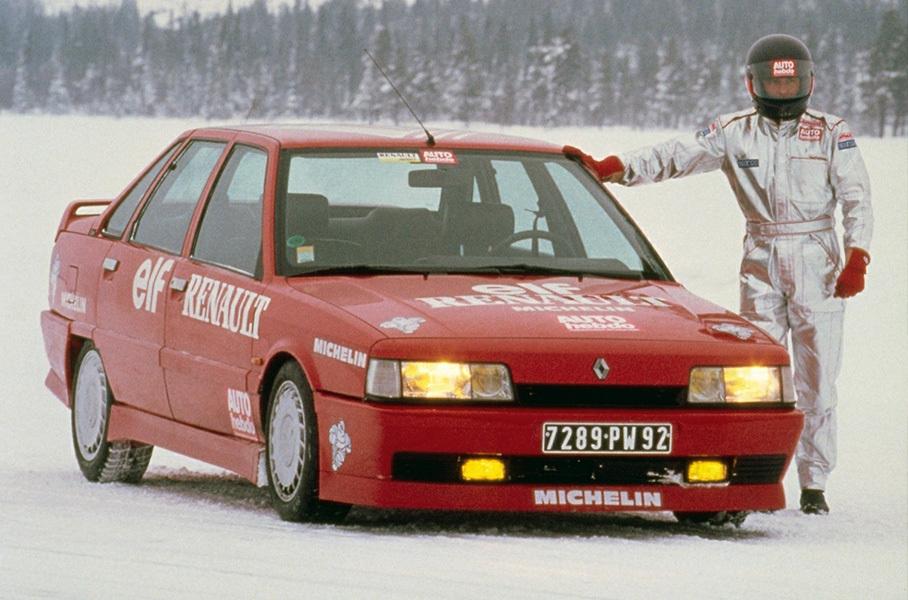 A timid attempt to build a sports car with a hint of premium has been made by Renault before – we are talking about the 21 Turbo model. True, here the formula “more is better” was completely ignored: under the hood is located a four-cylinder engine with a single turbocharger. On the one hand, there was no need for a bigger engine – the 21 Turbo was positioned as a competitor to the BMW M3 E30 and Mercedes 190 2.3-16. On the other hand, with its dimensions, it was already aiming for a higher class, and there 175 horsepower may not seem enough to some people. At least one such car came into service of the French police – the sporty 21 Turbo with all-wheel drive Quadra patrolled highways in the early 1990s. 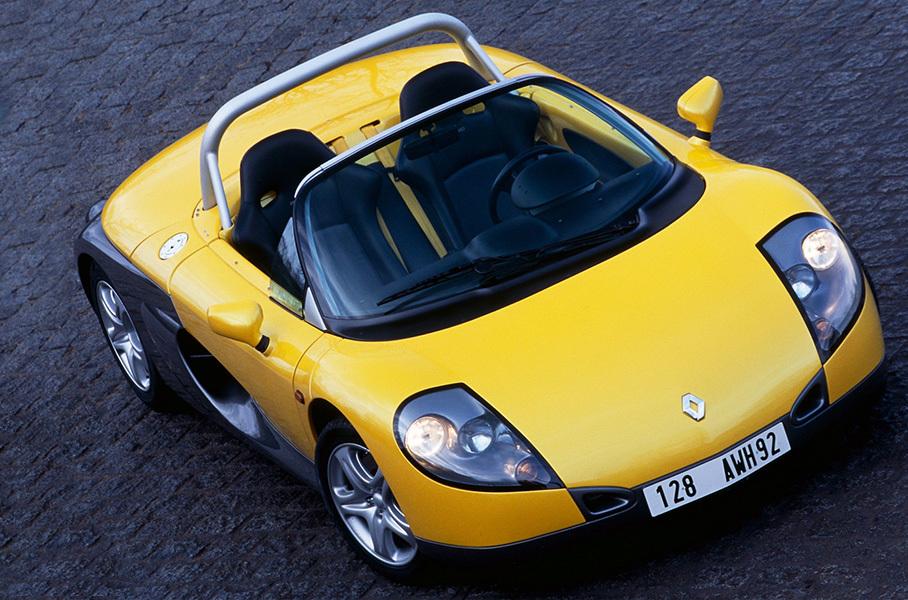 Renault’s most uncompromising sports car came in the late 1990s and was produced at the same plant in Dieppe where the Alpine A110 is now assembled. Spider is a roadster without a roof and side windows (even as an option), which now wants to be written down to alternatives of Lotus Elise. The car has modest curb weight (930 kg) and 150 forces of capacity removed from two-liter non-inflated “four” from Clio Williams, therefore to accelerate up to 100 kilometers per hour for 6 seconds he quite on forces. Since in the period from 1996 to 1999, the French built just over 1600 of these cars, they are now worth a lot of money – a good copy can pull up to 100 thousand euros.