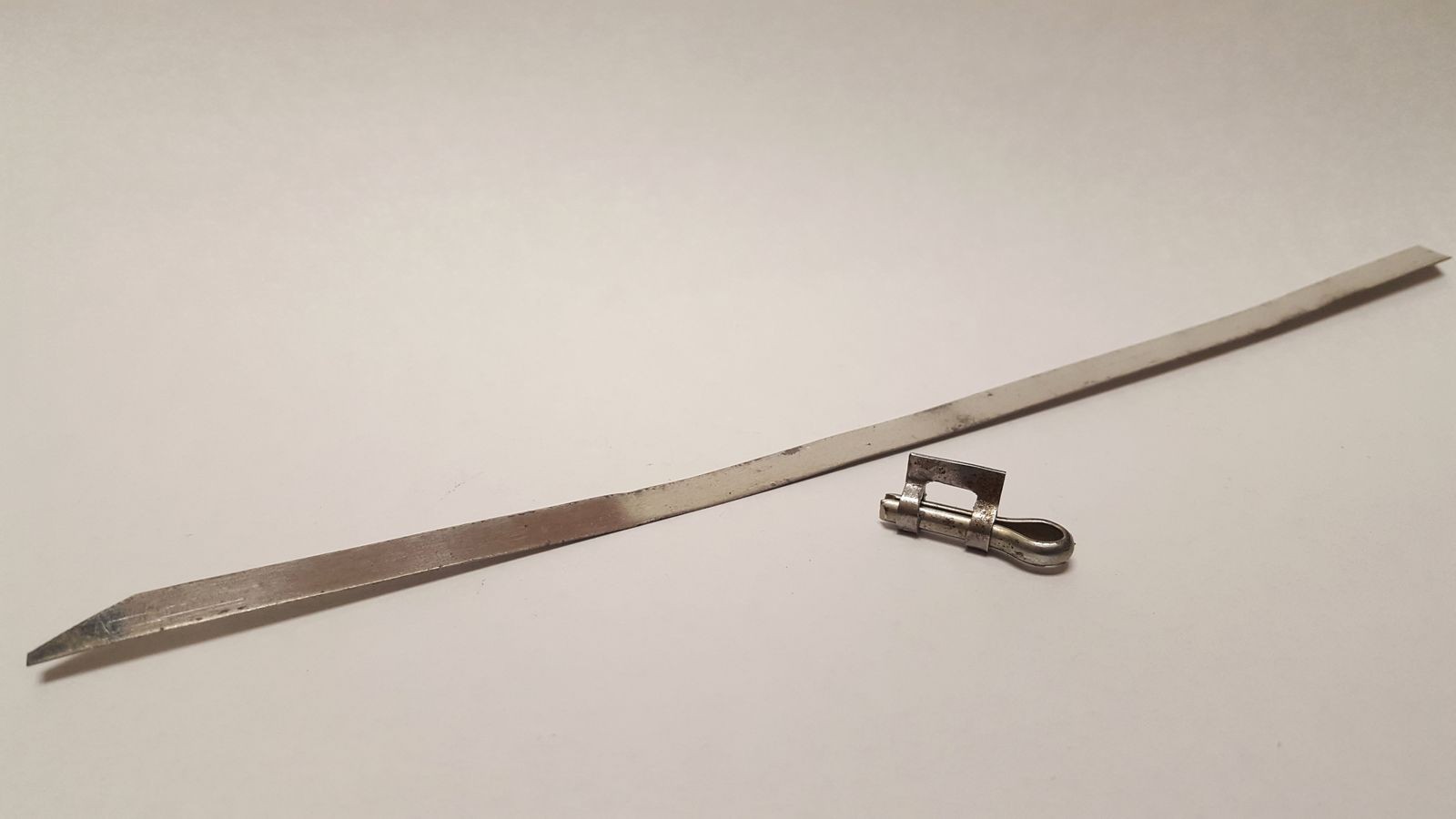 The feature of the Soviet car industry, which had been drinking car owners’ blood for decades, is strip-cotter clamps. How the drivers have sighed with relief, when these clamps have disappeared in the beginning of 2000th… Meanwhile, this construction has its pluses, and the appreciable part (if not the biggest part) of leaks is caused by violation of technology of installation and repair.

Zhiguli, Moskvichi, Volga and Zaporozhets, as well as the entire segment of cargo and passenger transport in the USSR and then in Russia, suffered for decades from the specific design of clamps, which sealed the joints of rubber hoses in the cooling, fuel and lubrication systems. Endless puddles of “tosol”, constant “sweating” of oil, annoying petrol stench – all this is the fault of the most mass and widespread type of clamps, cotter pin clamps. In spite of the fact, that much more successful by construction and well-known to all today tape-worm clamp was invented already in the end of 19th century, not one generation of the Soviet car owners desperately rubbed the construction of band-pin clamps, eliminating infinite leakages of various operational fluids under a cowl.

What a relief came to all when in late 90’s – early 2000’s AvtoVAZ, and after it other Russian plants switched to the same worm clamps, and in recent years to spring self-spring clamps. Unfortunately, these clamps didn’t leave the scene at once. Strip-cotter clamps, along with the worm clamps, were installed to the conveyors of domestic cars up to the mid-2000s! This trouble was completely solved only with the beginning of partnership with Renault-Nissan – at least, in Togliatti. At other, less progressive Russian car plants, “under-hood saboteurs” were observed at times even in later years – probably the workers were scooping out the remains…

A well known item found in many car parts to this day is the splint, a wire bent into a “pin” with a semicircular cross section. The cotter pin was usually used to prevent the nuts from coming loose by inserting it into a cross-drilled hole in the bolt. It is still used today, although much less frequently, having been largely superseded by nuts with plastic inserts and nuts with crimped shoulder.

The thicker, stronger and much shorter cotter pins were used as an element of the band tensioning in those notorious cotter pin clamps. The cotter pin band clamp consisted of three parts:

All this worked, it must be said, quite silly! The system was very simple and the elements had several functions each.

The new, never-before-installed band and cotter pin clamp was a straight strip of metal (usually 5-8 mm wide) and a buckle with a cotter pin inserted. Before use, the edge of the band was bent at a distance of about 1.5-2 centimetres from the end and inserted into the buckle. Thereafter, the edge was held in place by the surface of the hose. This means that the tape held itself in place without any additional securing measures.

It was then wrapped once around the hose and the end was passed between the buckle and the cotter pin, followed by another revolution of the tape. Two revolutions were required to increase the strength of the band and at the same time create enough friction to prevent the clamp from loosening on its own.

The end of the tape, having made two revolutions, was tucked into the cotter pin and the excess tape was cut off. The cotter pin was rotated to take the slack in the band and tighten the clamp.

The peculiarity of cotter pin clamps was that it was necessary to rotate the cotter pin when tightening it with the help of a special, though simple device consisting of a rod with a tip, which included the cotter pin head and a handle: T-shaped or as a “Kolovorot”. Such devices were available on factory conveyors, but they were not met in garage arsenals… The matter is that the band-pin clamps should be tightened by rotating a cotter pin continuously and in one go. After that, the friction in the tape layers increased so much, that the clamp held itself, although when you look at it, it could seem that the tension is not fixed by anything and the cotter pin should unscrew with time, and the ring – loosen. Most motorists didn’t know this and made two mistakes…

First, they tightened the clamps most often with a screwdriver (because it was inconvenient to get under to the splint with the pliers), making half-turn and shifting the screwdriver for another half-turn – this method didn’t allow realizing the full tightening, unlike the factory continuous rotation through “special twister”.

And secondly, they tried to tighten leaking hose clamps that became too weak because of rubber shrinkage – it was no use – the friction did not allow the two band layers to move relative to each other, and the band would just burst near the cotter pin… The band-cotter pin clamps are not suitable for retightening after a while – unlike common today worm ones… If it leaks, you should replace it with a new one!

Another unpleasant feature of cotter pin clamps was the difficulty in removing them – both to replace them and in trying to remove the clamp to straighten the band and use it again, “from scratch”. Turning the cotter pin counterclockwise did not “drive” the band in the direction of loosening, but simply twisted and broke in the tightening spiral around the cotter pin. So most attempts to remove the clamp “properly” usually ended with the cotter pin simply breaking out in a frenzy with the pliers with the band, or even the buckle, breaking off…

Despite all these peculiarities (which, to be more honest, could be called a real disadvantage) the cotter pin buckle was considered not bad for the Soviet realities. But it wasn’t bad if tightened by right method, with right effort (without crushing the hoses with overtightening, which was a sin on conveyors of factories!), when a hose under it didn’t lose elasticity and resilience. Plants loved such clamps for their cheapness and ease of production, and experienced chauffeurs, though generally disliked, appreciated them for the possibility of express repair in the field!

The Soviet industry produced cotter pin clamps in tape per metre, which was, it must be said, very handy. However, against the background of epoch of total deficit, such tape was seldom found on sale, and few people knew about its existence… However, experienced drivers, if necessary, could easily cut a tin strip from the most ordinary tin can with a simple stationery scissors and with the help of a splint and a buckle from the old clamp made a new one, of any necessary diameter!

As the old wartime joke goes, you’ll laugh, but the Soviet cotter pin clamps are still in demand today! True, only in a narrow circle of fanatical restorers striving for maximal authenticity. For when the underhood space is licked to the state of a new car