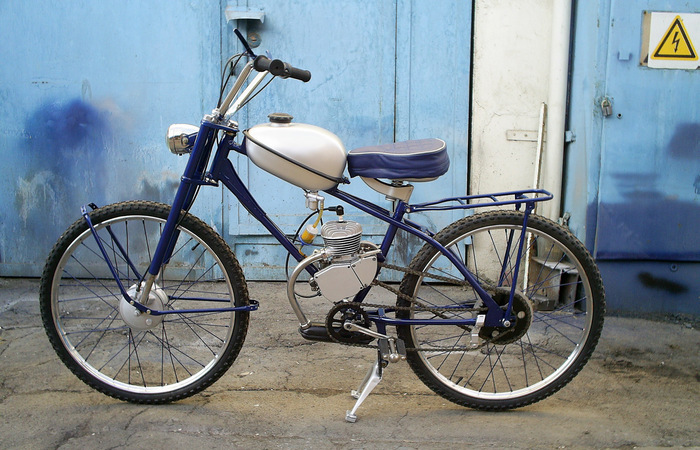 In 1958 the production of new mopeds, which received the eponymous name of the city, began at the factory Sarkana Zvaygne in Riga. These vehicles were produced at the plant until 1998, when the production was finally stopped. A true love and an absolute favorite for millions of Soviet teenagers was a moped Riga-7. That is what we are going to talk about today.

The Riga factory Krasnaya Zvezda also produced mopeds before 1958. For example, the Spriditis model was very popular. It was replaced in its time by the Riga-1. Later, the moped was actively modernized and finalized, as a result of which already in 1971 the first unit of the most famous “seven” left the conveyor of “Sarkana Zvaygzne”. But it would be a mistake to think that the new models immediately and completely replaced the old ones. For example, the moped “Riga-5” was produced for some time parallel with the “Riga-7”.

By the way, there were not many external differences between the “Riga-5” and “Riga-7”. It is not easy to distinguish two mopeds at a cursory inspection. What the two vehicles differed, it was the stuffing. The “Five” was equipped with an engine D-5, while the “Seven” got a much more advanced for its time power unit D-6. The latter differed by a rotor with a diameter of 66 mm and increased winding. Also on the seventh “Riga” for the first time appeared an electric motor, which in turn allowed the moped to mount more lighting devices: the front headlight and tail light.

The important difference between the new moped was not even the engine, but the reinforced frame. All previous mopeds “Riga” had a chronic problem with the integrity of the frame during frequent emergency braking. It was cracking. This problem was solved by adding a special rail only in the “seven”. It allowed making “Riga” a real “ants”. It had a mass of 36 kg and could carry a load of 100 kg.

With an engine D-6 with 45 cc discharging just 1.2 hp, a maximum speed of Riga moped could reach 40 km/h. Largely due to this vehicle was so beloved by Soviet boys. As for fuel consumption, at a speed of 30 km/h moped consumed 1.8-2 liters of fuel per 100 kilometers. True, there was a serious problem. Due to the location of the fuel tank “Riga-7” had some problems with fuel supply when going uphill.