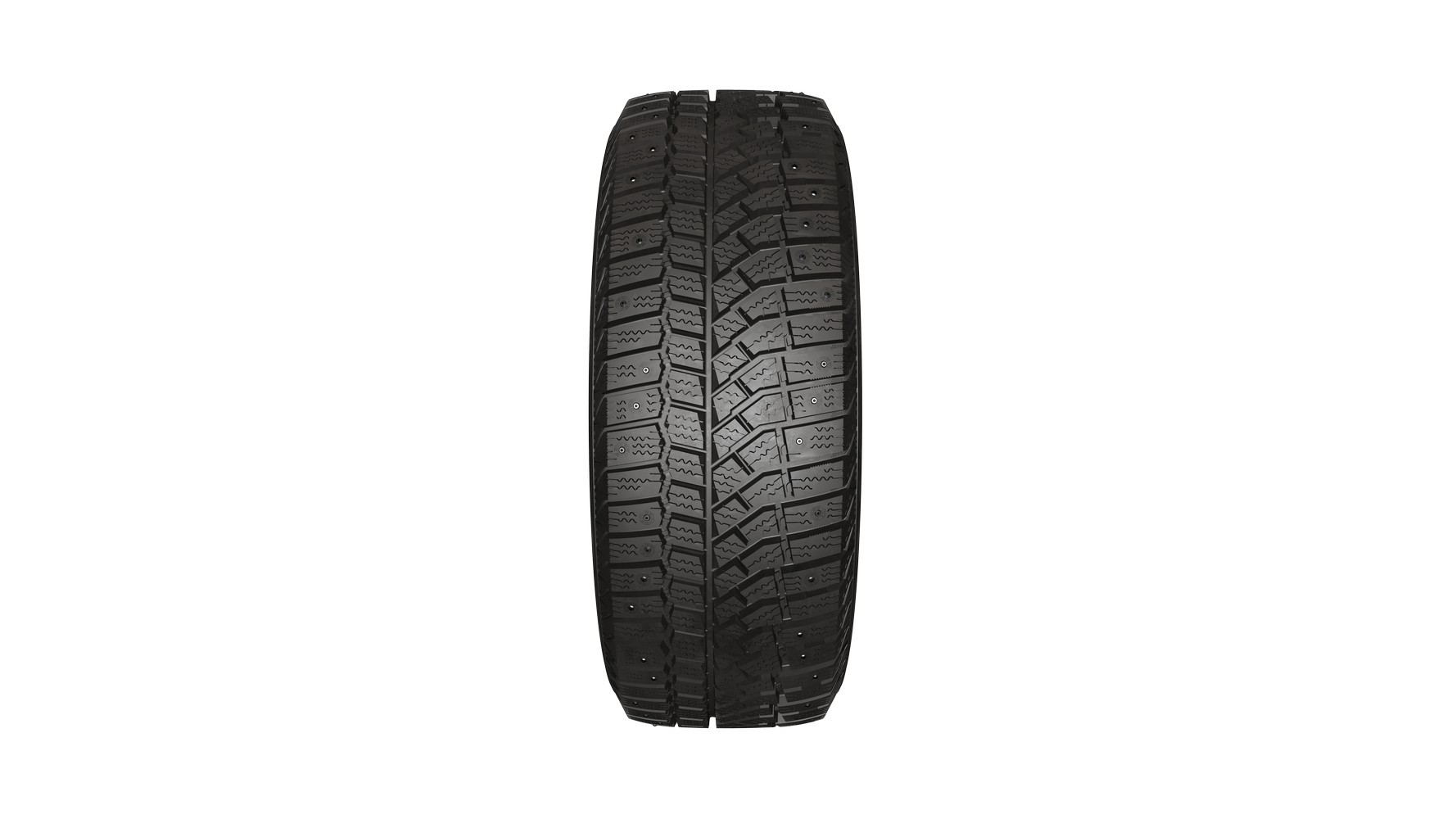 This year it was 10 years since Viatti brand made its debut at Moscow Motor Show MIAS-2010. Among the already launched and promising models of tires were also shown hissed V-522 or Viatti Brina Nordico, which is now one of the most popular in the brand’s passenger car range. Judging by the “Certificate of Conformity” renewed till 2024, KAMA TYRES plans to keep the tire on the conveyor line.

By the number of lamellas both in the central part and at the edges, this line can be classified as a typical friction bar: soft and chain with a tread hardness of 54 units. along the Shore. At the same time, just shoulder blocks are powerful and rigid, with developed drainage grooves. On the edges of the tread designers have identified 92 studs, which is very little compared to other manufacturers.

In fact, Viatti Brina Nordico is a mix of several types of tires, from those designed for harsh winters to those that are operated mainly at positive temperatures. This has also been confirmed by theoretical calculations. According to the manufacturer’s data, V-522 works effectively from -45 to +10 degrees. By the way, before the test demonstration, the tire was tested for two years both on Russian roads and at the polar test site in Finnish Ivalo.

According to the results of independent tests, the strong points of the tires are acceleration and braking on snow and ice, stability on these coatings, lack of sensitivity to rutting. In general, the V-522 showed a typical winter character.

But the main thing, which was shown both by different tests, and the owners’ feedback – Viatti Brina Nordico turned out to be extremely durable. For example, at the side impact on the edges of the hernia did not occur even at 60 km / h.

The question is: how did the manufacturer manage to achieve such a price/quality ratio? For this purpose, the frames of the summer tire Viatti Strada Asimmetrico and the winter tire Viatti Brina and hissed Viatti Brina Nordico were unified. Approximately the same situation occurred with the models for crossovers. The Viatti Bosco A/T summer frame became the basis for the Viatti Bosco Nordico winter tire.

It would seem that a clever technical move, which allowed to offer car owners at an affordable price, characterized by reliability and quality. At the same time, there are models with completely different consumer properties, and it’s not just the tread pattern.

The Viatti Brina Nordico tread is similar in design to that of the Viatti Brina friction tire. Only the composition of the rubber compound is different. It is a bit stiffer because the studs must sit tight. After all, they have an aluminum body and are installed by pressing, without using glue.

Otherwise, the power structure of V-522 or Viatti Brina Nordico is similar to other car tires. One layer of polyester cord and breaker, including two steel cord and one nylon cord. All strands of the breaker layers are located at different angles to each other. This results in the maximum tire strength and deformation resistance.

Interestingly, the strength of the sidewalls is provided not by steel cord anodized brass, but by layers of polyester threads. In this case, the polymer is both lighter and more plastic, that is, allows the sidewall to experience a considerable amplitude of deformation while maintaining the ability to “hold the blow” and not to split with the formation of the notorious “hernia”.

By the way, all materials for both studded Viatti Brina Nordico and other tire models undergo the strictest quality control even at the stage of selecting suppliers. It concerns both Russian and foreign partners of the enterprise. But all recipes of rubber mixtures based on silicon dioxide, which are cooked in furnaces made in Germany, are developed by KAMA TYRES specialists.

Once I visited the Nizhnekamsk plant in winter, I walked through the factory parking lot between the rows of cars of the plant employees. The genuine interest was aroused by the tires which were preferred by the plant workers. I can’t say that all in all, but many passenger cars, regardless of the cost and class, were wearing Viatti Brina Nordico studded shoes. At 31 produced sizes with a diameter from 13 to 18 inches – no wonder. I’m sure it’s not just about corporate solidarity.