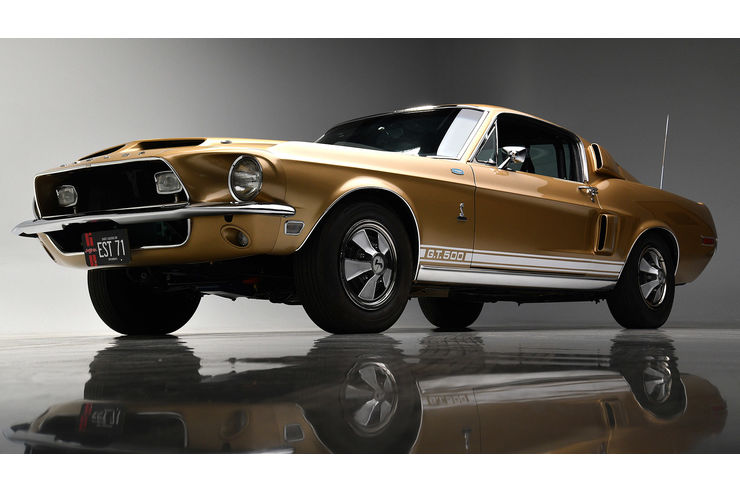 Specialists had to rebuild this Mustang Shelby GT500 – now the only fastback prototype with fuel injection has been auctioned.

Electronic fuel injection has been widely used in cars and trucks since the 1980s. However, the first vehicles with this system existed decades earlier: Daimler used mechanical intake manifold injection in the 220 SE as early as 1958. In the 1960s, the first electronically controlled fuel injection systems appeared – Bosch, for example, introduced its D-Jetronic system in 1967. And Ford also experimented with electronic fuel injection, equipping two Mustang prototypes with it – after all, muscle and pony cars were coming under increasing criticism for their high fuel consumption.

Fortunately, original documents from the late 1960s were available for the reconstruction of the Conelec injection system.

One of the prototypes was the 1968 Shelby EXP 500 ‘The Green Hornet’ notchback, the other is the 1968 Shelby GT500 EFI Prototype Fastback (EFI: Electronic Fuel Injection) now for sale at Barrett Jackson, lot number 1397. Shelby tried Bosch and Conelec injection systems. The latter sits in the prototype to be auctioned. Engineer David Long had founded Conelec (Consolidated Electric) in New York, and then-Shelby chief engineer Fred Goodell was a fan of Long’s work. At Goodell’s request, Long adapted his Conelec fuel injection system to the Ford intake manifold and mounted the throttle body where the carburetor normally sits on the Shelby. 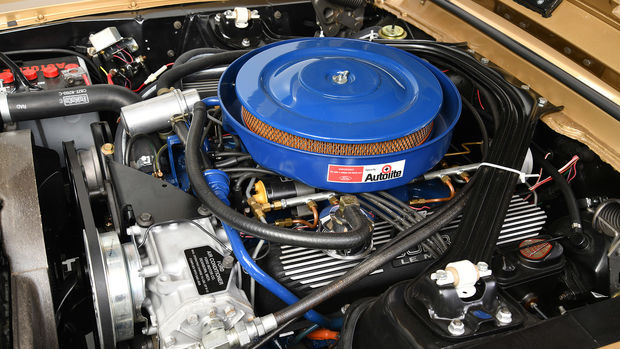 The silver-colored assembly at the front left of the picture is the air conditioning system – Shelby treated its prototype drivers to comfort.

The prototype’s color is Sunlit Gold, and the car’s interior is black. The center console and taillights are pre-production parts and the air conditioning was included from the factory. As for the front hood with the double air opening, it could be that it was used here for the first time – a short time later it covered the engine bay on the standard 1968 Shelby Cobra GT 500 KR. Power is provided by a 7.0-liter V8 Cobra Jet engine, which in its carbureted variant produces 340 hp. Power delivery is handled by a Ford C6 three-speed automatic. It is not known why the fuel-injected version never went into production – either the fuel savings were not great enough in relation to the effort involved or the performance suffered. 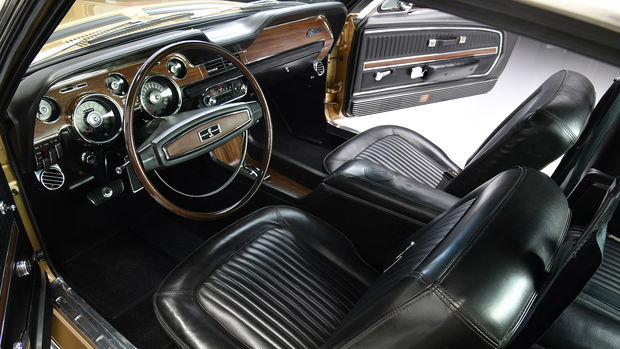 Shelby expert Pete Disher restored the prototype over a five-year period, working closely with Chris, son of the late David Long. Chris fabricated many of the parts for the fuel-injection restoration himself. Long’s daughter Meredith had fortunately preserved her father’s archives, so Disher was able to draw on valuable original documentation during the restoration.

The 1968 Shelby GT500 EFI Prototype could also be the first car to feature the hood with two distinctive air vents at the front.

Small Conelec emblems attached to the body indicate the special technology of this Shelby 500GT Fastback, which makes the car a unique piece. In the auction, it now fetched a price of 396,000 dollars (currently the equivalent of around 337,695 euros).

Yes, it could hardly be rarer and more innovative.

No, the spare parts problem is programmed.

A Shelby 500GT Fastback from 1968 with electronic fuel injection is only available once. The five-year restoration work alone must have been a complicated undertaking – apparently there wasn’t much left of the fuel injection system. The fact that it was possible to rebuild the technology true to the original is sensational.

The Shelby prototype is ready to drive and was for sale at the auction house Barrett Jackson – for technophile collectors the vehicle is an extremely interesting specimen. Accordingly, the price of almost $400,000 is high.