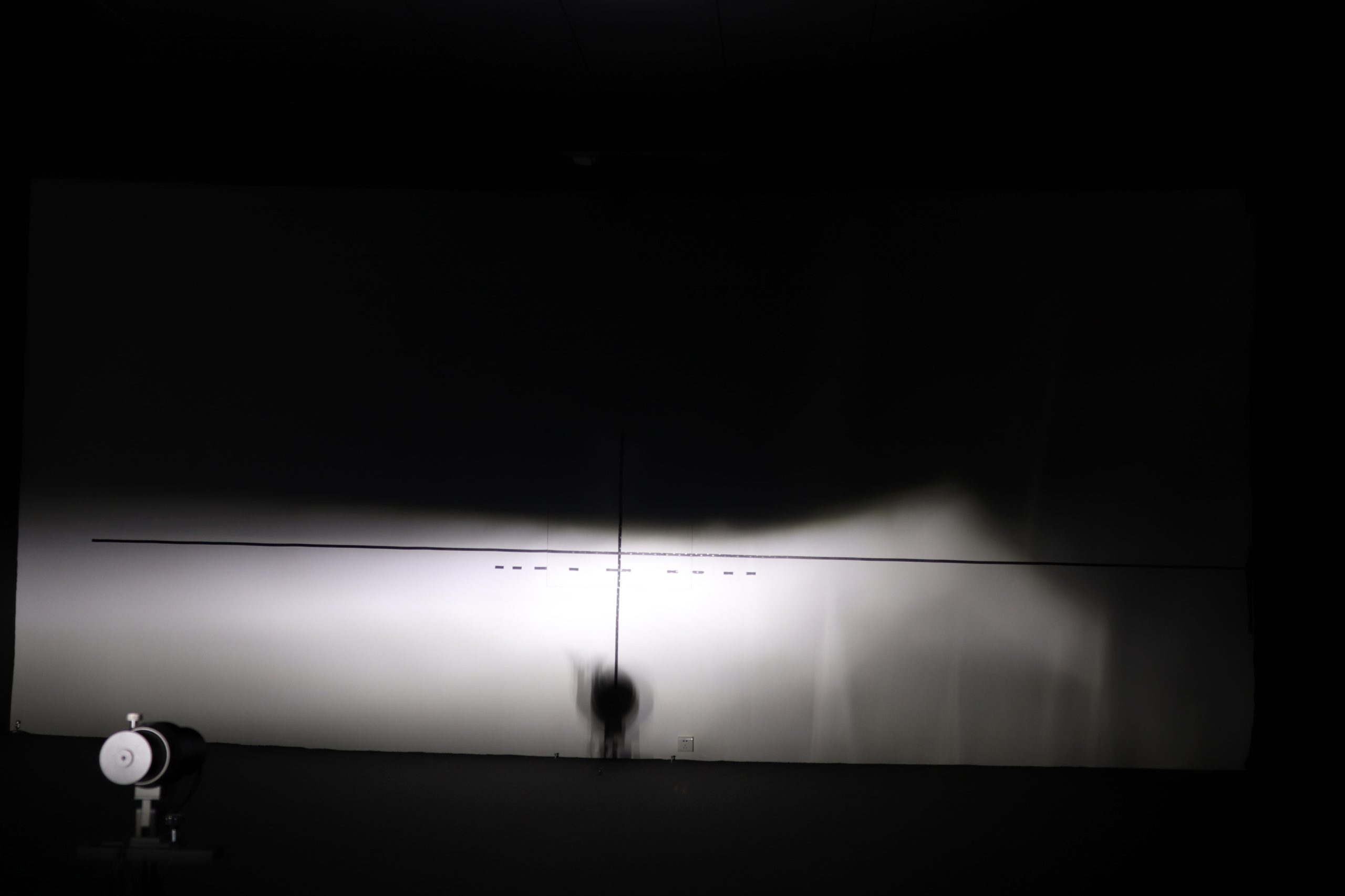 To the Madness of the Brave…

We have to make a small but somewhat sad introduction. Fortunately or unfortunately, but on any alterations of lighting devices traffic police look like a military commissar to the conscript. And if your car has halogen headlights, there is no way to install xenon in them – you can get in trouble and even get your car registration canceled. With LED lamps, the situation is a little easier: there is simply no specific requirements that would regulate the use of such lamps in the headlamps. On the one hand it is not bad – you can get by with a fine of 500 rubles, but on the other hand – there are no developed standards to pass the certification of ECE. Therefore, any non-factory LED lamps are automatically prohibited for use on public roads. So the choice is yours: see well at night, but get a fine, or see worse, but do not make the traffic police inspectors angry. If you have enough courage for the first option, then let’s talk a little bit about what LED lamps are, how they are better than halogen and how to choose a good lamp. The latter is especially important because safety should be paramount.

The advantages of LED lamps over halogen lamps are enough. It is easier to say than halogen – they are cheaper. But on other points they are far behind LEDs.

First of all, the service life of halogen bulbs is much lower. No matter how you look at it, a halogen is a regular light bulb, even if it is pumped with a mixture of nitrogen, argon and some halogen. And over time, the filament of the lamp burns out. Yes, the technology provides for a small restoration of the filament: tungsten atoms torn off are combined with halogens, halide molecules are formed, which decay near the filament. The tungsten atoms partially return to the filament. This is the so-called halogen cycle. However, its first task is to keep the tungsten atoms from settling on the bulb, making it less transparent over time. The filament recovery, on the other hand, is a nice process, but not very predictable or efficient. Brownian motion, you know – it interferes and makes this recovery chaotic and not very predictable. The tungsten filament has nothing else to do but to burn out at the wrong moment.

Speaking of the generator. Halogen bulbs are very sensitive to voltage peaks. Especially to its overvoltage. All halogens are designed for one ideal onboard voltage – 13.2 volts. For this conditional voltage and voiced life of the lamp. Unfortunately, nothing is perfect in this world, and there can be noticeable jumps in the on-board network. Or the voltage can be stable, but not 13.2 V. If it is lower, nothing bad will happen – just the lamps will shine worse (much worse). But if it is overstated, the service life of the halogen bulb drops catastrophically fast. For example, at 13.9 V, the lamp will burn out almost twice as quickly. Okay, if it can be quickly replaced, but we know that sometimes it is not so easy. Sometimes you have to remove the bumper or break your arm in four places. And money again. LED bulbs can last up to five times longer than halogen bulbs.

Another advantage of LED bulbs is the brightness and color temperature. Their brightness can be twice as high as halogen bulbs, at a temperature up to 6,000 K – which is absolutely daylight without yellowness.

We don’t deliberately delve into the maze of physics and don’t talk about lumens, Kelvin, efficiency, illuminance, luminous intensity, and other efficiencies. A lot has already been said here without us. It is unlikely that someone will change the halogens for LEDs without understanding the advantages of the latter. Therefore, a short reminder above will be enough. Our task today – to understand not why, but how to choose LED lamps. That’s what we’ll do.

The most common mistake with the choice of halogen bulbs is an attempt to insert into a headlight a bulb more powerful. They say it will shine better. It will not shine much better, but it will add problems. You can burn the wiring, and the headlight itself melt (not only the connector, but even the plastic). The choice of LED headlights is much more difficult. But if you approach this question responsibly, the result will be very happy.

Let’s start with a simple – a lesson in geometry. And a little bit of optics.

You probably remember how many complaints we had about the first Chinese LEDs. And the main complaint was a very strange beam of light that illuminated the landing glides of planes at airports, gopher holes on the side of the road, a bear in the bushes and everything else interesting, but not the road. In fact, there was often no beam as such, just a blur of light. Sometimes even bright and white, but not illuminating the road. Why it was so? Because any headlamp is designed to focus the luminous flux – to create the correct light distribution. Probably you remember how the “right-hand drive” cars, with light distribution is meant for the left-hand drive, blind? The matter is that the headlights shine asymmetrically: more on the side of the road, less on the oncoming lane. The truth, there are still American cars, which had exactly symmetric light as their standard for a long time, but this is already in the past. So: for the beam to be formed correctly, the position of the light source in the headlight is very important. For a halogen bulb – the position of the filament, for an LED – the LED itself.

When we replace a burned-out halogen bulb, we replace it with the exact same bulb – with the same filament position. And the lamp shines correctly. But cheap LED lamps are often made like this – the diode can be placed anywhere, but not where it should be in the halogen. As a result, when you install such a lamp instead of the old halogen one, the light distribution is disturbed. Headlights blind oncoming drivers, poorly illuminate the roadside and make driving simply dangerous. Therefore, it is very important to make sure that the LEDs are in exactly the same position as the filament in the old halogen bulb. Unfortunately, you can not estimate this parameter by eye – tenths of millimeters are important there, and I have not seen people with calipers in their pupils yet. There is only one way out – choose proven manufacturers. Preferably those who make not only LED lamps, but also ordinary halogen ones. The more dogs eaten in this business, the better. Here, for example, Osram bulbs – here there is not only an exact match to the halogen, but also a warranty. And this is nice. Not everyone gives it, because the life of the lamp is affected by another system, about the quality of which few people think. This is cooling.

For some reason many people believe that LEDs do not heat up. There is no bulb, what is there to heat? But they do. Undoubtedly the efficiency of the LED lamp is high but still about half of the power consumption is wasted by heating the lamp strongly enough. And the more powerful the lamp, the more heat. Most lamps under 25W can do with passive cooling in the form of a heat sink near the base, at more powerful and can be active. And again: the manufacturers are thinking about solving this problem. But not all, but the responsible ones. And if you buy a lamp from such a manufacturer, he will always give a guarantee on their products. Of course, the temperature of such a lamp is always optimal.

And there is one more point that is often forgotten – the lamp control unit. LEDs are no less sensitive to voltage fluctuations than halogen lamps. But halogens have nowhere to go: they do not have any control units, and they shine on all the volts that reach them. But the LED lamp has a current limiter. And then there is the control unit itself, the scheme of which determines the operation of the lamp (it does not depend only on the LED itself). On cheap non-young lamps may not be the highest quality blocks, which can not only ruin the light, but also greatly reduce the life of the lamp. And it costs, as I said before, noticeably more expensive than halogen.

Finally, there are the trivia: choose a color temperature. Some people like blue very much. What can you do, this is a matter of taste. But I would not chase after it too much: it is very bad visibility in snow, fog and rain. So if you have to drive on dark nights and under precipitation, it is better not to buy bulbs with temperature higher than 6,000 K. Here, a more yellow color is more appropriate – like halogen headlights. This is somewhere between 3,500 and 4,000 K. And one more factor: too white (not even blue) is very similar to xenon color (it is about 4,200 K), and this is an extra reason to stop the traffic police inspector. Especially if you are driving a rusty BMW E36. It seems like 500 rubles for the driver of such a luxury car – pennies, but it is better to save them (they will be useful for repairs).