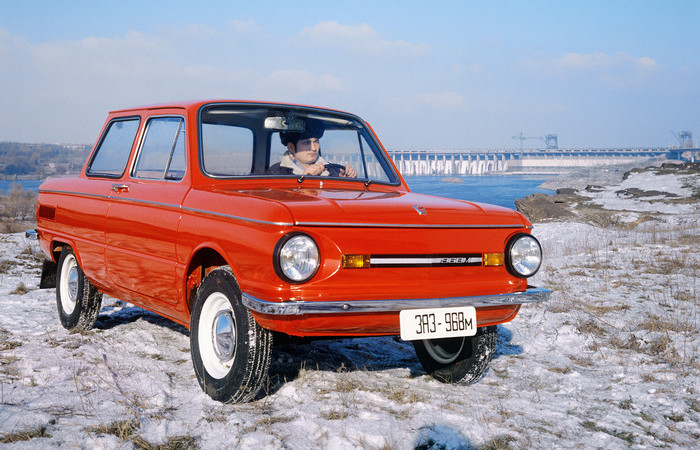 For a Soviet person ZAZ car is not just a legend, but a whole epoch. In its time appearance of Zaporozhets played the most important role in the process of motorization of the country. Nowadays not every person knows that Zaporozhets had several interesting technical solutions, which could not boast the majority of foreign cars.

In reality, the car was made for the military

It may sound strange, but in fact Zaporozhets was designed as a dual-purpose vehicle. In case of a big war, ZAZAZ cars could be taken for the government and army, as well as for staff and logistic purposes. Thanks to its high cross-country ability, ZAZ could even be used for transportation of ammunition.

Simple as fire, cheap as scrap

Seems to be an obvious advantage of “Zaporozhets”, which many forget for some reason. On the background of the majority of brothers ZAZ cars of that time were distinguished by the unprecedentedly low production price. Certainly, a number of purely consumption drawbacks was also connected with it. However, times were hard, what else can be said. Along with that, Zaporozhets were also rather economical, their consumption being 5.9 liters per 100 kilometers run.

To keep warm in a “Zaporozhets” during winter and off-season it was not necessary to “hammer” the power unit, thereby burning liters of gasoline. ZAZ cars had a completely independent heating system, able to work separately from the engine. For justice’ sake we should tell, it used to malfunction from time to time, but nevertheless!

The body as an egg

Not in the sense of shape, but in the sense of its lack of protrusions. Due to this, the passability of Zaporozhets was noticeably increased. The car could pass there, where others simply would be dead weight. For example, ZAZ trucks were flying through the places, where “Zhiguli” and “Moskvich” categorically refused to go. The small weight of 790 kg also contributed to that.

And in the bottom of Zaporozhets there was a hole for winter fishing! It was a joke, but actually this strange hole in the bottom was nothing more than technical opening, used at the plant for flowing of anticorrosive compound.

The Soviet Zaporozhets was conceived not only as a budget “people’s” car, but also as a super universal one. For this reason, the seats in its cabin could be quickly and easily dismantled to expand the luggage compartment. This function was especially useful when going to the country house.