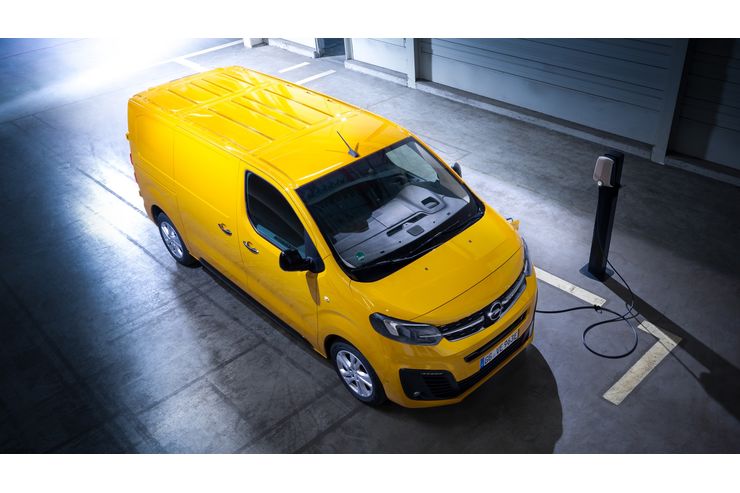 The Stellantis Group’s mid-size van series will be powered by fuel cells. Opel is leading the way, and for good reason: there are subsidies from the federal government.

The Stellantis Group announced a new hydrogen initiative on March 31. Based on the mid-size van series from Peugeot, Citroën and Opel, a small series of fuel cell vehicles is being created. Opel will be responsible for development and production. Citroën Jumpy, Peugeot Expert and Opel Vivaro are to be delivered as FCV models at the end of 2021.

Three e-transporters to be powered by hydrogen

In general, the topic of hydrogen is of great interest, especially in the transport sector. Range and charging capacity are the top priorities here, which is also the Achilles’ heel of the heavy battery-electric drive. This is precisely where the advantages of the FCV transporter from the Stellantis Group are being emphasized: the fuel cell transporter is expected to travel around 400 kilometers on a single tank of hydrogen, can be refueled in a matter of minutes, and with a volume of up to 6.1 cubic meters and a payload of 1.1 metric tons, is not inferior to combustion engine models.

For the project, the e-transporters already available will be converted to fuel cell technology.

To realize the now announced hydrogen project, the E-versions of the aforementioned vans will be used as a basis. In place of the traction battery under the vehicle, three hydrogen tanks with a total capacity of 4.4 kilos will be installed. This will supply a 45 kW fuel cell.

Somewhat unusual for an FCV vehicle is its design as a plug-in hybrid. A 10.5 kWh battery is installed transversely under the seats in the cabin and can be charged externally. A range of up to 50 kilometers is said to be possible with the battery alone. This solution means that a more powerful fuel cell can be dispensed with to power the electric motor, which has a maximum output of 100 kW (standard mode: 60 kW). 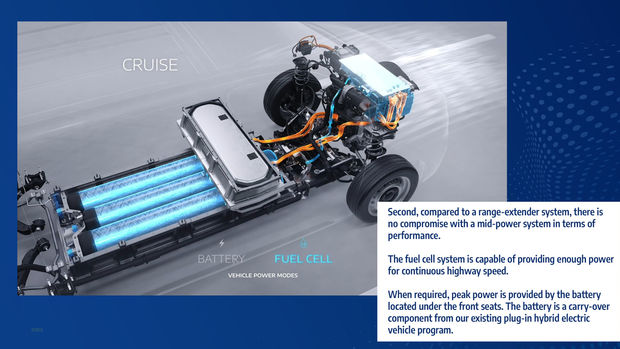 Unusual for an FCV vehicle is the relatively large “buffer” battery from the PHEV models of the Stellantis Group.

Opel does have a decades-long history of hydrogen research, with the last research vehicle being the Opel Hydrogen 4 from 2008. But in 2012, Opel’s then owner General Motors reorganized its FCV activities, and Opel’s research and development center in Kastel was closed. In the current project, Stellantis is drawing on its experience but relying on external suppliers. The 700-bar high-pressure tank is purchased from the French company Faurecia, and the fuel cell also comes from France: from Symbio FCell.

The hydrogen transporters, on the other hand, are built in Germany. At Opel Special Vehicles in Rüsselsheim, the electric transporters used as a basis are fitted with fuel cells, batteries and hydrogen tanks by hand. The reason for Germany as a production location is obvious: Federal Transport Minister Andreas Scheuer is supporting the project with taxpayers’ money of 5.7 million euros as part of the German Hydrogen Strategy.

The company has not yet communicated how many FCV vans Stellantis intends to produce in total, nor a possible end-customer price.

No! Fuel cell cars are just as CO2-neutral as e-cars and there will never be enough affordable hydrogen.

The now presented hydrogen project of Stellantis seems a little bit like Kai out of the box: Opel had already more or less buried hydrogen research under GM management, and the PSA Group had little to contribute to the topic in the recent past. The fact that only a few examples of the FCV transporter will (presumably) be built thanks to subsidies is still a long way from a breakthrough in fuel cell technology.