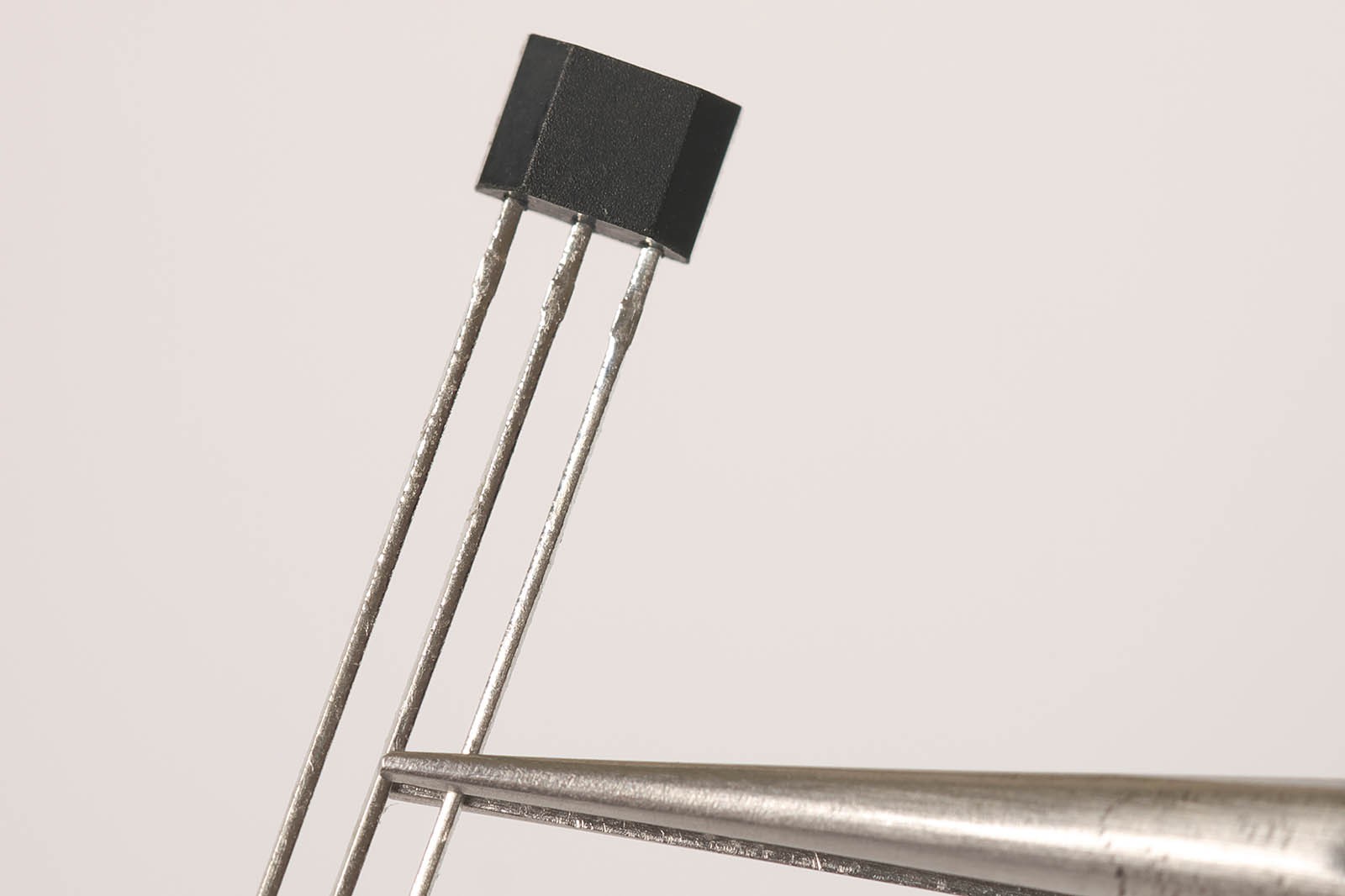 What is the purpose of the crankshaft position sensor? The answer is in its name: to determine the position of the crankshaft. Simple as that, yes. But besides that, the same sensor determines one more important detail – the moment of pistons passing upper and lower dead points. Of course, it does not do it by itself – the ECU calculates everything. But it is simply impossible to receive this data without it. Just in case, let’s say a few words about why the ECU needs this data and how it uses it.

Despite the apparent scantiness of the information transmitted by the DPK, it is essential for the ECU to adjust several parameters at once. First, it is, of course, the fuel timing. By the way, here it is important to determine the moment of passing the dead points. Secondly, it is the ignition advance angle. Thirdly, the amount of fuel supplied is determined with the help of the DIC. And, finally, this sensor is necessary for synchronization of operation of the crankshaft and camshafts and for normal functioning of the adsorber (to be more exact – its valve). If you sum it all up, the crankshaft position sensor is one of the main sensors, the signal from which is required by the ECU for correct ignition control. Of course, it is not the only thing, without it, the engine cannot work properly either. And sometimes – just work at all, at least somehow. After all if ECU does not know at what moment it should supply voltage to spark plugs or tell injectors to inject the next dose of fuel, what should the engine do? Only to stall.

As a matter of fact, that’s how it usually happens. The case is complicated by the fact that the DPKV is practically unable to “glitch” due to its simplicity. So, if it dies, it does it completely. One of the least severe consequences is the appearing phase error (e.g., P0016). Certainly, at this error, first of all, you want to check the timing mechanism (may be the chain is stretched, timing belt skipped or something is wrong with tensioner or chain stabilizer or crankshaft pulley damping). But this error could very well be ignited by the DPKV as well.

At one point, the ECU sees that the signal from the camshaft position sensor does not match the crankshaft position sensor signal. In normal operation, the peaks on the oscillogram should coincide every other time, since the crankshaft will make only one revolution during two revolutions of the crankshaft. If, however, when two signals are superimposed, there is a phase error. Thus, the ECU not only controls the ignition and injection, but also performs a kind of self-diagnostics, checking the phase synchronization. And the DCAC is one of the elements, which in the course of this self-diagnostics is constantly being checked. Somehow this sensor cannot distort or shift the signal in time, and its only fault is the complete absence of a signal.

The optical sensor is used less frequently than the others. It consists of two parts: the light source and its receiver. Usually it is an LED and a photodiode, respectively. As it rotates, the target disc overlaps the LED at a certain point, and the photodiode detects a change in the signal. The disadvantage of this type of sensor is obvious: if it is covered with dust or dirt, it will not work. A much simpler and more reliable induction sensor works.

This is just a coil with a magnetic core and winding. The moment the reference disc mark passes near the sensor, near the core, the magnetic field changes, and a current appears in the winding. Well, the current is the signal the ECU is waiting for. Induction sensors are the most popular. They are reliable, simple, inexpensive and almost fail-safe.

A hall sensor is a hall sensor. There are microchips in the case with magnetic cores, and the reference disc for such a sensor is distinguished by magnetized prongs. Further everything is clear: magnetized prong passes near the sensor, current occurs, ECU receives a signal. Theoretically it is the most advanced sensor, though more complicated. At least for one reason: it needs power, so it needs more wires. But it is very accurate.

I think we should say a few words about the guide discs as well. Usually, it is a simple toothed disk with a couple of teeth missing. Usually the total number of teeth is 60. Thus, each tooth measures 6 degrees of rotation (6×60=360, full rotation). These discs are called 60-2 discs (without the two teeth). But sometimes there are discs that do not have two more teeth on the opposite side (through 180 degrees). These are called type 60-2-2.

While the material for optical and inductive sensors is usually not an issue (they are often cast from steel along with the crankshaft pulley), Hall sensor discs are a bit more complicated due to the need to put magnets in the teeth. That’s why they’re usually plastic.

Just in case, let’s describe the symptoms of a faulty DPKV. As I said before, the car will not drive normally or starting the engine may be impossible at all. Besides, it’s that rare case, when the engine can stop right on the move without any visible reason.

Since a non-functioning DIC makes changes in the ignition system, detonation is possible (especially under load). At idle, the engine may be unstable, the rpm may float. In a word, a bunch of consequences is large and unpleasant. And you can hardly deal with all this set without diagnostics. But the DPCV has one nice feature: often it can be removed very easily and a new one can be put instead. Most often, you don’t even have to erase errors or perform other actions with a scanner: if the engine works, the problem is in this sensor. That’s good, of course, but hardly anyone has a stock DPKV at home. Maybe there is a way to check it without replacing it? And even without a scanner? Yes, there is.

With a little blood

Of course you can’t check it with your finger, you’ll need at least a multimeter. And this way you can check only the most common induction sensor. The method is very simple: set the multimeter to ohmmeter mode and check the resistance of the coil. The sensors have different resistance, but the approximate value of the coil resistance is from 500 ohms to 1 kOhm. Of course, before measuring, it is desirable to find the exact value of the sensor, which is on a particular car. But in general, you can be guided by these values – 0,5-1 kOhm.

Unfortunately, this method does not give a hundred percent result. That is absence of resistance is a guarantee of sensor failure, but its presence is not a guarantee of its normal operation. And there are two other ways to check the diagnostic valve in normal service stations. But for the first one, you need at least an inductance meter, and for the second one, an oscilloscope. Neither of them is available at home, so I will not describe these methods.

Sadly, the Hall sensor cannot be checked with an ordinary multimeter at all, so either expensive equipment or (which is much easier and more efficient) a new sensor will be needed. Generally speaking, replacing a suspicious sensor with a known good one is the best way to diagnose it.

Luckily, the DIC itself rarely breaks down. Nothing inside it moves and does not wear out, so it is not mechanically worn out. It usually gets damaged by bad hands, so if there is a suspicion that the DPKV started to malfunction after visiting “uncle Vasya”, this suspicion can be well grounded.

Before looking for multimeter ohmmeter mode and thinking where to insert two pins of the device into the sensor, it is necessary to inspect it from outside. No matter how simple it is, if it is accidentally bumped with a hammer, it can die. More often it dies because of dirt between it and the guide disc. The distance between them is small (0,5-1,5 mm on average), so even a small pebble, unluckily stuck to the dirt, can bring a lot of grief.

In addition, like any electrical part, the sensor can refuse to work due to faulty or oxidized wiring. So you need to check its connectors, and if they are dirty or oxidized, clean them. It may turn out that they are the problem and not the sensor.

And the last thing: shaking and stalling of the engine, together with running Check Engine and errors Р0016 (as well as Р0335 or Р0336) do not always point to malfunction of DPKV unambiguously. Yes, there are errors, which more or less accurately indicate the lack of signal from the sensor, and a good diagnostician will see it at once. It is best not to “self-medicate” and go to a professional.