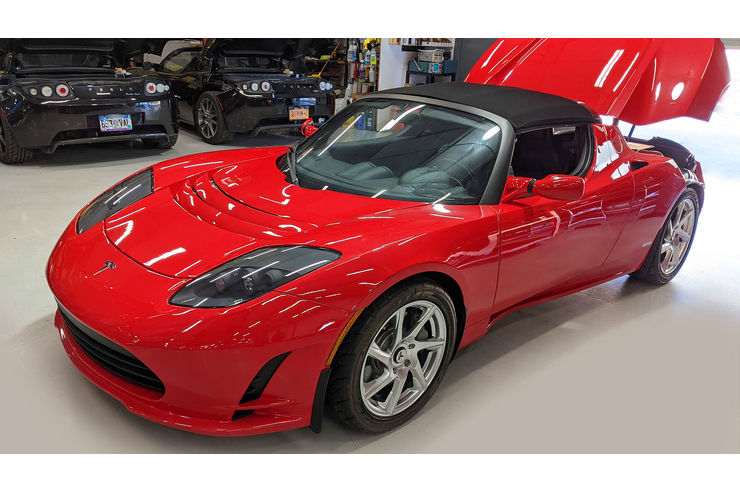 Tesla’s first model was a two-seater based on the Lotus Elise. The roadsters, which are not yet 15 years old, are currently becoming more and more expensive. The last Tesla Roadster built in 2011 is now for sale – for 1.5 million dollars.

Tesla built its first model, the Roadster, from 2008 to 2011. The electric sports car was built, almost completely, at Lotus in the English plant in Hethel. Then the almost finished cars went to the then Tesla production site in California: To the premises of a former Chevrolet dealer in Menlo Park, south of San Francisco. There, assemblers used a special lifting frame to insert the battery into the rear of the Roadster. And the battery was a sensation: a lithium-ion battery for which Tesla had connected 621 cells from laptop batteries in eleven sectors. Today it is clear that the lithium-ion battery helped electric cars to achieve a breakthrough, making the Tesla Roadster the first serious modern electric car. And since only about 2,450 of the electric sports cars left the small halls in Menlo Park, the Roadster’s value is currently rising massively. But the example now on sale in the USA is almost speechless: a dealer is asking 1.5 million dollars (currently around 1.23 million euros) for the last Roadster ever built.

With the signature of Elon Musk

The red roadster is parked at the Gruber Motor Company in Phoenix, Arizona. Tesla CEO Elon Musk has confirmed that it is the last first-generation Roadster ever built with his signature on a plaque – the plaque is attached to an electronics cover plate of the Roadster. The 2011 car hasn’t been garaged exclusively, but it has only run 2,800 miles (4,506 kilometres). Its colour is officially Radiant Red. However, Gruber explicitly points out that at the time, a collector bought this car who knew what he was doing – even then, he assumed that this example would increase in value enormously.

The Roadster now on sale at the Gruber Vehicle Company in Phoenix (Arizona) is the last one Tesla built in California.

And the collector did not bring the roadster with the VIN (vehicle identification number) 5YJRE1A37B1001459 to Gruber with the intention of selling it – he was simply looking for a good workshop that could repair his car. After all, he had problems with the battery pack – and Gruber specialises in solving such problems. So the experts examined the roadster, which had travelled from Florida, and found that of the 100 roadsters they had repaired so far, it was the cleanest and best cared for. The car had never been in contact with rain and even hard-to-reach areas, such as the battery compartment, were free of dirt. 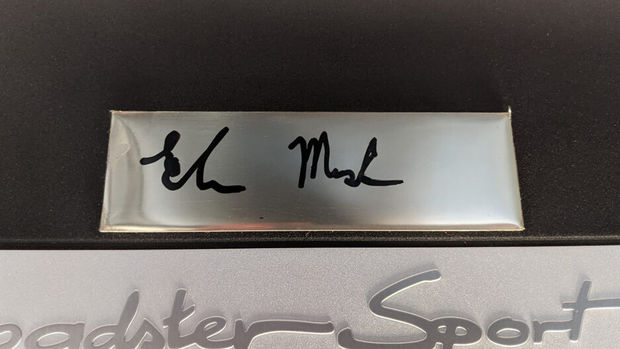 A plaque signed by Tesla CEO Elon Musk confirms that this is the last first-generation Roadster example Tesla has built.

Heaps of requests to buy

Gruber employees took pictures of the car to document for themselves what a mint Tesla Roadster should look like. They posted some of these pictures on social media and immediately received a flurry of enquiries asking if this car was for sale. Gruber regularly replied: “No, the car belongs to a collector who wants to keep it in his collection.” But the enquiries did not die down. When Gruber employees told the roadster owner about the fierce interest in buying, he surprised them by replying that he would certainly sell the roadster if the price was right.

So the Gruber Motor Company is now offering the last Tesla Roadster ever built for the fabulous sum of 1.5 million dollars. 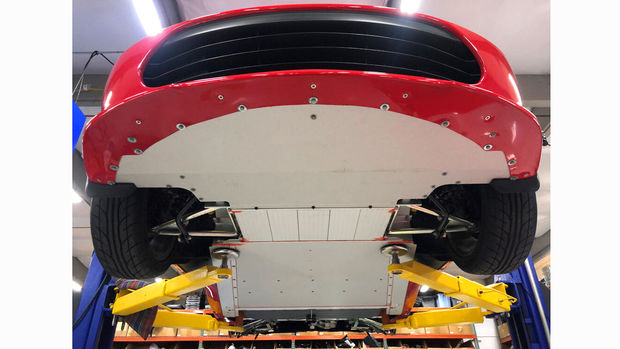 The underbody panelling of the roadster for sale is unscratched – the car looks as if its owner had never driven it.

Other Roadsters dismantled for spare parts

But no one who owns a Tesla Roadster needs to worry about a loss of value – the cars seem to be increasing in value rapidly. Tesla itself, among others, contributed to this: Since the manufacturer lacked parts for the repair of customer Roadsters, it bought back seven examples and dismantled them to obtain spare parts. This news alone led to an increase in value, as the number of remaining roadsters fell. 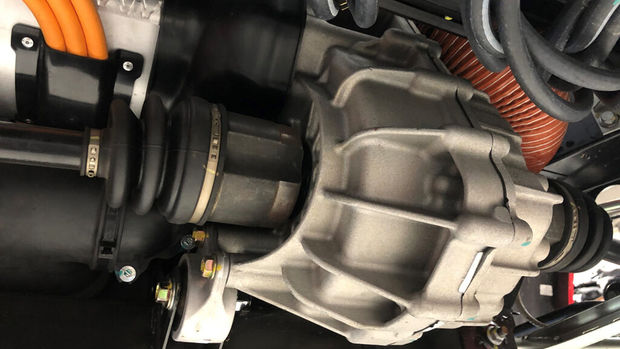 View of the electric motor: The orange power cables look like new, as do the screw connections of the ten-year-old car. 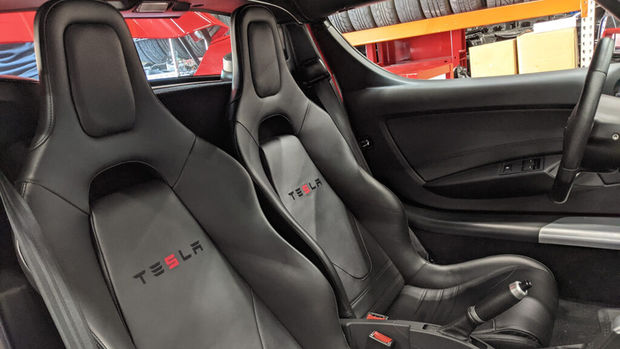 Gruber Motor CompanyThe interior of this Tesla also leaves an impression as if it were brand new.

These Tesla Roadsters could be even more expensive

And there are roadsters that could be worth considerably more than the $1.5 million example now offered by Gruber. The first one ever built is one such candidate – it belongs to Elon Musk. Martin Eberhard, who founded Tesla together with Marc Tarpenning in July 2003, sued Elon Musk, who only joined as an investor (with 27 million dollars) in spring 2004, for the release of the first Roadster ever built – without success. In addition, a few of the first Roadsters had a two-speed gearbox. Tesla later wanted to swap these for a fixed-ratio gearbox as part of maintenance work. If a car with a two-speed gearbox survived, this could also be valuable for collectors.

And then there is the one Roadster that is travelling in space: on 6 February 2018, Elon Musk used a Falcon Heavy rocket from his space company SpaceX to launch one of his Roadsters into space, which he had driven to work from time to time in the years before. If at some point someone manages to capture this roadster and bring it back to Earth in one piece, this very special car should also have a high value.

Yes, the car has ushered in a new era in which we are still at the very beginning.

No, it’s too much for a converted Louts Elise with a tinker battery.

The Tesla Roadster is a milestone in automotive engineering because of its lithium-ion battery. The young Tesla engineers revolutionised the car world at the time with their idea of using cells from laptop batteries for a car battery. And they were able to work without competition for a long time – the development boards of all the big car manufacturers didn’t seem to think much of the idea and let the small American start-up build up a years-long development lead.

But the Roadster worked and went into series production. Despite the high price of about 100,000 dollars, Tesla could hardly satisfy the demand. Actor George Clooney was one of the first customers, as was presenter and car fan Jay Leno – and the fact that Clooney complained loudly about the poor quality of the Roadster annoyed Elon Musk, but did nothing to change the success of the electric sports car. And California’s governor at the time, Arnold Schwarzenegger, was only too happy to be photographed with the little eco-friendly racer, which had just replaced the hybrid-powered Toyota Prius as California’s chosen flagship eco-car.

So it’s no big surprise that the Tesla Roadster is currently going up in price – even though it’s not even 15 years old. However, the price of 1.5 million dollars for the last first-generation model ever built is exciting – if someone pays this price, the prices for the other roadsters could also get a boost.