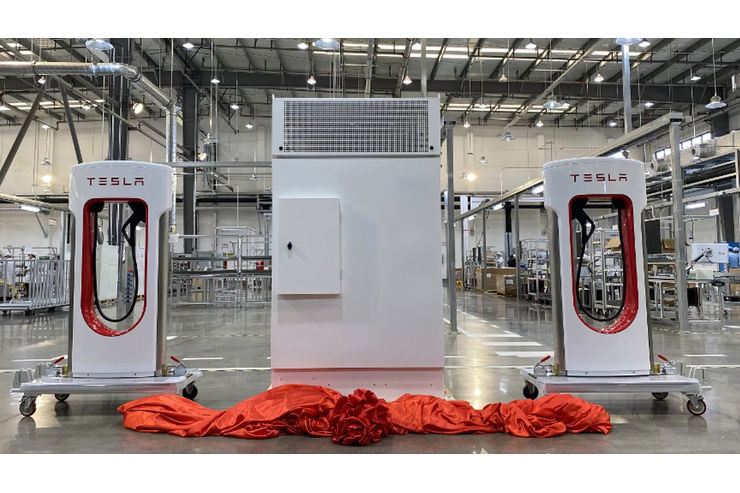 Tesla has quickly built a Supercharger factory in China, which is now starting production. The number of charging stations will grow rapidly from now on.

Tesla has built the charging station factory in record time – but that much time is needed: To mark the start of production, there’s a Supercharger festively draped in a red cloth.

Tesla first built its Superchargers at its main plant in Fremont, California, then production moved to Gigafactory 2 in Buffalo, New York State. The factory, leased by Tesla subsidiary SolarCity, makes photovoltaic equipment, including solar panels that look like roof tiles. In 2020, Tesla announced plans to raise a Supercharger factory near its Gigafactory 3 in Shanghai, China. Tesla has now delivered on its promise to start production there as early as February 2021. 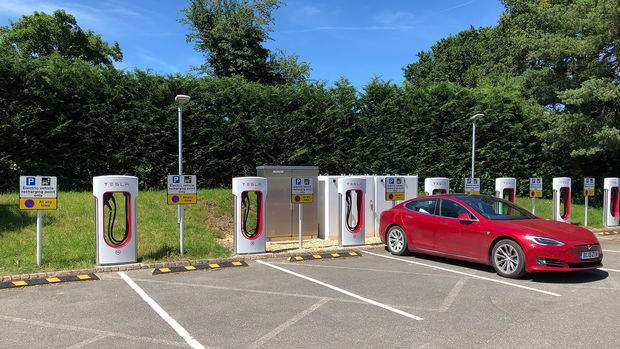 In Shanghai, Tesla is building its V3 Supercharger, which has been in use since 2019 and is equipped with the Californians’ most advanced charging technology. A total of 10,000 Superchargers are expected to be built in China per year – by comparison, Tesla has installed 20,000 Superchargers worldwide in the past eight years. So the high output of the new factory should greatly accelerate the expansion of Tesla’s charging network.

Sure – as busy as they are building the charging stations, there should be a sufficient supply of charging points.

So Tesla CEO Elon Musk is pushing hard to expand the Supercharger network: His Chinese Supercharger factory, which went up in record time, can now produce half as many charging stations within a year as Tesla has installed in the past eight years. In this way, Tesla is alleviating the range anxiety of existing and potential customers and helping to further improve the acceptance of electromobility.