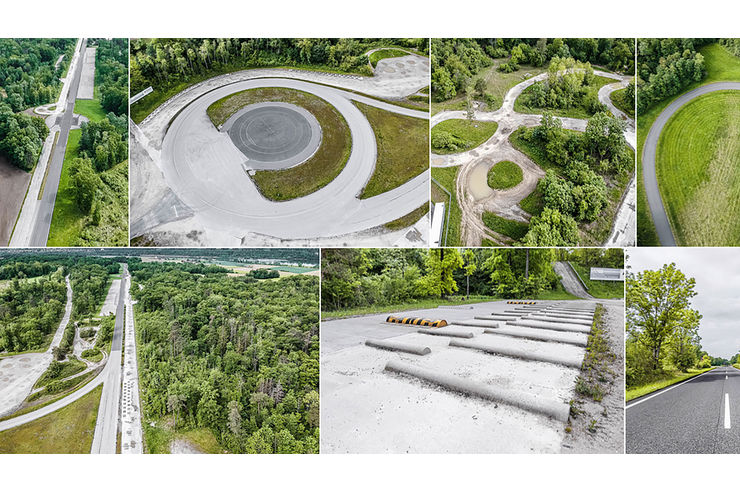 Before each model launch, new developments are put through their paces by carmakers under the toughest conditions. We tracked down the test sites of carmakers, contract developers and tire manufacturers.

The service provider Digitrans maintains a test center in St. Valentin in Lower Austria on Magna’s premises, which will be expanded to include test tracks for autonomous driving by the end of 2022 in addition to classic test elements such as asphalt tracks with different road markings, bad road tracks, twisting tracks, off-road terrain, different gradients and circular tracks. The test track will be designed specifically for developers and users who want to test driving functions in autonomous vehicles and commercial vehicles. The focus will be on testing a wide range of traffic and logistics scenarios in poor weather and road conditions.

In Santa Cruz de la Zarza, Spain, an hour south of Madrid, Finnish tire manufacturer Nokian will launch a new 300-hectare test center in 2021. The site will allow year-round testing of summer, all-season and winter tires. The total investment in the site is around 60 million euros.

Probably the most impressive element is the oval test track, over seven kilometers long, with its extreme steep curves that enable tire tests at speeds of 300 km/h or more. In the midst of the oval track, there will be several test tracks where tire performance on wet and dry roads, braking and aquaplaning will be tested. Tests for tire approvals – such as noise and wet grip ratings – will also be conducted on the site.

AVL-ZalaZONE is developing its new test center in Hungary step by step. The 265 hectare site is located in Zalaegerszeg and goes by the beautiful name of “Zala Zone”. The test center is said to be the largest of its kind in Europe. Among other things, Zala Zone offers a highway section, a high-speed oval, a Smart City Zone for testing autonomous driving cars, and a handling course almost two kilometers long. Plus plenty of test rigs and test labs.

In order to test autonomous driving cars in the future, Toyota is building a very special test track at its Ottawa Lake site in Michigan/USA. It will feature an oval, city backdrops and skidpads. Daimler has a test and technology center in Immendingen, Germany, and in 2018 the Group will open its test track on more than 500 hectares of a former German army site. Plans show spacious tracks for handling, top speed and braking tests.

“Porsche buys Nardo” was the headline in April 2012. The Stuttgart-based sports car manufacturer brought the legendary test track in southern Italy under the umbrella of the VW Group. Nardo stands for high speed. The 12.5-kilometer banked circular track is considered the fastest circuit in the world. It is said to be possible to drive at over 400 km/h here. But Nardo offers more than just a high-speed thrill. The 700-hectare site also offers the testers a variety of handling and off-road tracks. 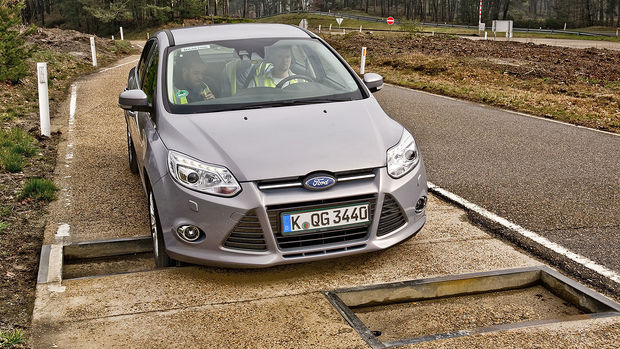 The cars also have to prove themselves on torture tracks.

These are also part of the standard equipment at almost every other manufacturer’s test sites. In addition, the cars are driven on special acoustic test tracks and braking pistes. On steep sections with gradients of up to 30 percent, no tester’s eye remains dry. Torturous and bad roads put a strain on the chassis. Slopes with cobblestone surfaces even earned the nickname “Belgian Road”. On skidpads and watered tracks, driving dynamics systems are taught the optimum set-up. Other courses simulate mountain roads or city driving. All driving situations that cars can encounter in everyday life are tested.

In addition to driving on the test tracks, the prototypes naturally also have to prove themselves in icy conditions in the far north and fight heat battles in Africa or Death Valley. But the program also includes fast laps on the circuit – they like to meet up for this on the Nürburgringnordschleife – or several kilometers in normal road traffic.

Porsche uses the example of Nardo to show just how high the test specifications are. Favored by the mild climate, the test bikes are to rotate around the clock in three shifts, seven days a week, all year round. In this way, the new models accumulate a good ten million test kilometers even before they are launched on the market.

The photo show shows where the carmakers cover these distances, with numerous test sites of carmakers around the world.

Car manufacturers, suppliers and contract developers maintain numerous test tracks and test centers around the world where test drivers cover millions of kilometers. An enormous effort to make the products suitable for everyday use.