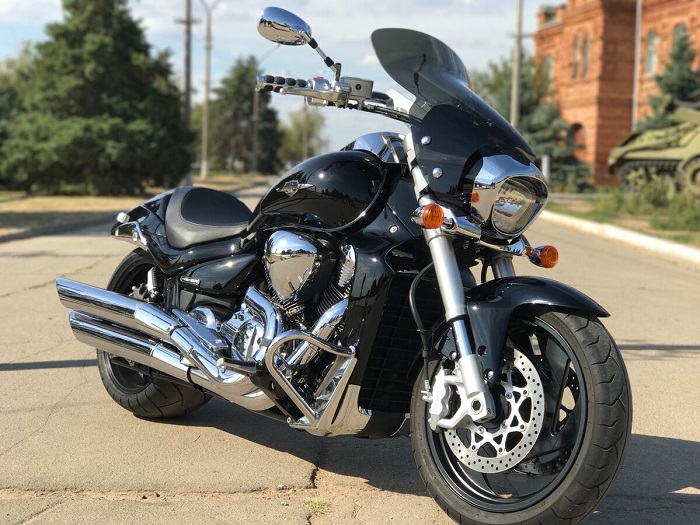 Riding a motorcycle is fun and opens up a whole new world of possibilities. From fast and furious sports bikes to stylish tourers, today’s motorcycle market is full of offerings for any freedom-loving individual who craves outdoor adventure. But when it comes to long journeys, there’s nothing better than cruiser bikes – relaxed cruisers and epathetic choppers that make long trips the most comfortable and safe.

As a rule, touring bikes are larger and heavier than most other motorcycles because they are designed for long-distance travel.

The size and shape of a touring motorcycle offers many options for making it comfortable to ride and store your gear. You can pack your gear in a pair of “saddlebags” and just ride towards the sun.

Choppers are one of the most flamboyant varieties of cruiser motorcycle. Spectacular looking, well-balanced and easy to handle, these machines are not designed for high-speed riding – rather for leisurely walks.

You’ll recognize them by their long sloped front forks, high handlebars, low frame and beveled front to back shape. Rather large and heavy, yet surprisingly graceful, they delight not only in appearance but also in performance.

They are usually custom designs that result in the production motorcycle cruiser being modified according to the owner’s ideals and become not just a means of transportation, but a work of art, a source of pride and a model of achievement.

Choppers are not the most efficient machines to ride: fast and stable in a straight line, but less responsive at low speeds and in corners, they were designed primarily for visual effects. However, many members of this motorcycle group are great for long-haul rides. Here are some of the most interesting, reliable and powerful models.

Featuring the largest 2-cylinder opposition powertrain ever produced by BMW Motorrad, the R18 is a stunningly stylish variation of the conventional cruiser, recently adding to the prestigious Bavarian brand’s shiny collection. Its design was inspired by legendary BMW motorcycles from World War II – in this case, the R5 from 1936/37 was the model.

Inclined fork in retro style, massive “fishtail” exhaust and the overall design in the fashion of the 1930s eloquently hint at the R5. This chopper has a very custom conversion-friendly design, complemented by a huge number of details and accessories that the manufacturer offers to enhance uniqueness.

The 1.8-liter DOHC Boxer Twin engine with electronic control and air-oil cooling is good even without any modifications: providing power of 90 hp /158 Nm, it allows the 345-kilogram “German” to cover long distances with playfulness.

If you’re looking for a versatile sport and touring motorcycle, check out the Yamaha stable. The XV 1900 is one of those gems that offer today’s riders an unparalleled riding experience. It offers not only a comfortably low riding style, but also enough power to get you around the highways fast: from 89 hp in European versions to over 100 in American versions.

This beauty will take you wherever you want regardless of the terrain: it runs with equal agility on smooth asphalt highways and rough country roads. Its rugged, handy design with a 110mm stroke telescopic front fork, a tractive engine and plenty of room to carry your valuables makes the XV 1900 a great touring bike.

With speeds of up to 205 km per hour, it guarantees an unforgettable experience on the road. The Japanese flagship has several performance variations (with a separate engine version for each), but all have a very attractive appearance, and the tuning possibilities are almost endless.

A sporty athlete among powerful cruisers, the Intruder is another Japanese alternative to expensive American competitors.

Thanks to its powerful 92-kilowatt engine (125 hp) with a terrific sound, streamlined design, high payload and stable directional stability, it is often used as a long-range tourer. It is a little clumsy and heavy for beginners, but in experienced hands it is perfect for cross-country rides and leisurely country travels.

The authentic show bike with 100% Harley genetics was designed primarily for showy looks, but it rides surprisingly nimbly. The suspension travel (130mm in front and 86 in back) is not particularly great, but the sturdy chassis makes a good impression and sends the rider few bumps even on the worst roads.

The car is expertly tuned for long runs. The furious piston pulsation that accompanies the V2’s powerful heartbeat is transmitted to the driver and makes him happy.

Though it’s possible to reach 195 km/h on this chopper (rated power from 51 to 100 kW, that is up to 135 hp), experts don’t advise squeezing all the juice out of it. According to their statements, 80 km/h on “Slim” is the same as to relax after a hard day in a Jacuzzi with Dead Sea salt.

You travel in complete comfort, looking at the surrounding sights and admiring onlookers – at a leisurely pace on the long highways the motorcycle moves very softly, not irritating with a loud roar and a jolting ride.

On dirt and rocky trails, the shock absorbers also do their job well, but if you don’t like a hard massaging seat, don’t let the big Harley take shortcuts. Choose smooth trails without the need for frequent and abrupt maneuvers: although the Softail is surprisingly agile for its 320-pound weight, you can’t expect sporty agility from such a large machine. But if you’re a fan of quiet travel, it won’t disappoint.

American manufacturer Boss Hoss Cycles, founded in 1990 and based in Tennessee, has created hundreds of motorcycles over the years. His offspring are a game changer in the world of long-distance cruisers, where power is not as important as style, comfort and versatility. The BHC-3 LS3 will appeal to anyone who loves luxury cruising.

The model is impressive for many reasons. Combining chic looks with cutting-edge technology, the 528-pound, 2.6-meter chopper boasts tremendous power. Virtually all major components are custom designed and built, so let’s take the BHC-3 LS3 as an example, with more than 30 different variations built on it: it features a staggering 6200cc V8, producing over 440 hp (324.8 kW) at 5750 rpm and 603 newton-meters of torque at 4750 rpm.

A poor choice for beginners, but a great choice for anyone with a lot of experience with big, heavy and powerful highway cruisers under their belt. Surprisingly smooth and well-balanced, it’s capable of turning a routine long-distance trip into a grand event.