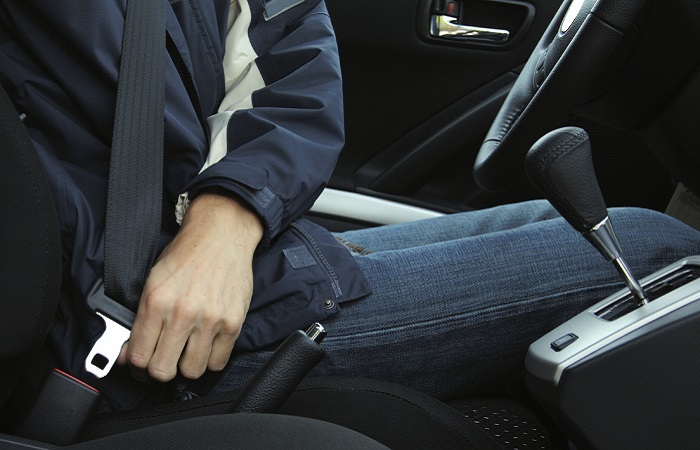 Do many people think when choosing a car – and is it safe? Despite the fact that nowadays it is difficult to find a vehicle without a minimum obligatory set of safety, two cars similar in their technical characteristics may radically differ from each other in terms of protection against unforeseen situations on the road.

But which car can best protect its passengers from injury? The Insurance Institute for Highway Safety, or IIHS, knows the answer.

We didn’t start this story with Subaru for nothing, since the company began its car design activity with safety. Originally involved in the design and assembly of airplanes, it put all possible risk factors down to earth and for half a century has been creating some of the safest cars in the world, with the Subaru Forester being the crowning achievement.

What is the secret of this car? Let’s have a look:

The company’s own test facility helped it move towards its goal. The proving ground, built in 1965, allowed testing dozens of thousands of automobiles, and even the most severe by all standards IIHS rating for many years in a row keeps giving the highest marks to Subaru cars. By the way, the Top Safety Piks award, including those with a “+” sign, is still given to the company’s modern cars to this day, and the updated Subaru Forester in particular.

The pure-bred “American” deservedly received the highest rating from the Road Safety Institute. The information from the sensors of the past crash-test showed that the occupants have the best chances to get away with nothing, even in a strong frontal impact with displacement. All tests were awarded the highest Top Safety Pick rating with a “+” sign, including the side impact. The 2015 Chrysler 200 was the safest car in the world, earning top marks in five different tests.

In addition to being able to best withstand a low-overlap impact of 25 percent, the car excelled at preventing one collision after another, as well as stopping the car in front of an obstacle in the shortest possible time. Experts also noted: quick airbag deployment, near 100 percent frontal impact dispersion and maximum survivability with minimal injury.

Mercedes has long been legendary for its safety, and the German automaker deservedly got this fame, especially when it comes to the E-Class. These cars have made a real breakthrough in the field of intellectual safety. The largest number of cameras and sensors allows the vehicle to assess the risks of the road situation from all sides every split second.

The driver assistance system, which has never been adequately implemented in the world, is reflected in the Mercedes E-Class in the most successful way, namely:

The Mercedes E-Class also earns plaudits for its safety with the world’s best braking system, the strongest body that prevents destruction in side impacts, as well as incredible stability on the road, cloud-based obstacle warning ahead and much more.

As with German manufacturers, legends continue to circulate about the Swedish car, and the main reason for the Volvo S60’s undying fame is its incredibly strong body, which is virtually impossible to deform.

Sedan with sporty notes has won worldwide recognition as the safest vehicle in the distant 2001 and once again explained to the whole world why Volvo cars are considered the standards of reliability and safety. And the main reason for this is a long history, almost 108 years of continuous production and improvement of the brand.

It is believed that thanks to Volvo appeared the very concept of automotive safety, which permeates every detail of each model of the company. All cars are designed so that they constitute an indivisible whole and in all collisions preserve their integrity and keep people inside them safe, even in serious accidents.

According to the IIHS, the Volvo S60 is the safest car for transporting children. It offers the best lateral impact resistance thanks to strengthened supports, while all kinds of airbags and their timely deployment save the heads of passengers and the driver in collisions in which any other car would be blown apart.

The car has shown excellent survivability and minimal injury in multiple rollovers at speed, which not every car can boast. Volvo can be the first to find difficult objects on the road, such as dogs, and effectively stop in front of obstacles, while controlling the situation from all sides.

For these and many other achievements, the Volvo S60 has been awarded the top Top Safety Pick + rating by the IIHS in more than five automotive safety tests.

The Korean premium car is notable for its ability to fully control its surroundings and alert the driver and passengers to any unplanned situation on the road. In the Genesis, this is expressed through the following functions:

Front-impact safety is rated “Good” by the IIHS, and side-impact resistance is rated “Best” with a top score of 6 out of 6. For the driver and passengers, it is complemented by ten airbags, including curtain airbags and knee airbags for all passengers.