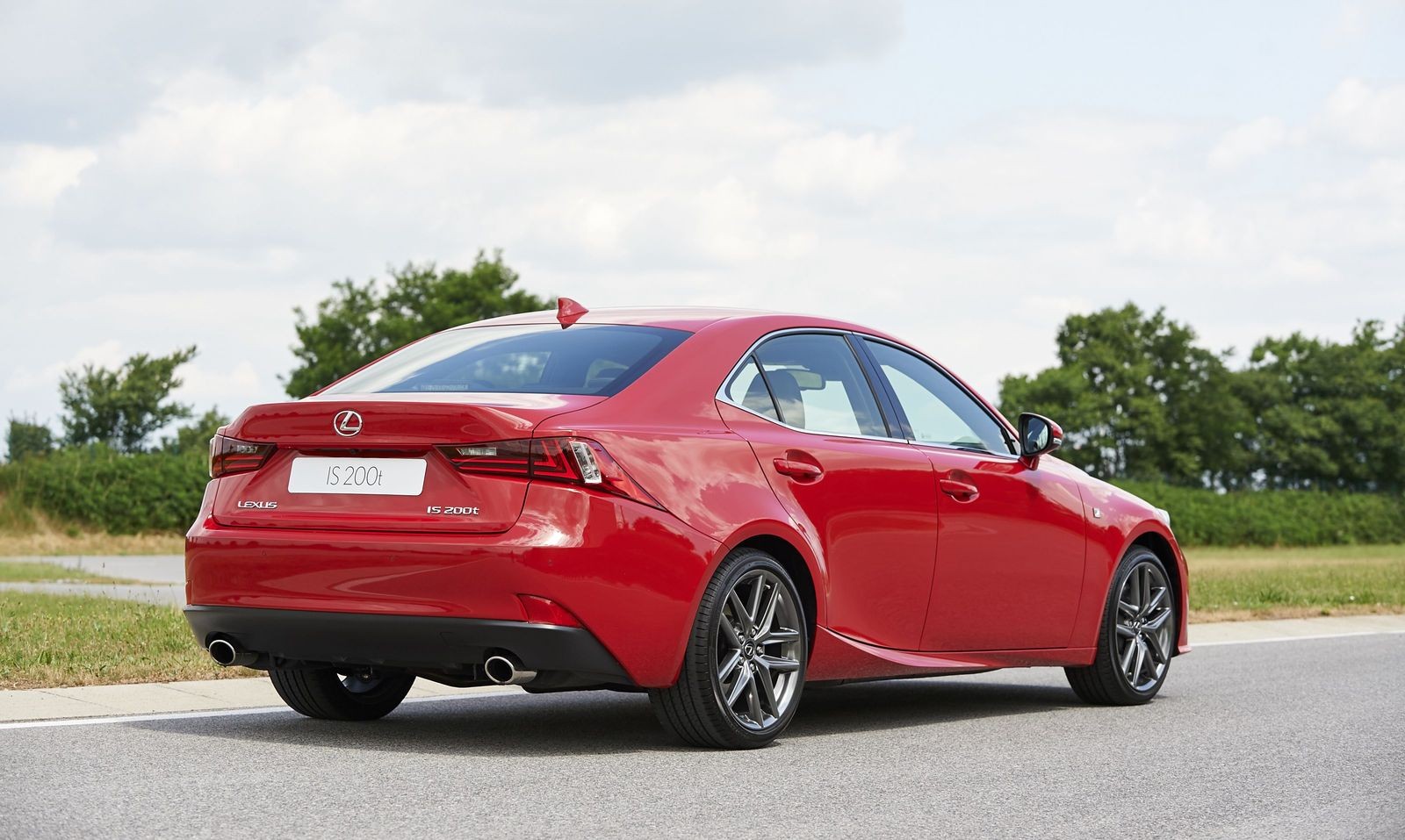 The third-generation Lexus IS debuted in early 2013. The model received an updated version of the rear-wheel-drive N platform, on which the larger GS was built. The IS made its way to Russia fairly quickly, in the same 2013, and at the time of launch, prices for the sedan ranged from 1.4 to 2 million rubles. However, compared to its predecessor, sales of the third generation IS in our country, as they say, did not go. As a result, the Japanese were so desperate that in 2016 they simply withdrew the model from our market, although in 2018 they brought it back in a restyled version. The restyling, though, did not help sales in any way: two hundred cars were sold in 2018, and less than 40 in 2019. In general, it is not surprising that a year after the re-debut the IS left our market again. So what awaits those who didn’t have time to buy the sedan new and want to catch up today?

Considering the very modest sales, we can assume that these cars were not bought by accident, so both age, price and care allow them very well. As for the bodywork, we’re only talking about minor flaws. Usually these are piece chips on the front end, paint damage on the edges of the arches, scratches on the doors and defects on the bumpers. The lacquer coating is quite thin here and it is easy to chip, but the zinc coating protects from rust for a long time, so sometimes the owners “save” the little things, repainting a few elements at a time. The windshield is very fragile, so the repainted hood and replaced windshield on five-year old car is not always a sign of frontal accident. Examining the outside, pay attention to bottom edges of doors and doorways, especially back ones – there is sometimes rust on the border with sill plates. It is better to look under the thresholds linings themselves, and also to examine the sill from below, in the seam area. Paint chips on joints of bumpers with wings will show small accidents with low-quality alignment of gaps. In addition, the owners of the “third” IS like styling with F-Sport dodgers and the like, and the alternative plastic is not always fits as perfectly as the factory.

Another difficulty of owning IS of the third generation is quite predictable: it is extremely scarce range of non-original body parts at a considerable cost of the original. For example, a light frontal accident can cost a pretty penny. Prices for optics vary greatly depending on the type, but the general problem of almost complete absence of substitutes here is also relevant.

The design of the suspension has not undergone radical changes relative to the second generation IS: it is still a double wishbone scheme in front and a multi-lever at the back. The assortment of non-original spare parts here is also small, but by the standards of the class and price segment of the car a lot is very acceptable even in the original version. With expendables all is also decent. The weak point of “the third” IS is hub bearings: a seller will surely tell about replacement of at least one. Thus, bearings are not to name cheap. In general, it is better to listen carefully to them while driving and to check backlashes on an elevator to bargain reasonably.

Brakes in IS are simple, disc, but ventilated on both axles, and for Lexus they are enough. It is necessary to estimate, as usually, callipers’ work for jamming and skew of pads, and also a condition of brake fluid and pipes. Consumables are inexpensive here.

By the third generation, the IS finally got rid of manual transmissions – all cars were equipped with automatic transmissions. Hybrid cars received a complicated and expensive to repair, but quite reliable Toyota E-CVT scheme with a variator that combines the power from the gasoline and electric motors, and “regular” sedans were equipped with a classic hydromechanical automatic transmission. The restyled sedans were equipped with six-speed A760H and A960E depending on the engine, while the restyled sedans were replaced by an eight-speed AA81E. The six-speed boxes are actually the same as those on the second-generation IS, which we covered in detail, and their potential problems are pretty much the same. Mainly it is high operating temperature due to insufficiently productive standard heat exchanger and wear of torque converter locking linings, leading to oil contamination. However, the third generation cars are still relatively fresh, so the remaining life still leaves hopes, especially if you change the oil every 50-60 thousand kilometers and install a larger external radiator and filter. Automatic gearbox AA81E on the restyled cars does not differ in the worse from its predecessor, as is often the case: with the observance of the above service schedule, it will pass before overhaul no less than 200-250 thousand kilometers.

The choice of motors is one of the most boring chapters for those who have owned or were interested in the previous IS. No, in general everything was alright with the third generation as well: the usual 3.5-liter V6 series 2GR was put here. Before a restyling, the biggest engine after in-line four 2AR-FSE was a 2,5-liter V6 with an index 4GR-FSE, and after the restyling and “the second coming” the only variant became a supercharged two-liter 8AR-FTS about four cylinders. Thus it is impossible to tell that the presence of big atmos would have saved the situation: in view of import the price for the car with a 3,5-liter engine would have been uncompetitive, and Japanese understood it.

Today, to some extent, you have to choose between the resource and dynamics. The V6 engine on the pre-styling produces 208 horsepower and accelerates the car up to a hundred more than in 8 seconds – not too slow, but also not surprisingly fast. Thus, the engine is quite good: there is a reliable chain drive of timing and successful piston with potential resource more than 300 thousand kilometers. The only thing that complicates the situation is a direct injection. The clutches VVT-i, which with time start making noise, cost 10 thousand per unit, which is not very expensive. There is, however, another problem, known from second-generation IS and other cars with GR series engines: the so-called fifth cylinder problem, which suffers from insufficient cooling up to rings coking and cylinder mirror damage. On fresh IS this problem is not noted, but it is worth checking the cylinders with an endoscope just in case, and in operation to monitor the cleanliness of the cooling system.

With the turbocharged 8AR-FTS, the sedan reaches a hundred in 7 seconds, which is already much better. Thus, one cannot say that the “4” is less reliable: the AR series is old and known for a long time. But the smaller displacement and supercharging provoke for more aggressive driving, which should be accompanied by good maintenance. In addition to the direct injection and all the complications that come with it, here is a turbine with a six-figure price tag. In general, to buy IS with a turbocharged engine one should be a bit more ready from the financial point of view, though the mileages of the cars are childish, and the problems are still far away.

And now, having briefly found out what the IS of the third generation has to offer to buyers, it is possible to form a portrait of the optimum copy. Considering that hybrids remain the destiny of enthusiasts in our country, actually it is necessary to define what is more important for you: atmospheric V6 or minimum age and mileage. If the first is a priority, you should look for a pre-styled sedan. Now there is still a possibility to find a car with mileage up to 100 thousand from the first owner and in maximum configuration – about such.