“At the end of the seventies, Colombian journalists wrote about the aspiring pilot named Pablo Escobar, although during his performances to the track mysteriously did not get the fastest rivals, and the judges turned a blind eye to the superiority of technology … The journalists of Autoweek tried to understand the mysterious career of a drug lord.

For only some years the Medellin drug cartel reached the unprecedented scale and in 1979 it controlled 80 % of the cocaine traffic in the USA, and its leader Pablo Escobar became one of the most powerful and rich criminals on the planet. In his “better” years, his cocaine empire earned about $60 million a day. Not surprisingly, Escobar had as much fun as he could. 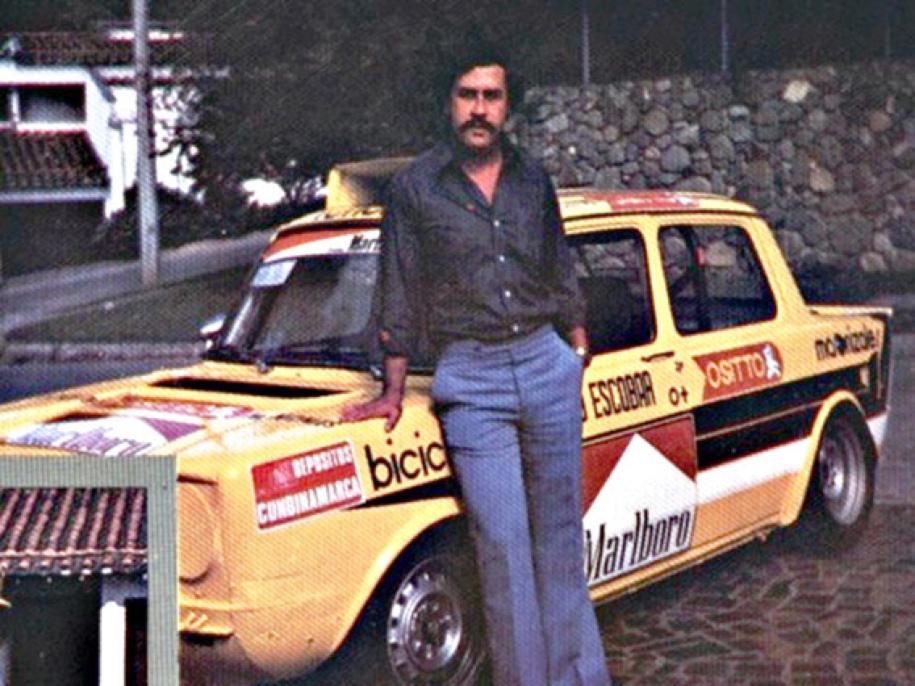 Luxury estates, hundreds of acres of land, expensive cars, planes and even his own airport. Theoretically Escobar could easily buy a place in Formula 1 (and even the entire Formula 1 as a whole), but he preferred to stay in his homeland (apparently, he had too much work) and start his career as a pilot from the very basics. In 1979, he applied in the local monocup, to race in which had to be on the hatchbacks Renault 4.

The awkward high-clearance French car was hardly associated with motorsports, but the car meant about the same to poor Colombia as the Volkswagen Beetle did to Germany and the FIAT 500 did to Italy in its day. Therefore, many Colombian craftsmen finalized Renault 4 for racing, the more so, in 1971, not far from Bogota built the country’s first stationary race track.

Loved Renault 4 and Escobar himself. Legends say that in 1974, when the future drug lord was first arrested, he was just behind the wheel of Renault “four”. And his sister Alba Marina Escobar said that he often gave his friends expensive cars in exchange for their old Renault 4.

Escobar approached his passion for racing in a big way. On the track, he flew in his own helicopter, and his mechanics, in addition to the main car, prepared three more spare. And, of course, in Don Pablo’s makeshift motorhome there were always beautiful women and expensive alcohol. One of his rivals for the ’79 season, Julian Calle, said he was very surprised when someone actually believed Escobar wasn’t involved in selling drugs. 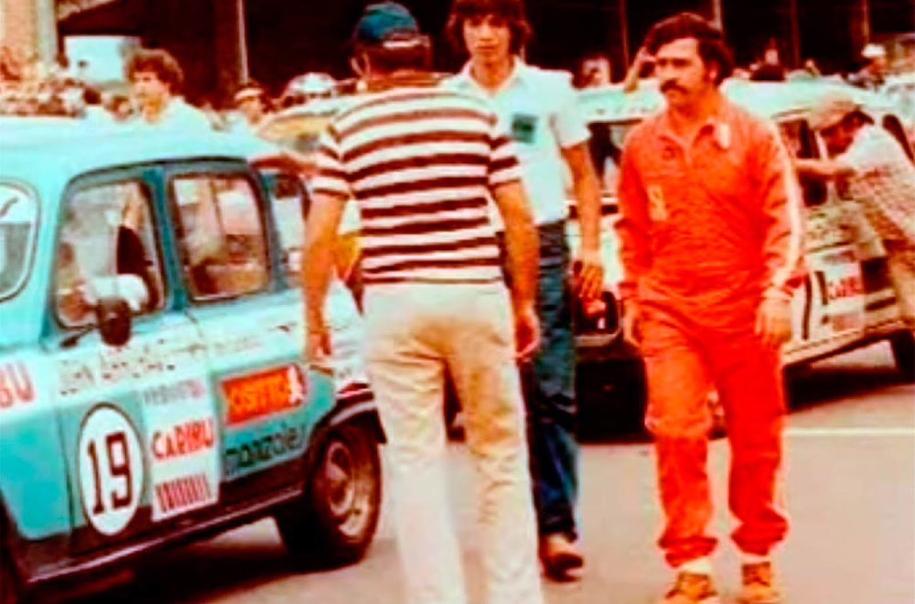 Escobar was far from the racing talent of his countryman Juan Pablo Montoya, but his cars were always slightly faster than the competition. Maybe it was the limitless finances, or maybe El Patrón and his team were deliberately violating regulations. Either way, everything that was lost in the corners, Escobar promptly returned on the straights. And no one filed any protests…

Escobar drove six races in the 1979 Renault 4 monocup and even finished second in the championship. True, he had very sophisticated ways of dealing with his rivals. No, no, no bullets or bombs, but it is said that Escobar’s men bribed local policemen to… detain rivals on their way to the track. Alvaro Mejía, for example, almost missed his start.

Escobar was followed by his cousin Gustavo Gaviria, who was the chief financier of the Medellin cartel. A scene of their struggle on a gravel track can be seen in one of the episodes of the Narcos series. Other founders of the cocaine empire, the Ochoa brothers, were also racing. The cartel had a whole team, which, in addition to the Renault 4, used and prepared sedans Simca 1000. The cars sported sponsorship stickers of the Bicicletas Ositto bicycle factory, which Escobar created for his brother Roberto. 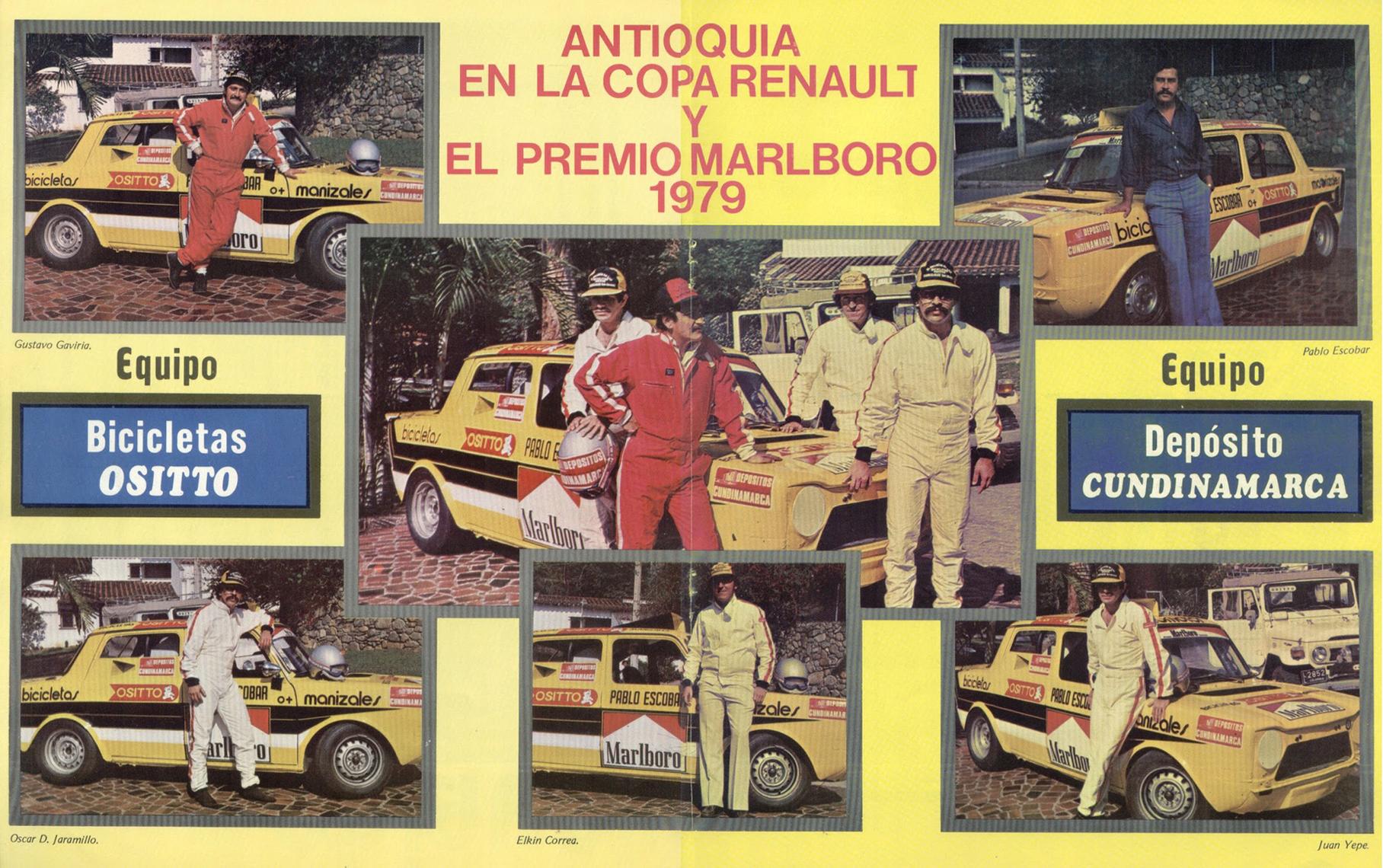 After the humble Renault 4, Escobar had a Porsche 911 and 935, which he continued to race both in his home country and throughout South America. Don Pablo became friends with pilots, among them Ricardo Londoño, the main hope of Colombian motorsport at the time. They once bet that Escobar, driving a Porsche 935, would lose to Londoño by less than 15 seconds on a hill climb near Medellín. In the end, the gap was eight seconds, and Escobar won the bet.

El Patrón also tried his hand as a race sponsor, paying for Londoño’s place on the Ensign formula team for the 1981 Brazilian Grand Prix, but the Colombian only rode in practice, after which he was denied a super license with Bernie Ecclestone’s pitch. Subsequently, the Colombian authorities have repeatedly charged Ricardo Londoño with ties to drug trafficking. 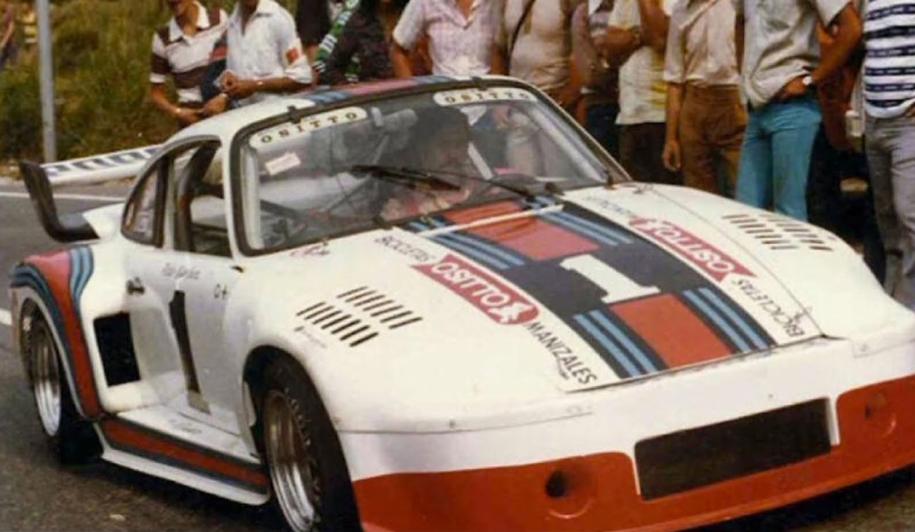 In the eighties, the Medellin cartel continued to gain momentum, and Escobar had to step back from the race to focus on managing his cocaine empire. At its peak it controlled almost all of the world’s cocaine traffic. More than one movie has been made and more than one page of Wikipedia has been written about what happened next. The Colombian authorities and the U.S. declared war on the Medellin cartel, and on December 2, 1993, Escobar was killed by a Colombian police sniper. No one ever saw him as just a rich car racing enthusiast again.