It is a mistake to think that electric cars have become popular only in the last decade – a hundred years ago, for a number of reasons, they were selling almost better than cars with internal combustion engines. We decided to tell you about, perhaps the main manufacturer of electric cars of the twentieth century – the company Detroit Electric. Which has recently been revived and will soon begin producing the world’s fastest production electric sports car.

The Detroit Electric brand holds several world records at once. This company has been producing electric cars longer than other manufacturers – for 33 years, from 1906 to 1939. In addition, during this time the manufacturer has sold more than 13 thousand electric cars, which in the XX century could not do more than any other car company.

Spark from under hooves

It all began back in 1884, when the Anderson Carriage Company set up operations in Port Huron, Michigan, to produce horse-drawn carriages and lightweight two-seat baby carriages. Soon founder William Anderson realized that most of his products were going to Detroit, located 60 miles away, and decided to move the Anderson Carriage Company headquarters to the future “city of motors”. 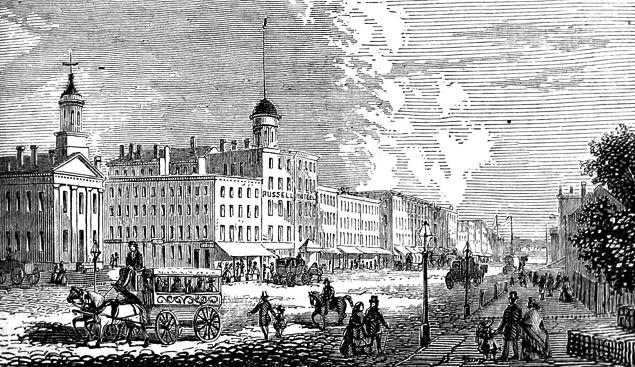 From the late 19th century until about the 1910s, electric cars and internal combustion engine cars competed with each other with almost equal success.

“Conventional” cars were relatively inexpensive and could go anywhere you could fill up with fuel. But at the same time, they broke down quite often, smelled of gasoline, and had to be manually cranked with an iron “poker” to start the engine.

Electric cars were more expensive, heavier, less dynamic, and depended on rechargers, which were only available in big cities. However, they broke down much less frequently, did not require frequent maintenance, were extremely easy to operate and were almost silent. 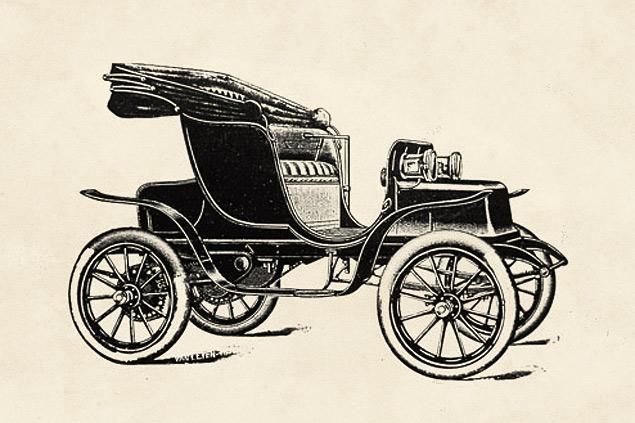 At the beginning of the twentieth century, Anderson’s firm began producing car bodies for several Detroit manufacturers. At the same time its founder nurtured the idea of creating his own car, which soon became a reality. At the board of directors of the company it was decided to build a car with an electric propulsion system, whose components were borrowed from the company Elwell-Parker, which since the end of the XIX century was engaged in the production of electric locomotives, omnibuses and baby carriages. In addition, the new electric cars were not named after Anderson (at that time there were already several manufacturers with similar names), and created for them a separate brand – Detroit Electric.

The first electric self-propelled car with an open top under the brand name Detroit Electric was released in June 1907, and by the end of the year was produced 125 cars with lead-acid batteries. Subsequently, for an additional fee of 600 dollars (a lot of money!), the electric cars could be equipped with more advanced iron-nickel power sources, which increased the range of the cars twice – from 65 to 130 kilometers.

Invented by Thomas Edison, these batteries were similar in their specific power capacity, unpretentiousness, and long life to modern lithium-ion batteries, which did not appear until 1991. However, these batteries also had a number of drawbacks. They were heavy, had poor charge retention at low temperatures, and their production costs were later found to be prohibitive for automotive applications. However, such batteries are still in use, mostly in industrial equipment.

The new company’s products quickly gained a reputation for being sturdy, reliable, quiet and – most importantly – easy to operate electric cars. Detroit Electric had only two handles instead of a steering wheel, pedals and gearshift. One of them (longer and poker-like) was located in front of the driver and controlled the direction of travel. The other, which resembled a handbrake handle, had six positions for speed control. The first had four miles per hour forward, the second eight, the third twelve, and so on. The sixth mode was responsible for reversing. The cars had a maximum speed of only 32 kilometers per hour – this, however, was quite sufficient for operation in large cities. 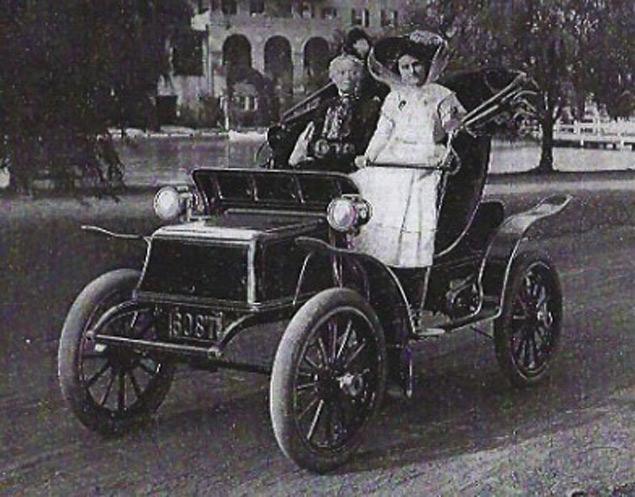 Detroit Electric cars in the early twentieth century could only be afforded by the very wealthy. They were in the garage of inventor and entrepreneur Thomas Edison, who also owned electric cars of other manufacturers; industrial tycoon John Rockefeller had his electric car, Clara Ford – wife of Henry Ford, and even Mamie Eisenhower – wife of the future president of the USA.

Electric cars were quickly gaining popularity, especially among wealthy women who liked simple, but at the same time elegant cars, similar to horse-drawn cabs, for short urban trips. Indeed, electric cars of that time had a number of serious advantages over cars equipped with internal combustion engines.

First of all, to start the engine it was not required time-consuming work with a crooked starter, as in a car with a gasoline engine – in fact to start the internal combustion engine, at that time it was necessary to turn the starting handle with great force. Which, in addition, then could hurt or break your hands. These cars were obviously not suitable for women. 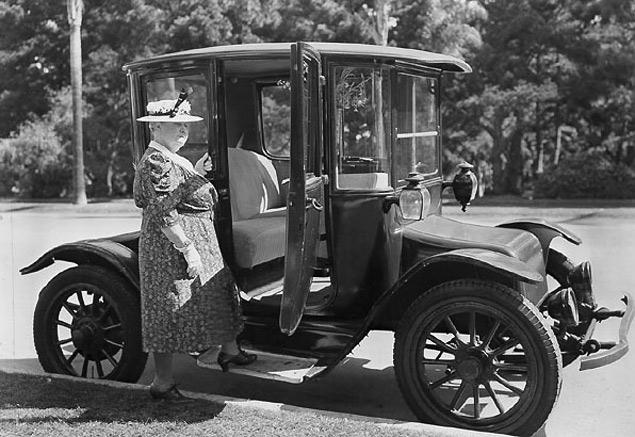 In 1908, Detroit Electric has released electric car, the wheels which were not driven by a chain and pinion, and thanks to a cardan shaft. In advertising leaflets for the novelty it was said that it could go almost 130 kilometers on a single charge (most electric cars of other manufacturers of that time had a range of no more than 60-70 kilometers).

If not Detroit Electric, then who?

The main rival of Detroit Electric at the beginning of the last century was an American company Baker Motor Vehicle Company, which appeared in 1899, and which produced electric cars under the brand name Baker Electric. In 1906, the annual production of the company reached 800 cars, which made it the world’s largest manufacturer of electric cars at that time. 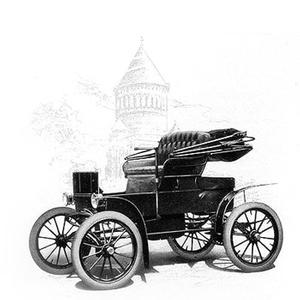 Electric Company purchased even the U.S. administration for the White House. These cars were distinguished by comfort and rich design, for which they enjoyed success with the “powers that be”. Thus, for example, back in 1903, one of the electric cars was purchased by the King of Siam, who wished his car to be decorated with gold and ivory.

In 1914, Baker Motor Vehicle Company merged with another famous electric car manufacturer Raunch and Lang. The joint venture was called Baker, Raunch and Laung, and the last civilian electric cars were produced in 1916.

Columbia Automobile Company was founded in 1899 and produced electric cars for ten years, until 1910, when it was purchased by the United States Car Company. The manufacturer built personal cars as well as buses, cabs and even special police cars. The range without recharging was 64 kilometers.

Studebaker Electric was a sub-brand of the Studebaker company of the same name, under which the production of electric cars continued from 1902 to 1912. Electric cars and buses were produced in various bodies provided to the manufacturer by the parent company. Production was phased out in 1912, when representatives of the company officially announced that in nine years they had failed to achieve the desired success and acknowledged the fact that the future lay with cars with internal combustion engines. 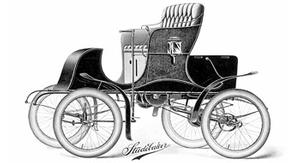 A little later, the company prepared a special prototype based on the production model, which during the test run without battery charging drove 340 kilometers. This served as a splendid advertisement for the manufacturer: articles extolling the virtues of the Detroit Electric were published in all the popular magazines of the time, including National Geographic, Saturday Evening Post, Ladies Home Journal, Century and Country Life. 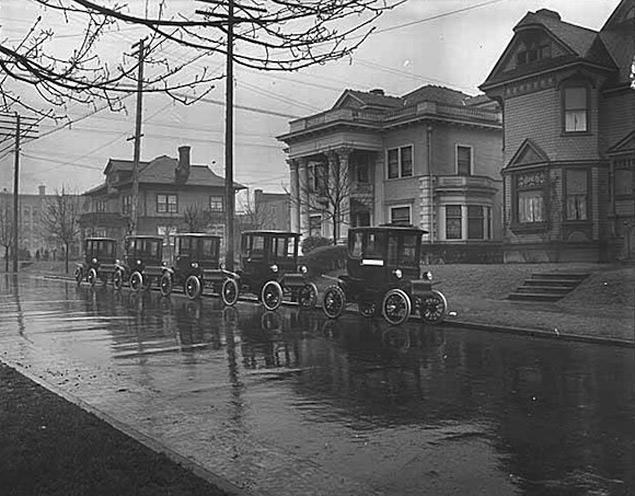 The most successful year for the company was 1914, when 4.5 thousand cars were produced. In the same year, World War I began, which caused gasoline prices to skyrocket at least twice, played into the hands of the manufacturer.

In addition, the success of Detroit Electric also helped by the fact that by that time virtually all of the company’s main “electric” competitors had either closed down or retrained to produce internal combustion engine vehicles.

The starter for the finish line

Ironically, it was the emergence of new inventions involving electricity that contributed to the decline in popularity of electric cars. In the summer of 1911, Charles Kettering, a future vice president of General Motors, patented a device that was an electric motor that could crank the engine crankshaft in a short time to get it started. It was a starter. 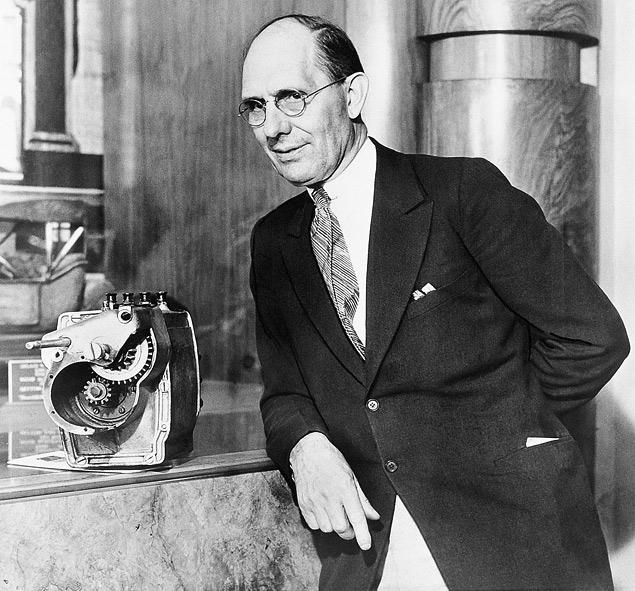 At first, many manufacturers were skeptical of Kettering’s invention – in 1912, only Henry Leland, head of Cadillac, decided to equip his models with an electric starter. However, closer to 1920, almost all companies began to install an electric starter motor in their cars. Thus, one of the key advantages of electric cars over cars with internal combustion engines came to naught.

At the same time, Henry Ford established the industrial production of cars based on an assembly line, which further reduced the cost of “conventional” cars: the famous Ford T, for example, could be purchased for 600 dollars, which was equal to the cost of one Edison battery, and the entire electric car Detroit Electric cost over 2.5 thousand dollars. And the development of large oil fields in Texas reduced the price of fuel to an acceptable level. Finally, in 1918 Germany capitulated, thus ending World War I. 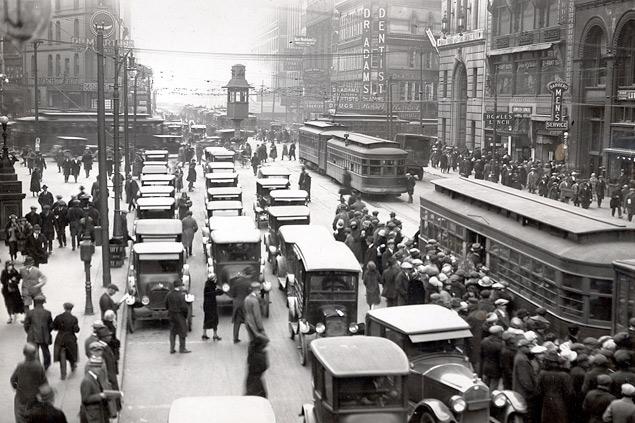 Nor did their “feminine” reputation contribute to increased sales of electric cars – it was impossible to exist only at the expense of women. One way or another, but the demand for civilian electric cars closer to the 1920s began to decline – and Detroit Electric products were no exception. Gradually the company concentrated on the production of commercial electric cars, which were still popular in large American cities. 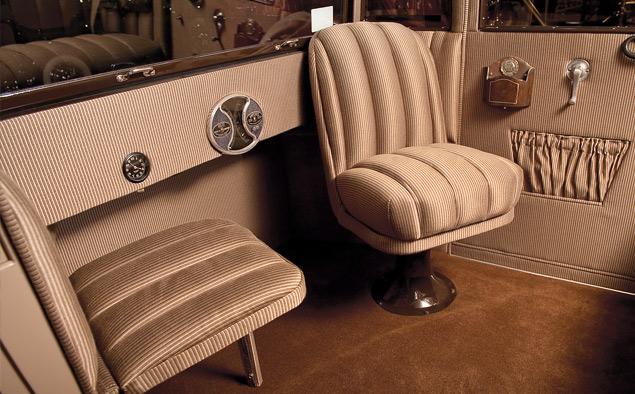 At the same time, Detroit Electric continued small-scale production of passenger cars. The latter, however, began to look like “standard” cars of the time and even equipped with fake grilles and unnecessary hoods. And from 1931, the company began using Briggs bodies identical to those supplied to Dodge and Wyllis.

But the final blow from which Detroit Electric could not recover was the Great Depression in the United States. The agony of the company, which continued to fulfill only isolated orders, lasted until 1939, when the last electric car was produced.

In 2008, the former chief engineer of the British company Lotus Albert Lam decided again to “knock out the spark” and revive Detroit Electric with the intention of producing premium electric cars. Five years later, in March 2013, the company was registered again and settled in its headquarters in Detroit. There, a new development of the resurrected company was soon shown – the SP:01 electric car.

The car, according to assurances of the developers, will be the fastest production electric car in the world – its maximum speed will be 249 kilometers per hour.

The novelty, according to unconfirmed information, is built on a platform of a sports coupe Lotus Exige. It is known only that it has an aluminum chassis to which carbon fiber body panels are attached. 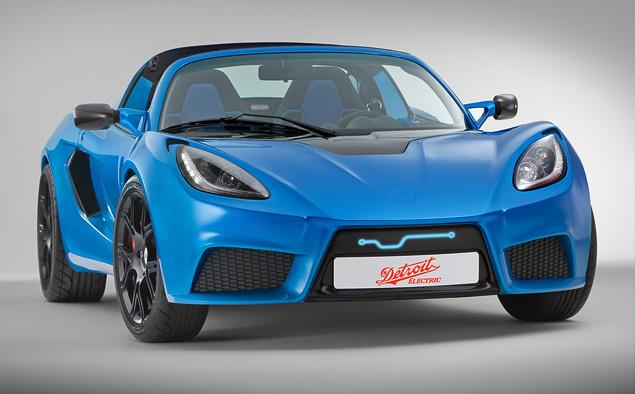 The SP:01 electric motor with 203 horsepower and 225 Nm of torque is located between the axles. It is powered by a set of lithium-polymer batteries with a capacity of 37 kilowatt-hours. It has a range of 305 kilometers and takes 4.3 hours to fully charge the batteries.

For the beginning the manufacturer plans to release 999 coupes, the price of each of which will be about $135 thousand.

The model will go on assembly line not earlier than September 2013. Toward the end of 2014, Detroit Electric plans to show two more models with all-electric propulsion systems. Then it will become clear what electric car manufacturers have learned over these hundred years.