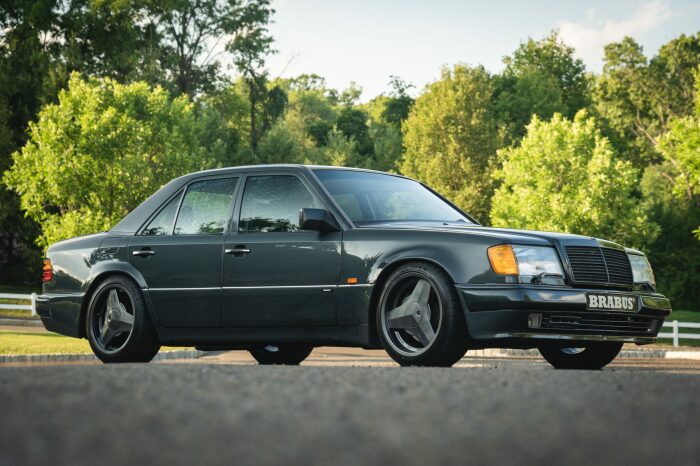 Introduced back in 1984, the Mercedes-Benz W124 sedan is deservedly considered a legendary car. It will be difficult to find another car, which citizens would remember with such awe and love. Certainly not everyone could get such a beautiful car in its time. The car, to put it mildly, was not available. But in 1990-s at the domestic expanses everybody wanted a 124! Why do they consider it the best sedan in the history?

Up to now the series of Mercedes-Benz W124 cars remains probably the best, that Daimler AG has ever made. Anyway, the majority of domestic motorists among those who managed to drive one of these beauties will probably voice such thesis. Generally, the cars produced before 2000 year cause in motorists a peculiar nostalgia. And the case here is not only in the fact that paintwork was thicker, armchairs were softer, and the engine’s rumble was more pleasant. The W124 family, to put it mildly, is large. There were both rear-wheel drive and all-wheel drive sedans. For almost 15 years of history, the cars of the lineup were produced in four bodies: station wagon, coupe, convertible and sedan. History of the series began in 1984 and ended in 1998.

The sedan 500E model from 1990 takes a special place among W124 fans. Many consider the 500E the best sedan in the history of Mercedes-Benz. As in the case with the other models, the design of this sedan was developed by the famous Italian master Bruno Sacco. Recall that he was, among other things, chief designer for Daimler AG from 1985 to 1999. For the mid-1980s, Sacco’s ideas were revolutionary in many ways. This is partly why almost all of the W124 models were so popular for a dozen years.

The 500E sedans combined style, comfort, efficiency, and safety. An interesting feature of the model was that at one time it was one of the few cars with 87% windshield wiper coverage! In addition, the “tricky” always managed to stay parallel to the airflow. The 500E’s windshield windows were designed to always let light through. They were able to do this even when heavily contaminated. All these and many other nice features appeared directly thanks to the work of Bruno Sacco.

The luxurious car was equipped with a 5-liter V8 m119 engine with 329 hp. Up to 100 km/h 500E could be reached in 6.1 seconds. The rear suspension was equipped with a level control. The car for the first time had ASR system, doubled the catalytic converter in comparison with other sedans of the family. The latest LH-Jetronic electronic injection system was also installed. The 500E body also received some changes: widened wheel arches and new bumpers. The 500E raced on 225/55 ZR16 tires, which were stretched on light-alloy rims. The car was named best in the world at least three times at major international events. And the 500E sedan had only one terrible sin – price.