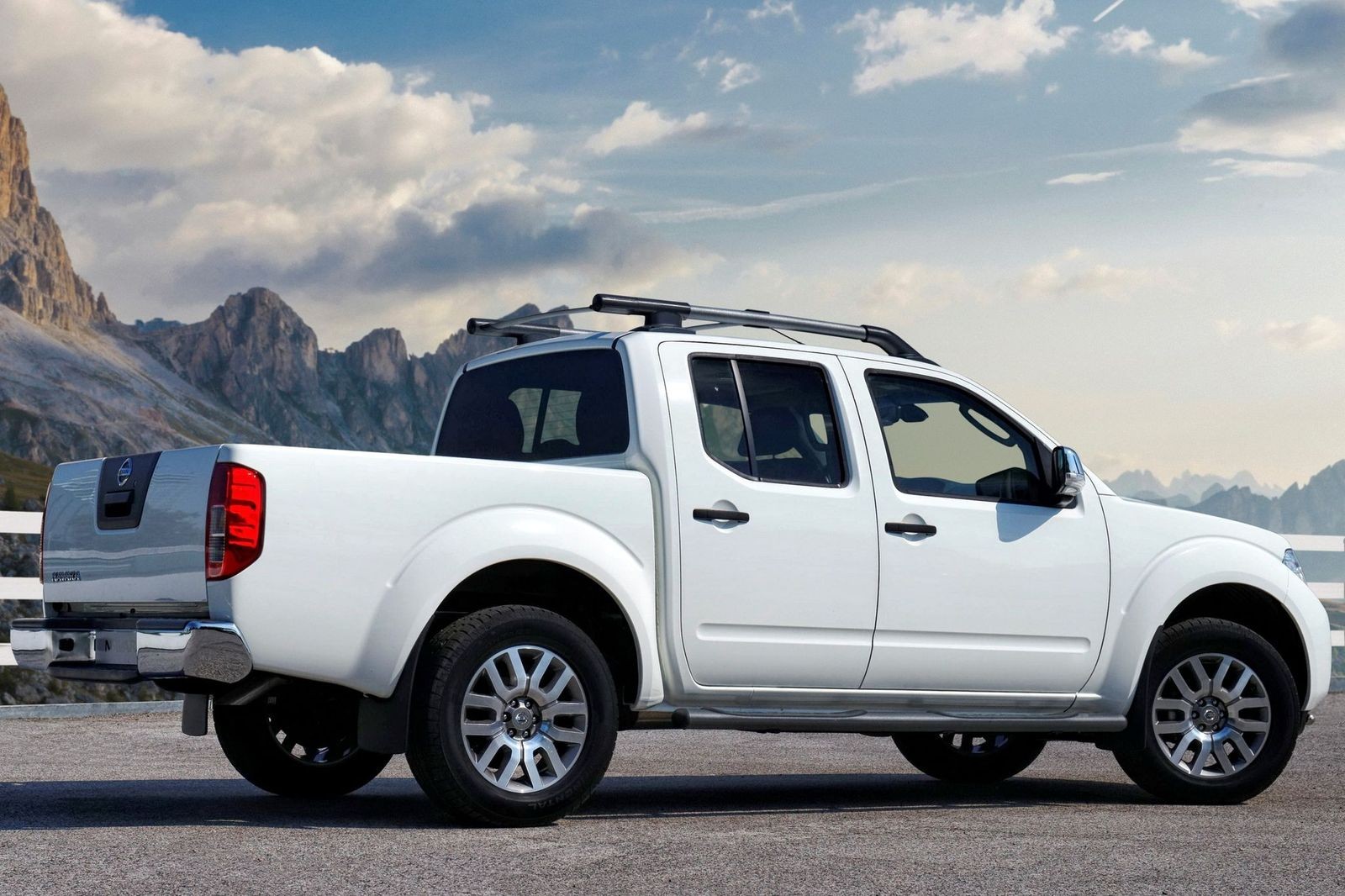 In the world Navara debuted in 2004, and reached us in 2005, although full sales began in 2006. The pickup truck is not too much different from sister SUV Pathfinder – the equipment list was close, although the rear disc brakes, automatic rear-wheel drive and some options like regular xenon were missed. However, it was not the most important options for buyers, so the car has received its share of popular recognition, in the best years in circulation of a few thousand units. In 2010, both the Navara, and Pathfinder have undergone a slight renovation, and by 2014 the age has already started to affect the sales. And the prices at that time rose to 1.4 million rubles for the initial version of the pickup. As a result, the Navara left the market in 2015, at the same time as the even older NP300 pickup. Let’s take a look at how much age at 6-16 years affects the condition of the cars and whether there are options that are better not to buy.

Given the age, you shouldn’t expect the pickup’s body to be in perfect condition, although it doesn’t often get to “criminal.” The front part is high and almost vertical, which “helps” to pick up pebbles and other road debris from the cars in front, so there will be chips in front for sure, as well as a protective grid behind the bumper. The chrome on massive radiator grill gets muddy and flaky, so sometimes owners solve the problem not by buying a new grill, but with “anti-chrome” painting it black. It is still worth checking out the joints of wings with bumper: here the transition is made on massive arches, and the paint often rubs off. From the side it is worth to look at the bottom of the doors and at the bottom of the sill in the seam area: there is usually no plastic footstep as the Pathfinder has, so the dirt does not accumulate here, but the age takes its toll anyway. On the roof it is necessary to examine the mounting points of roof rails and joints in general: here is also very probable the corrosion, and sometimes it is serious. Cargo body suffers mainly from usage style: cargo damages bottoms and sides, body rubs the paint around the joints with the body. In addition, the huge rear arches also collect their share of sandblasting, so it’s worth inspecting the entire cavity here, not just the outer edges.

Before you lift the car up to inspect the underbody, you can look inside to check that the floor is dry. It is especially important to do it in front passenger’s legs: unlike Pathfinder, there is no rear window washer circuit, but the condensate from climate system can still seep there where it shouldn’t. It is necessary to check the frame number, located in the central part of the body. The owners usually keep an eye on it, but taking into account its location, the problems are probable, as well as with the frame in general. The rear part of it should be inspected especially attentively for rust and cracks which can appear due to overloading, and also the condition of body cushions should be evaluated.

Prices for body parts are quite dependent on whether or not they are unified with the related Pathfinder. What’s “universal” usually has options for non-original replacements at a reasonable cost, but “pure freight” items can bring difficulties. This is clearly evident in the difference between the front and rear. We are talking about halogen headlights only: there are no xenon headlights in Navara, but owners occasionally put them from Pathfinder, for which xenon was offered as standard.

The running gear is a combination of front double wishbone, as has the Pathfinder, and the rear continuous axle on springs. The scheme is absolutely typical for the class: we’ve seen the same, for example, in Mitsubishi L200 and Pajero Sport. At the same time in the maintenance and repair Navara is quite simple and relatively inexpensive. Even the large elements here have a good range of substitutes.

Brakes in Navara are also standard for the segment: disc mechanisms in front and drums in back. Accordingly, there are no difficulties during inspection and operation: if the lines are not rotten and damaged, and in the rear brakes did not forget to look in the last 5 years, the probability of major investment is minimal. However, even a complete revision of neglected brakes will not cost a fortune.

The Navara, unlike the Pathfinder has the only scheme of a full drive: a base rear drive and a rigidly connected front axle. Accordingly, it does not work on hard surfaces – the all-wheel drive can be switched on only off-road and slippery roads, otherwise you can quickly finish off the transfer case and driveline. The owners of Navara are usually familiar with these nuances, but the work of the four-wheel drive is still worth a thorough check, as well as the serviceability of the rear interwheel lock and the state of the oil in the transfer case.

Navara has several transmission options: the base was a six-speed manual gearbox, for an extra fee was offered a five-speed automatic, and after the restyling in 2010, together with a diesel V6 appeared seven-speed automatic transmission. From the point of view of operation the manual is quite successful variant. Telling the truth, in addition to the dual mass flywheel the clutch turns out to be unexpectedly expensive.

The most widespread automatic gearbox is the five-speed RE5R05A from Jatco, known from many other cars. The box is rather simple and strong, so if to change oil in it at least once in 50,000 km, it can go 300,000 km, and even more. Earlier than that the only thing that can run out is torque converter lockup shoes, especially for those drivers who drive the pickup like a sports car, or abuse overloads and heavy trailers. Otherwise the risk of problems is low, but the above mentioned ones are more than enough, so you still need to check the transmission carefully. The seven-speed automatic transmission with index RE7R01B from the same Jatco also deserves flattering words: the service life of multidisk liner lockup torque converter is higher here, and the general reliability of the unit is at least not lower than the five-speed one. Telling the truth, cleanliness of oil here plays even more important role, but as a whole the box calculated for a moment of three-liter diesel V6 usually serves long and happily. Unlike the engine itself…

The three-liter V6 with the index V9X is really not the best choice, especially now, when the mileage of the cars is guaranteed to be 150-200 thousand kilometers and more. In the first years of its life the engine pleased its owners with excellent traction and dynamics at moderate consumption, but with time the weaknesses begin to appear. There are enough of them: the piston ring lagging due to the high thermal load of piston cylinder group, the risk of scoring of crankshaft journals at insufficient oil pressure and also cases of jamming of oil pump with all the sad consequences. It is possible not to include here a resource of chain timing in 150-160 thousand: it has already been most likely replaced, that does not cancel necessity of listening to it at cold starts. The EGR system can also poke problems, but the most unpleasant thing in this motor is lack of repair dimensions and spare parts for repair. That is at breakdown it is necessary to look for “contract” version at scrap, and it is expensive, and does not solve the problem of service life.

Against this background the base diesel engine YD25DDTi seems more preferable option. Before the restyling it produced 174 hp, and after it – 190, which could be achieved due to variable geometry turbocharger. Actually, the turbine here is one of the points that need to be thoroughly checked, as the cost of an error is high. The fuel system is reliable, but also needs attention at purchase, as well as the chain timing. However, the main possible problem of this motor was the cracking of the cylinder head due to overheating or high load. The cooling system is as important here as on the three-liter motor, and it is not recommended to overload the engine with long towing of heavy trailers or mud bumping. However, there is a positive prognosis: firstly, with proper cooling system the engine can go over 300 thousand kilometers without repair, and secondly, this very repair is possible and even not too expensive. In addition, it is easier to choose a car with such engine simply because of its popularity: at one time exactly the 2.5-liter diesel engine was the bestseller in the model, so about 95% of Navara on the secondary market are equipped with it.

And now, having briefly understood with strengths and weaknesses of Nissan Navara, it is possible to try to pick up optimum variant. Actually, the choice is rather simple: if to remove out of brackets 3-liter diesel for the well-to-do enthusiasts, then 2.5-liter diesel engine is left, and it is only necessary to define the type of transmission. The logical variant is to buy a pickup with an automatic, minimal number of owners and up to 200 thousand kilometers mileage – about such. If Autotech will confirm a surprisingly small mileage of 120,000 kilometers, and also accident-free history and absence of legal problems, it will be possible to drive another 50 or even 100 thousand kilometers on such Navara, before making large investments. If you suddenly understand that you like the car, but the pickup is not your thing, you can easily switch to Pathfinder.