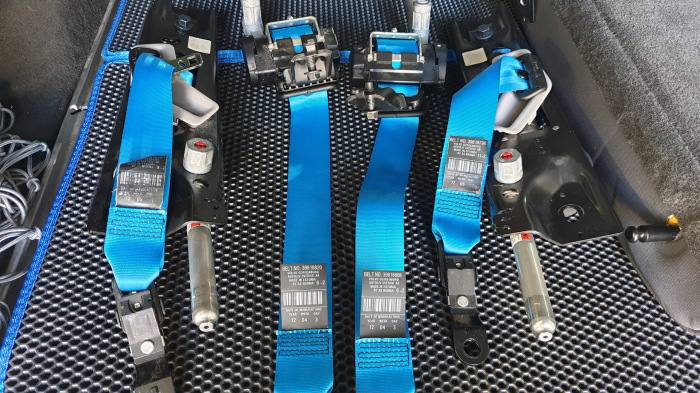 If you have never had to buy parts for your beloved “swallow” on the secondary market, then you are either a very rich person, or you do not have a car. It is noteworthy that even those who repair cars of the premium segment are not squeamish about used parts. Anything can break in the car, even such in general such simple thing, as a seat belt.

If you want, you can change the seatbelt in your car yourself. There is nothing fundamentally difficult in this case, although you still have to tinker. Of course, before taking off the old seatbelt, you should buy a new one or at least second-hand one. And here begins the most interesting. Having got acquainted with a new detail closer, some citizens begin to think, that it is faulty or broken.

The thing is that the seatbelt refuses to pull out of the drum after purchase. Someone discovers this “breakage” only when at home, and then begins to angrily call the seller or even rushes back to the store. But in reality there is no reason to worry. The removed safety belt doesn’t pull out of the drum not because it is broken or jammed, but because the producers have planned it so.

The thing is that the belt reel is designed in such a way that the webbing is extracted only when it is in the right position. In other words, as long as the coil is not installed in the car, the safety belt will not work. This applies to both front webs with vertical tensioning and rear belts with horizontal tensioning. By the way, since each part is designed to work in its own plane, it is not even theoretically possible to swap front and rear belts.