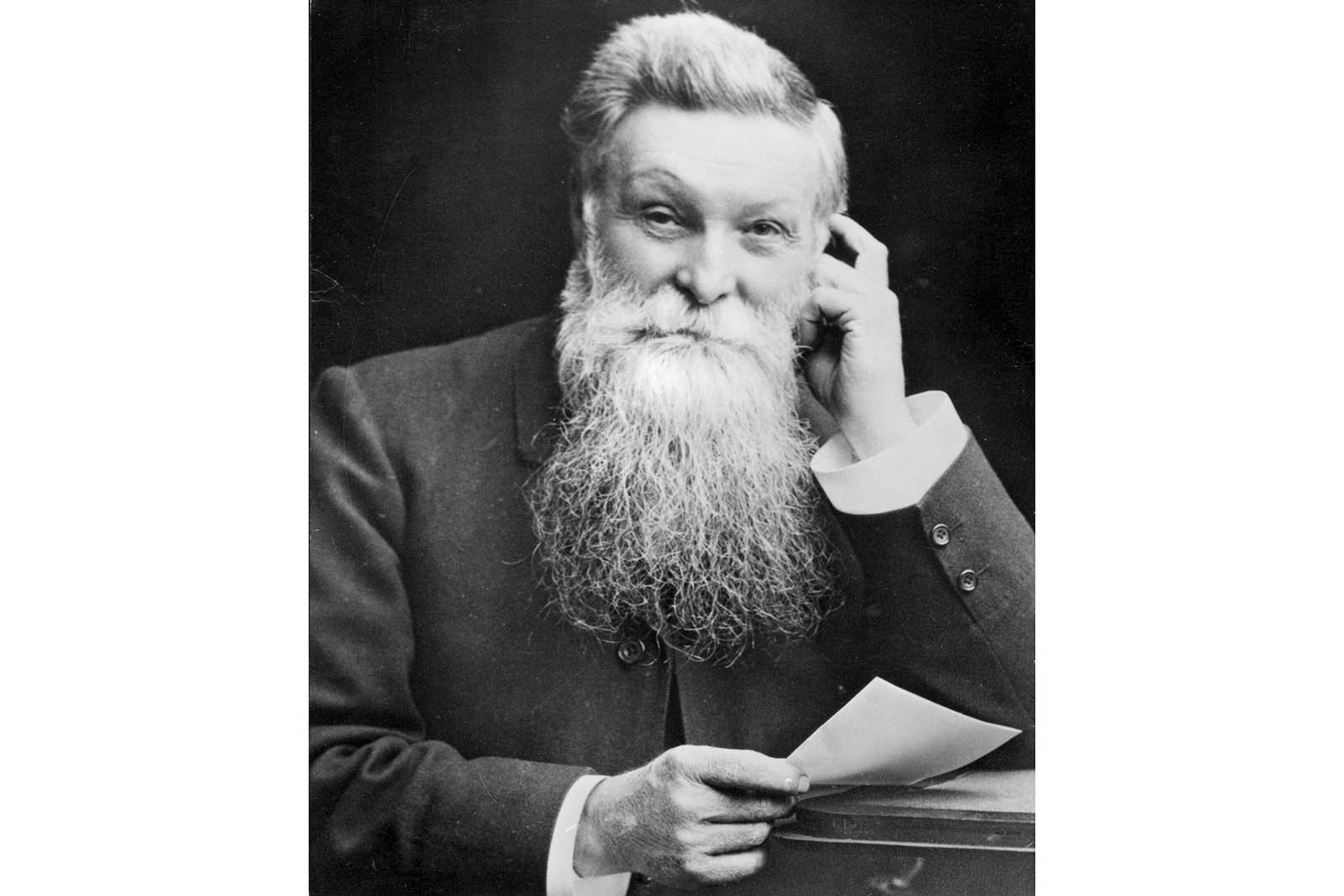 It’s all about the inherent contradictions of car tires, because a tire must connect the car to the road and separate it from the surface on which the car is traveling. It has to be soft and resilient enough to effectively absorb bumps and rigid enough not to deform too much or compromise handling. It must confidently cling to the road, because otherwise the car can neither move forward, pushing the tires off the road, nor stop when the driver needs it. At the same time, the tire should have minimal rolling resistance, so the car does not consume too much fuel, and this is achieved only with the reduction of deformation, and it should not wear out too quickly. So try to combine high traction, low rolling friction and low wear (these requirements are called the “magic triangle”) in one product…

It is clear that the properties of a particular tire model determine the combination of the tread pattern and internal design, but, anyway, everything starts with the composition of the rubber mixture. And now let’s remember what rubber is in general. Its basis is rubber. This natural polymer has one problem – it is elastic, but quickly oxidizes in the air and becomes brittle.

In 1839, Charles Goodyear discovered the vulcanization process when he discovered that a heated mixture of rubber and sulfur turned into an unusually dense elastic material, much more stable than the initial fusible polymer mass. It happened because sulfur attacks the double bonds in the rubber molecules and creates so-called “sulfide bridges” – strong bonds that connect neighboring rubber chains and form a lattice structure. In principle, from the point of view of chemistry, the entire rubber mass is a single molecule. In 1888 John Dunlop, trying to improve his son’s bicycle, created and patented a tire made of vulcanized rubber, and in 1895 Andre and Edouard Michelin installed rubber tires on a car that participated in the Paris-Bordeaux-Paris race. Thus was born the car tire, which began a victorious march across the planet, continuing to this day.

But the composition of the mixture used to make modern tires is much more complex. It still often contains natural rubber – for a variety of reasons it cannot be completely replaced. The thing is that the side chains of rubber molecules “hang” strictly on one side of the main chain, and although methods of industrial production of artificial analogs have been discovered long ago (by the way, the priority in this matter belongs to the Russian chemist S. Lebedev. V. Lebedev), artificial polymers cannot achieve such a structure. The control of chain assembly, which is provided by complex plant enzymes, cannot be replicated in reactors with substantially simpler organometallic catalysts.

On top of that, the natural base for natural rubber is limited; there is simply not enough to meet all of mankind’s needs for rubber in general and car tires in particular. As a result, the share of natural rubber in modern tires is at best 10-15%. At least 20% is synthetic polymers – polyisoprene, polybutadiene, copolymers of polybutadiene with polystyrene and polyisobutylene. Lately, however, tires made entirely of synthetic rubbers are becoming more and more common – the progress of chemical technology does not stand still, and the economic reasons are having an impact. Artificial rubbers are not only more resistant to oxidation and ultraviolet radiation, but also banal cheaper.

In addition to rubbers, the tire compound necessarily contains carbon black, simply put – industrial soot. It gives the tire mechanical strength and wear resistance, as it provides good molecular bonding during the vulcanization process, well as the well-known black color.

An important component is silicon dioxide, aka “silica”. It is responsible for improving adhesion to the surface. Older people probably remember the red Soviet erasers, which even visually showed glass dust and with which you could erase even what was written in ink, and together with the top layer of paper. And what is glass? It is silicon dioxide.

And then it’s the turn of the various additives. Some of them are antioxidants, and their main task is to “catch” reactive oxygen species (such as ozone or peroxide) that are dangerous for rubbers and other polymers, turning them into harmless water. Others, such as organic oils, are added to keep the mixture elastic at low temperatures. Others – say zinc oxide – play the role of vulcanization activators.

All this complex molecular set should work in harmony, in a single concert. It is clear that the leading tire companies spend a lot of effort on the development and research of new rubber blends, and one of the undoubted leaders in this regard is the Japanese company Toyo Tires. They were the first who managed to put the empirical shamanism, which was the creation of new blends, on a strict scientific basis. The complex of scientific methods that allowed creating mixtures with specified properties and predict their behavior in different conditions, called the Nano Balance technology.

To understand how this technology works, we must first understand what is “nano-world” and “nano-objects”. Today, nanoobjects (nanoparticles) are objects (particles) with a characteristic size of 1-100 nanometers in at least one dimension. This is the range in which the size of polymer molecules lies. Well, to understand what 1 nanometer is, let’s do a mental experiment. Imagine a car tire, increased in size to the diameter of the Earth’s equator. Compared to it, an object the size of 1 nanometer will look like a modern coin worth 1 ruble! It is clear that in order to study such objects, we need special equipment. And just as Anton Levenguc’s invention of the optical microscope opened to mankind a window into the microcosm, the electron microscope invented by M. Knoll and E. Rusk provided access to the world of nanobjects. It happened in 1931, and scientists were finally able to see submicron and nanometer sized objects. That’s when the Thomas the Unbeliever principle kicked in: “Until I see it, I won’t believe it!” But the real era of nanotechnology came only in 1981, when the scanning tunneling microscope invented by H. Binning and H. Rohrer made it possible for scientists not only to image individual atoms, but also to manipulate them.

These tools are still in the arsenal of tire companies’ research centers, but they were still not enough.

For example, consider the situation with the inclusion of silica in the blends. The whole problem is that the chemical properties of rubbers and other polymers are radically different from silica and combine about as readily as oil and water. This means that simply mixing the components together will give us separate large clumpy lumps of filler and separate sections of rubber mass that have no filler in them. And now imagine trying to make, well, let’s say, a slingshot rubber band out of such rubber. It, firstly, will not produce the expected throwing force, and secondly, it will tear very quickly, because it will be stretched unevenly, and the boundaries of areas with different properties will serve as stress concentrators.

So, we need a substance that can cover the surface of silica particles and make it similar in its properties to the surrounding polymers. Such substances are, for example, bis (triethoxysilylpropyl) tetrasulfide and its analogs. Their molecules consist of two parts, one of which easily binds to silicon dioxide and the other to the mesh of the vulcanized polymer. But even having such a substance, it is required to distribute it evenly on the surface of the particles, otherwise they will still stick together, because the molecules of the masking agent, alas, have no ability to aggregate on their own.

To study this process, Toyo Tires specialists applied synchrotron methods that allow them to directly, at the nanoscale, see how the material deforms. The RIKEN laboratory’s SPring-8 synchrotron, located in Hyogo Prefecture, was used for this purpose. This huge facility (the synchrotron ring is 1,436 meters long) can receive a beam of charged particles with energies up to 8 GeV. This high energy makes it possible to penetrate deep into the mass of matter and record the processes occurring at the molecular level in the form of a “movie.

It was the study of samples at the synchrotron that made it possible to study the dispersion of fillers in the rubber material and the processes occurring in it during dynamic deformation.

On the basis of these studies, a mathematical model describing the processes in the rubber mixture was built, which, in its turn, made it possible to abandon blind selection of basic components and their proportions and move to scientifically grounded design of materials for tires with required parameters.

Now Toyo Tires specialists work in the following cycle: first they conduct virtual experiments on the model, then they create a real sample, test the compliance of real parameters with the theoretically predicted ones, and, finally, the experimental mixture goes to mass production.

But even here, things are not simple. Studies have shown how important the parameter is the uniformity of distribution and dispersion of the filler in the rubber material. To achieve the right indicators, we had to develop fundamentally new mixture preparation technologies and use high-precision methods of observing the ratios of all the components of the compound.

The fact that Nano Balance is not just a marketing name, but a real way to achieve ideal results, became clear in 2011, when Toyo Tires first managed to create the tire, which received the highest score “AAA” for low rolling resistance (and therefore the highest environmental performance) and the highest score “a” for high wet grip performance. But both traction and rolling friction are actually governed by the same parameter – the tg σ loss coefficient. Rolling friction is the loss coefficient for low-frequency deformations in the tire, and traction is the loss coefficient for high-frequency deformations. So in direct attempts to increase traction by conventional methods, rolling friction will also increase.

Well, the use of Nano Balance technology still allowed to solve this problem, which at first glance seems unsolvable. Direct proof of this is the parameters obtained by comparing the new Toyo brand with its predecessors.

For example, Toyo Nanoenergy VAN tires have 29% less rolling resistance compared to its predecessor, Toyo H08, which, by the way, means 10-15% less fuel consumption. At the same time Nanoenergy VAN has 10% shorter braking distance (when braking from 100 km/h). Another example is Toyo Proxes TR1 sports tires. If we compare them with the previous model, Proxes T1R, the use of Nano Balance technology made it possible to reduce braking distance on wet surfaces by 16% and reduce rolling resistance by 10%.