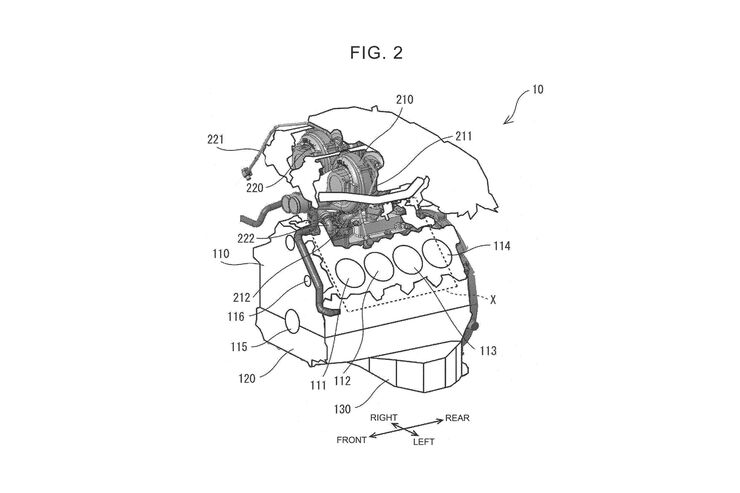 The auto industry is switching to electric drives – but now patent drawings have surfaced for a new V8 biturbo from Toyota.

The auto industry is in the midst of the most radical change in its history as it moves away from the internal combustion engine. Many manufacturers have already published concrete dates for the end of their sales of vehicles with combustion engines, and some countries have already announced when they will no longer allow new vehicles with combustion engines. This makes Toyota’s plans, which have just emerged, all the more surprising: The Japanese have patented a V8 engine with biturbo charging at the United States Patent and Trademark Office.

Toyota engineers clearly indicate the position of the new V8 biturbo engine in the vehicle in the patent with this drawing.

Six-cylinder rumors probably off the table

Last year, rumors were already doing the rounds that Toyota would cease production of its V8 engines completely and replace the powerplants with turbocharged six-cylinder engines in the future. These rumors could be considered disproved with the patent drawings that have now surfaced. 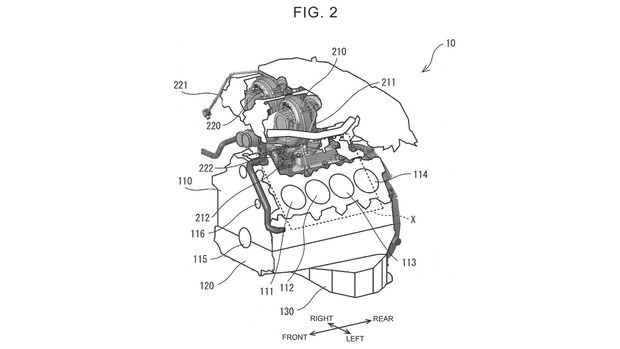 In this patent sketch, the two turbochargers sit on top of the engine.

The patent drawings show that the two turbochargers sit on top of the V8. It is possible that Toyota is planning to place the turbochargers inside the V of the engine to save space – this design has already been implemented by a number of manufacturers, first BMW in the X5 M, but also the 4.0-liter V8 biturbo from the Mercedes-AMG GT, for example, is designed in this way, as are the engines from the Porsche Macan S, Cadillac CT6-V and the power unit of the Aston Martin Valhalla. 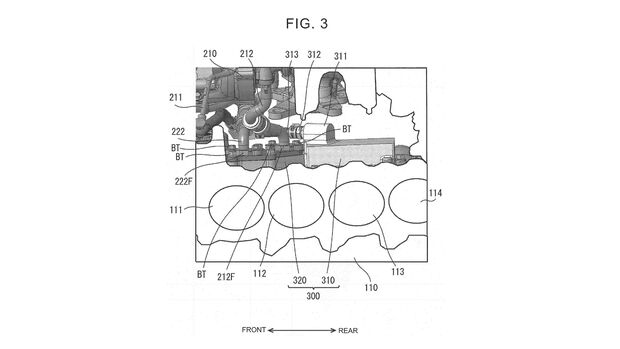 Toyota received the patent for the fully developed V8 biturbo in May 2021.

For sports models and trucks

Such engines are currently reserved for performance models. Toyota could therefore let its new V8 roar in the F models of its subsidiary Lexus, for example.

But the large Tundra pickup, the Sequoia SUV based on the Tundra, the Land Cruiser SUV and the Lexus 570 SUV based on a lot of Land Cruiser technology could also benefit from the patented engine: According to the patent specification, the unit also works with just one turbo or with classic superchargers mounted on the outside of the V on the right and left. These vehicles currently use Toyota’s classic 5.7-liter naturally aspirated V8 engine, which the Japanese have been using in its basic form since 2006. 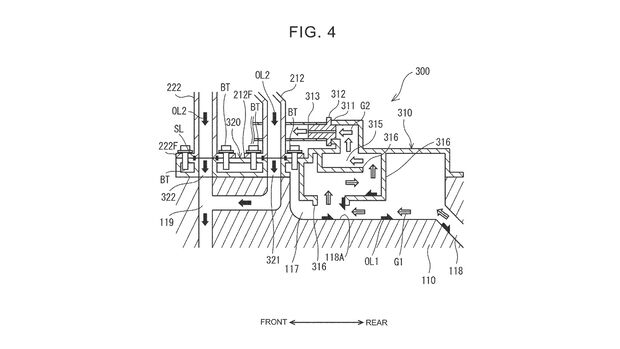 In the patent specification, Toyota also describes how the engine components work.

Previously only with supercharger kit

If the patented engine is based on the familiar V8, at least the turbocharging would be new: The unit previously offered as a naturally aspirated engine was only available for a short period in combination with an optional Eaton supercharger – for racing applications, developed by Toyota Racing Development. 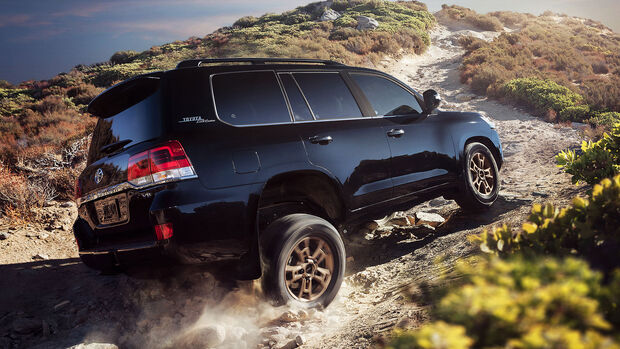 The Toyota Land Cruiser is a candidate for the Japanese manufacturer’s new V8 biturbo.

Toyota seems to have been working on the patent application since 2019 – but a patent does not necessarily mean that the technology will later appear in a production model. In our picture gallery you can find our combustion engine highlights of the past decades.

Yes, the need for them is still there for a long time.

No, internal combustion engines are now part of technological history.

Toyota has patented a new V8 engine with biturbo charging in the USA. This is surprising, since the entire industry is currently gearing up for electromobility. On the other hand, Toyota has loyal Tundra, Sequoia and Land Cruiser customers, especially in the U.S., who don’t want to do without a V8 engine on long trips through sparsely populated areas in the Midwest, for example. In addition, there are references in the patent specification to a variant of the engine with a biturbo located in the V of the powerplant – such compact engines have so far been found primarily in sporty models and could make sense in Lexus F models, for example.

The fact that Toyota has so far stuck to its application to obtain the patent speaks in favor of series production. Thus, the new Toyota V8 biturbo could be one of the last newly developed V8 engines.